The “girls” decided to get an early start today… Leaving the Albergue at 6:45…we headed off in the direction of Santo Domingo…

(Looking back on Azofra) via Ciruena where, after our first 8 k we stopped for coffee and a Danish at a golf course of all places!

Poor Dan!!! My heart burst to see the disappointment in his eyes last night and this morning, however, our first 8 k were all up hill ( look out #2!!!) and the down hills would have sent him home for long term recuperation!… He would have gotten some energy from the sight of lush green fairways though!

After Ciruena ( a small village that was the target of massive building expansion, only to leave much of it desolate with the crash), we headed again through farmland to Santo Domingo.  A lot more mixed crops… Not all grape vines, and the landscape was lush and beautiful!

We thought we might make it in time for the Sunday morning mass at the Cathedral, but discovered it wasn’t until 1 pm… We could however buy an admission to the church ( this was a first!) to see the church, cloisters and collection of artifacts… Interesting church… This is the one where they keep 2 chickens in a cage in the church ( and have done so since the middle ages)… I’ll tell you the story when I get back!  Anyway, Santo Domingo was a hermit who had been refused admission to an order of monks because he lacked wealth and an education… This sole, after recognizing the plight of the pilgrims went on to build bridges, roadways, signage and a hospital for the pilgrims passing through this area… To this day he is revered, and Santo Domingo is considered the Compostella of Rioja!

After a wonderful lunch at a bar( mine was an open faced sandwich with Chorzio sausage, a fried egg and roasted peppers) we were energized for our last push to Granon.

While we had prebooked at an Albergue, I really wanted to try the “most authentic” pilgrim experience on the Camino… I’ll tell you how it worked out after my night of sleeping side by side with 30 people on mats!!! But it’s run by volunteers( one woman is from NB) and offers dinner, bed and breakfast at a donation… Although it sounds a little wanting it is one of the cosiest atmospheres I’ve experience here! 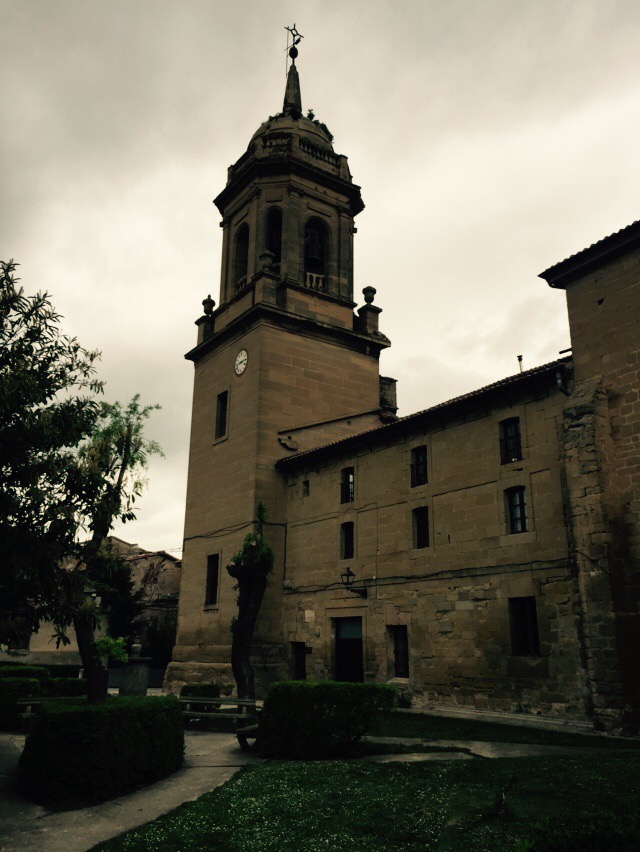 Yes, we are actually sleeping in the third story of a church building…

As we arrived in town, we met Vincent who informed us that we should wait as the Virgin Mary was to be paraded through the streets momentarily!  What an exciting event… We took this as a good omen for the rest of our stay! 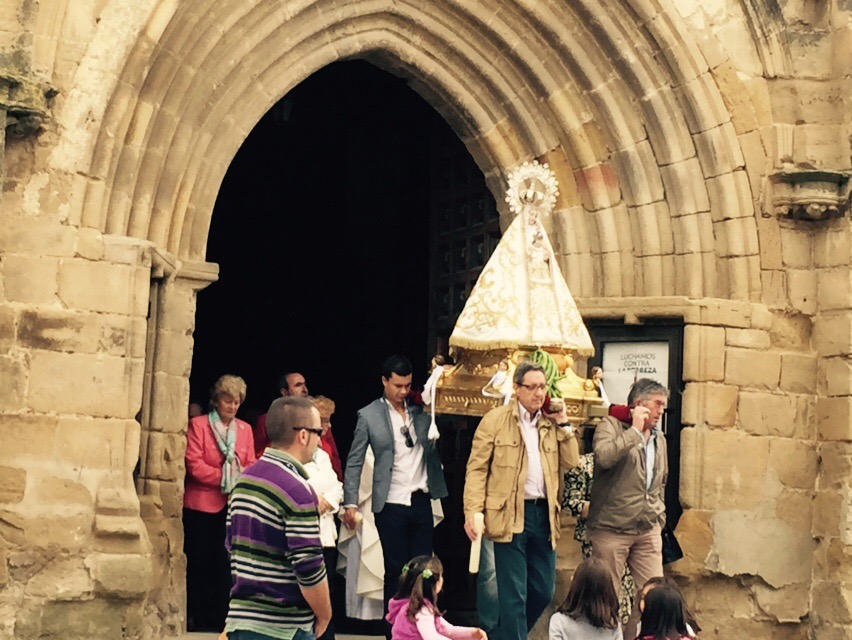 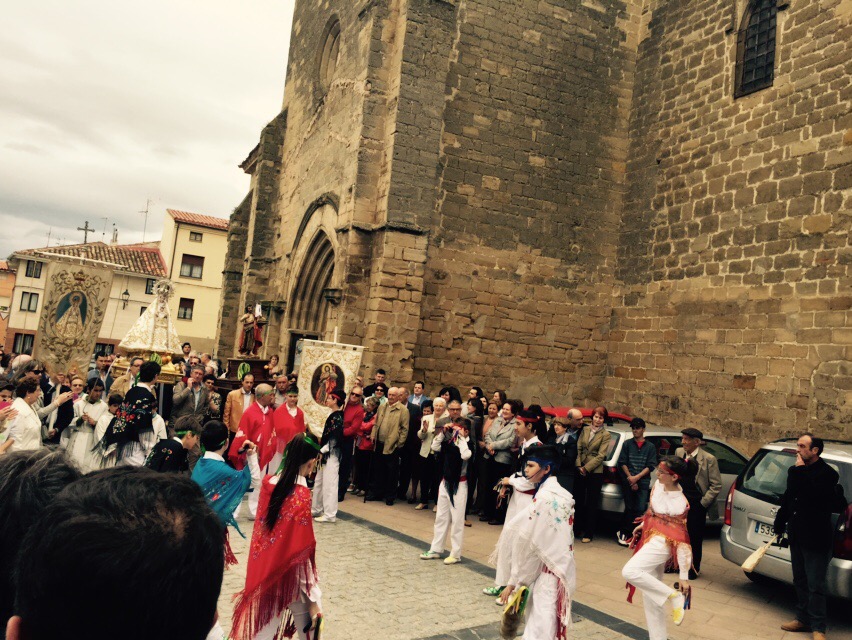 This is a celebration of May Day that celebrates the Virgin Mary and the carrying through the streets after the children’s dance pulls all the bad energy out of the streets and is a ritual for prosperity… What a great atmosphere!

Well, I’m sitting here in a bar, having a beer and missing Dan very much!  I haven’t heard from him yet, so hope he’s had success is seeing someone at a clinic, and getting the treatment he needs to get the healing process well on its way.  I look so forward to seeing him again when we reach Burgos in 3 days!

Talk to you all tomorrow!  Send lots of positive energy to Dan!  He really needs it to lift his spirits and get him on the road to recovery!