Let me start off by saying that we all felt that this would be our make or break day!

La Faba is where the “o” is on the left map of the “Alto de Poyo”.  This is a vertical relied map to show us both the climb as well as the descent we had to do to reach Triacastela…about 450 meters vertical with a few ups and downs and then 600-700 meter descent!

Well you’ll be pleased to know that all your wishes and prayers were answered re my blisters, and they gave me no problems!  Anyway, I digress…as usual the superhero pose was employed to assist us up the dark and difficult terrain …

Dan, with head lamp affixed lit the way for us all for the first 30 minutes, then the sun began to awaken the world! 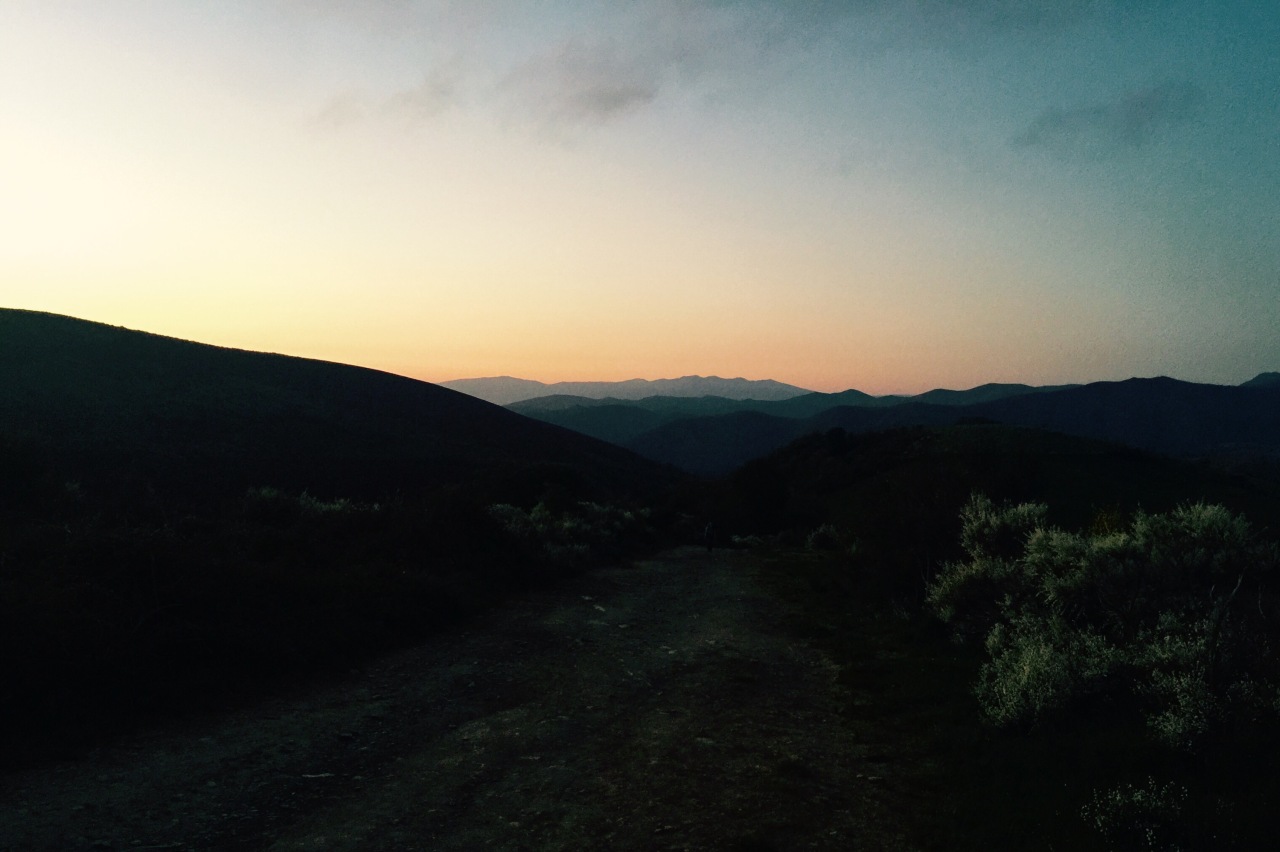 I don’t know what it is with our trip, but we keep being blessed with spectacular weather!!! Today was cold but clear… As we approached O’Cebreiro we also started climbing into low hanging clouds which gave a magical wonderland feel to everything.

As we reached the peak it was like we had stumbled upon a fairytale town.

The church in O’Cebreiro is legendary for a number of reasons. It is the oldest functioning church on the Camino with parts from the 9th century; it is also the church where the legend has a sole pilgrim struggling up the mountain through a blizzard to arouse a grumpy priest for mass for just one, when communion was given the host actually became the body and blood (apparently relics of this are still inside the church) and finally in the 70’s a priest from this church begged and borrowed yellow paint from various municipalities and began the tradition of painted yellow arrows everywhere, highlighting “the way”.

We arrived here at 7:25 am, and feared there would be nothing open for Coffee, but our fears were for naught even though the proprietor was a little snarly that early in the morning!!! With Toast and café con leche we were set to go, and low and behold, the sun came out!!!

We had acouple of more peaks to climb before we started down hill… But before those, we went through a small hamlet of San Estaban where we found a beautiful church and amazing views.

Our first peak came at Alto San Roque, where we got a pic with the Peregrino that points the way. 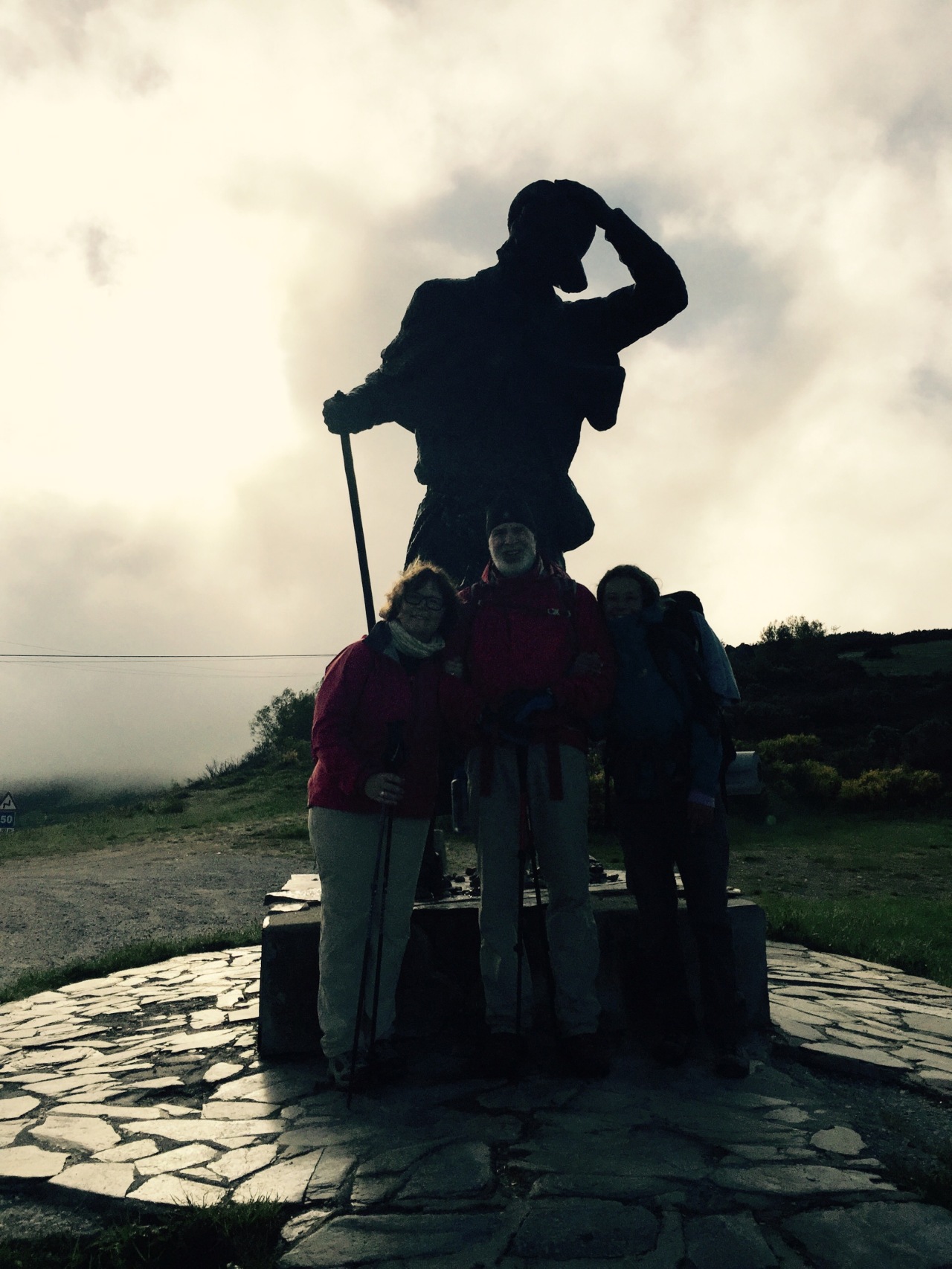 Lots of quaint villages along the way that seemed to decorate this incredible lush landscape. 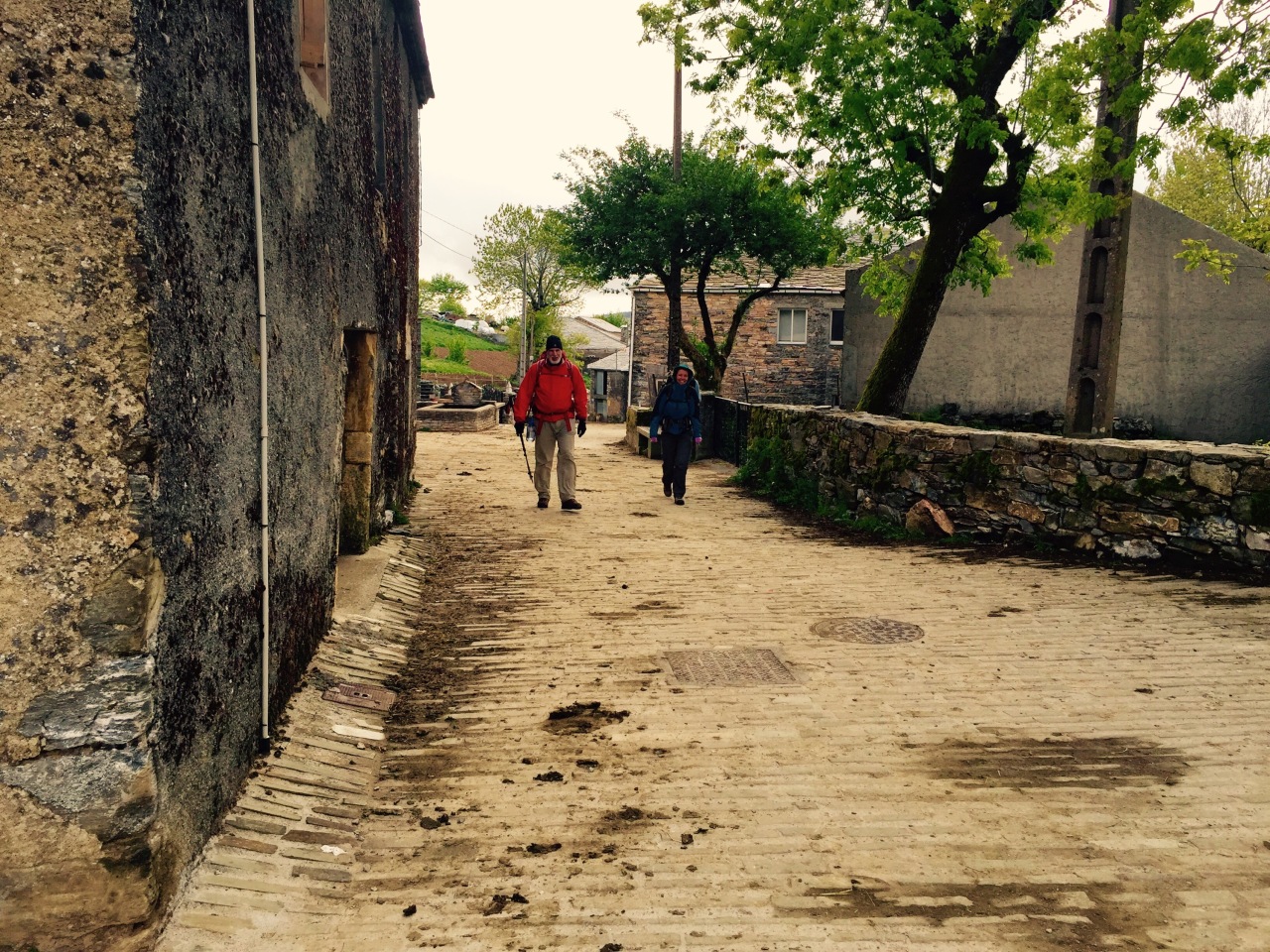 … And if you’re wondering how the cow patties seem to be on every road, here’s your first hint!  Btw, Lisa is in love with cows!!!

And of course, if we couldn’t see the yellow arrow, we had a special someone pointing us in the right direction!! 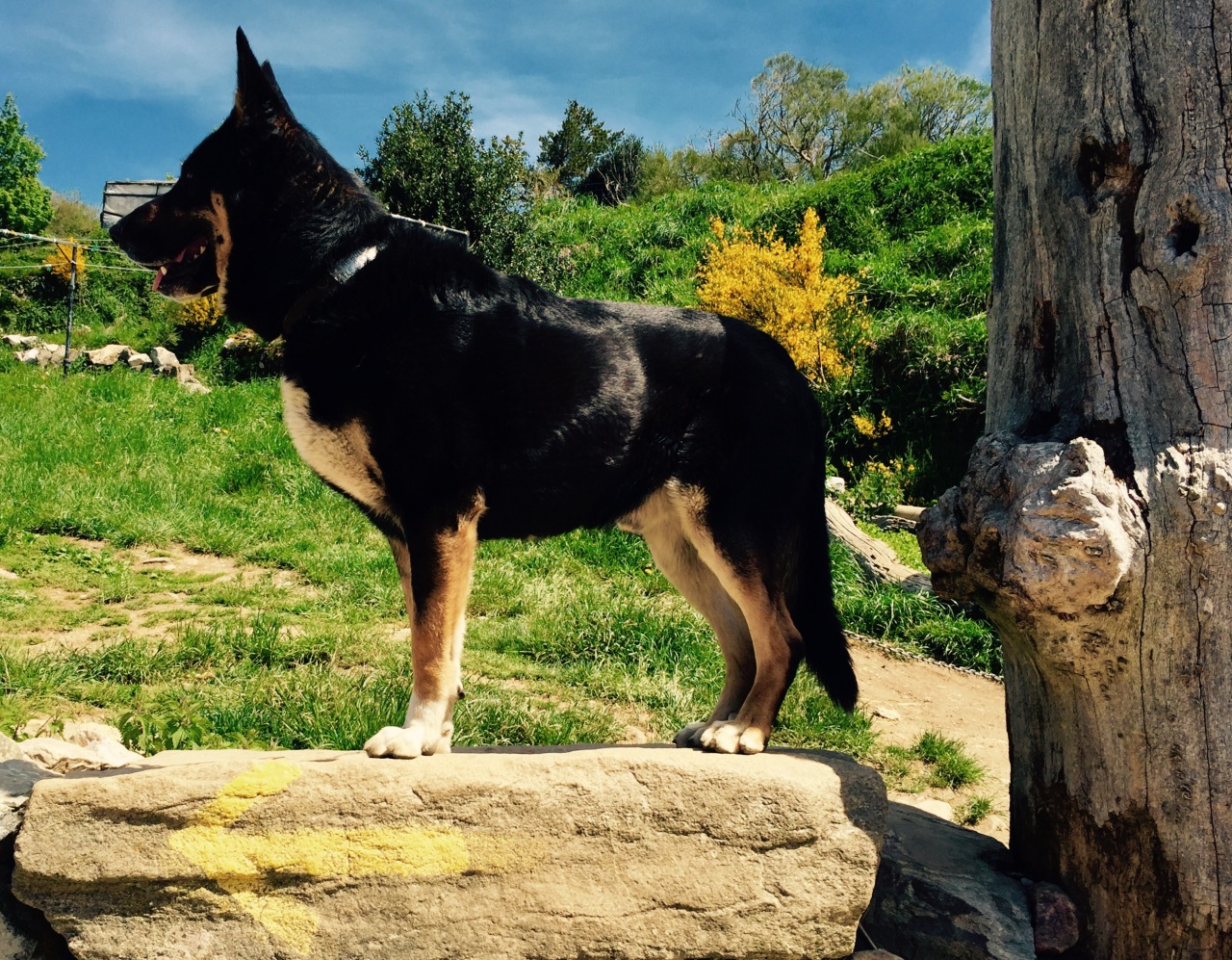 The terrain was definitely different here.  Lisa felt it was very Bavarian, as did we until we listened to some local music piped through our lunch stop bar and could have sworn we were in Ireland!  The Celtic music is very evident since we passed into Galicia, and if it wasn’t for Spanish lyrics, I would have sworn it was a Riverdance CD playing!

Our next peak before the grand descent was was Alto de Polo, at 1330 m is the highest point we will be in Galicia.  We also met up with our Spanish friend from dinner last night, so convinced him he should be in the selfie with us!!!  Francisco was a great sport, and although he spoke little English, we all made it work!

Now for the dreaded descent!  Dan and I were worried the terrain would be much like that which we experienced coming down from the Cruz Ferro (18″ of hell in the middle of heaven).  But we were wrong!!! While steep in sections, the path was relatively level and covered with fine gravel instead of the loose rocks and obstacles thrown at us at CF!   The scenery was awesome, and we made it through unscathed!!! 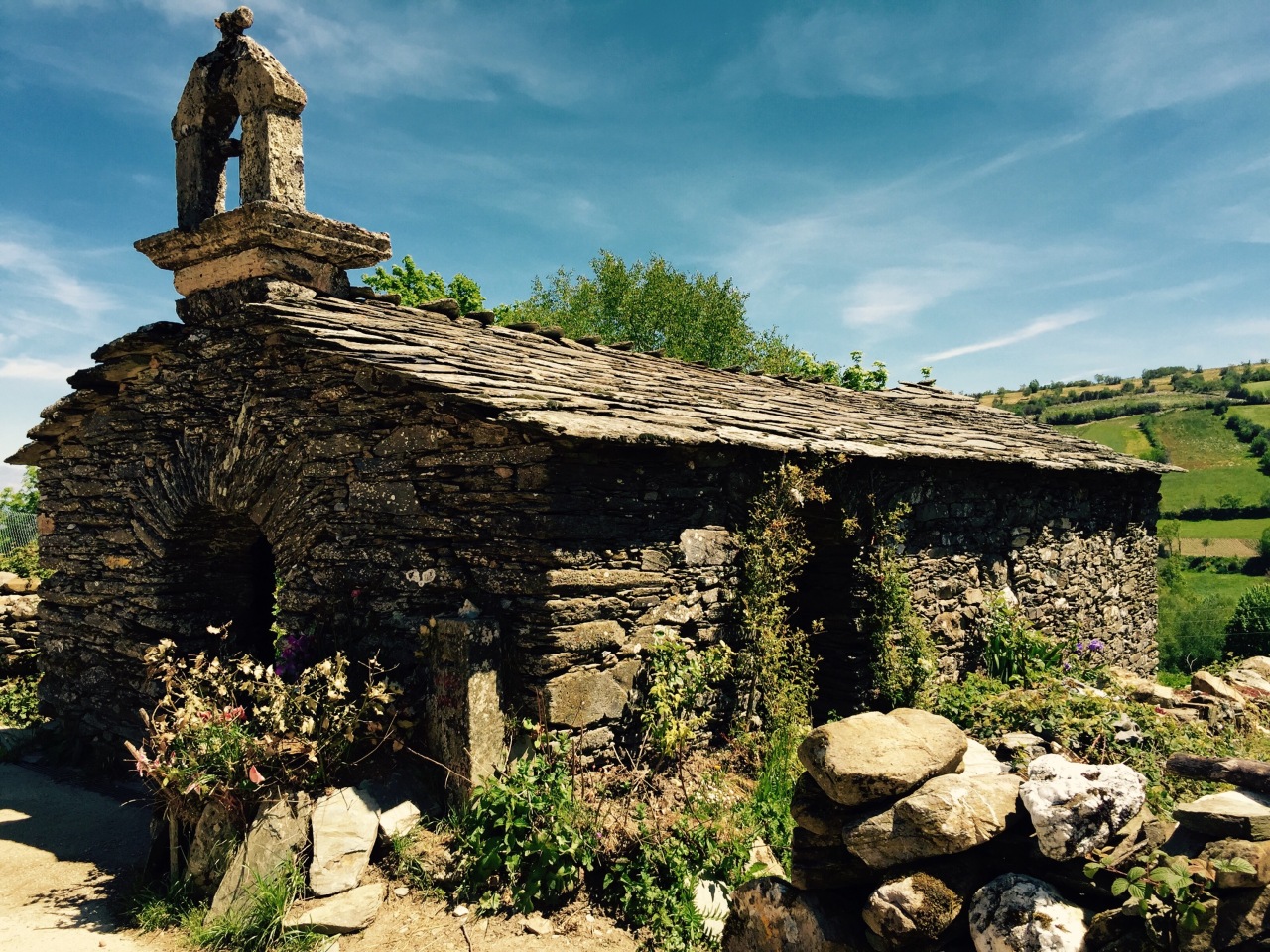 As we neared the end of the descent, we walked through tree lined paths   That were lovely!

We finally arrived at Triacastela and our Albergue is wonderful!  I think because we prebooked, we’ve been given a room that sleeps 9 to ourselves!  We can be like Little Red Ridinghood jumping from bed to bed!

Tonight, we thought about cooking, but when I looked at the local restaurant’s pilgrim menu ( seafood Paella for a starter and grilled local beef for a main, with dessert, wine and water at 10€ pp you can’t go wrong ( and we don’t have to do dishes!!) 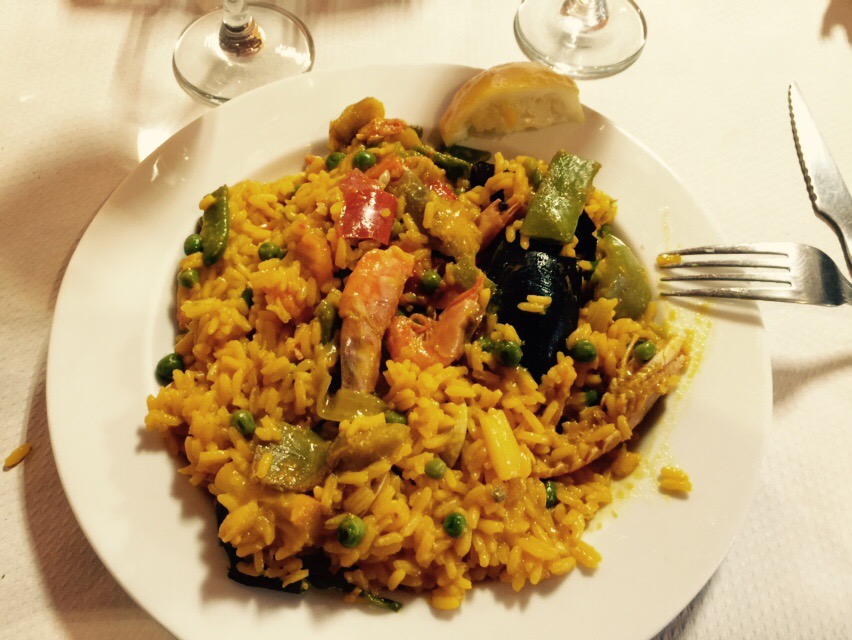 We saw Jacques at dinner tonight… He told us that he was not feeling great, and would be pushing through to Santiago over the next 4 days! (We’re taking 6 days to do the same and he’s 68 and on his 10th Camino…). He misses his home and I anxious to get back… He dies not plan on spending any time in Santiago.

We also saw Renato at dinner as well as Gregor (who has given us a recommendation for Sarria tomorrow). Wonderful reuniting with these souls again, and wishing we see others whom we miss!

Well bed beckons and I must say goodnight for another day… Tomorrow we will be within 115km!!!