Lying back on my comfy bed, with Compostella in hand I will tell you about our day!

We decided not to leave too early today (just the usual 6:30 am!) as we felt we would not be able to comfortably get to Santiago, get our Compostella and get to a 12 noon mass.  We were joined on our journey by Kim, who is from Germany and we met last night… Thanks to Kim, I got to be in our last Superheroe pose!!! 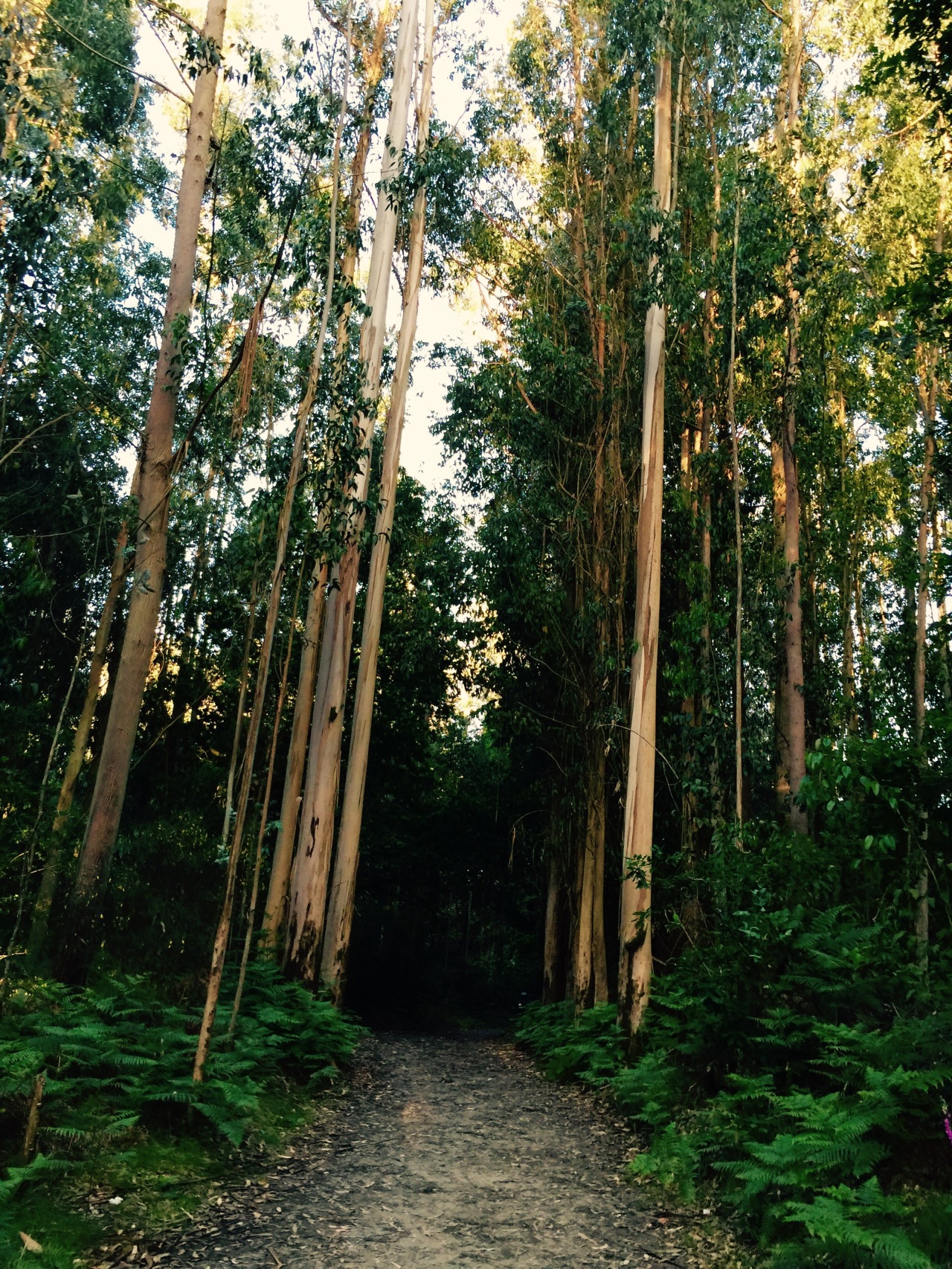 … And not too crowded a start to our day…

After  only 3.5 km, we treated ourselves to an early breakfast! 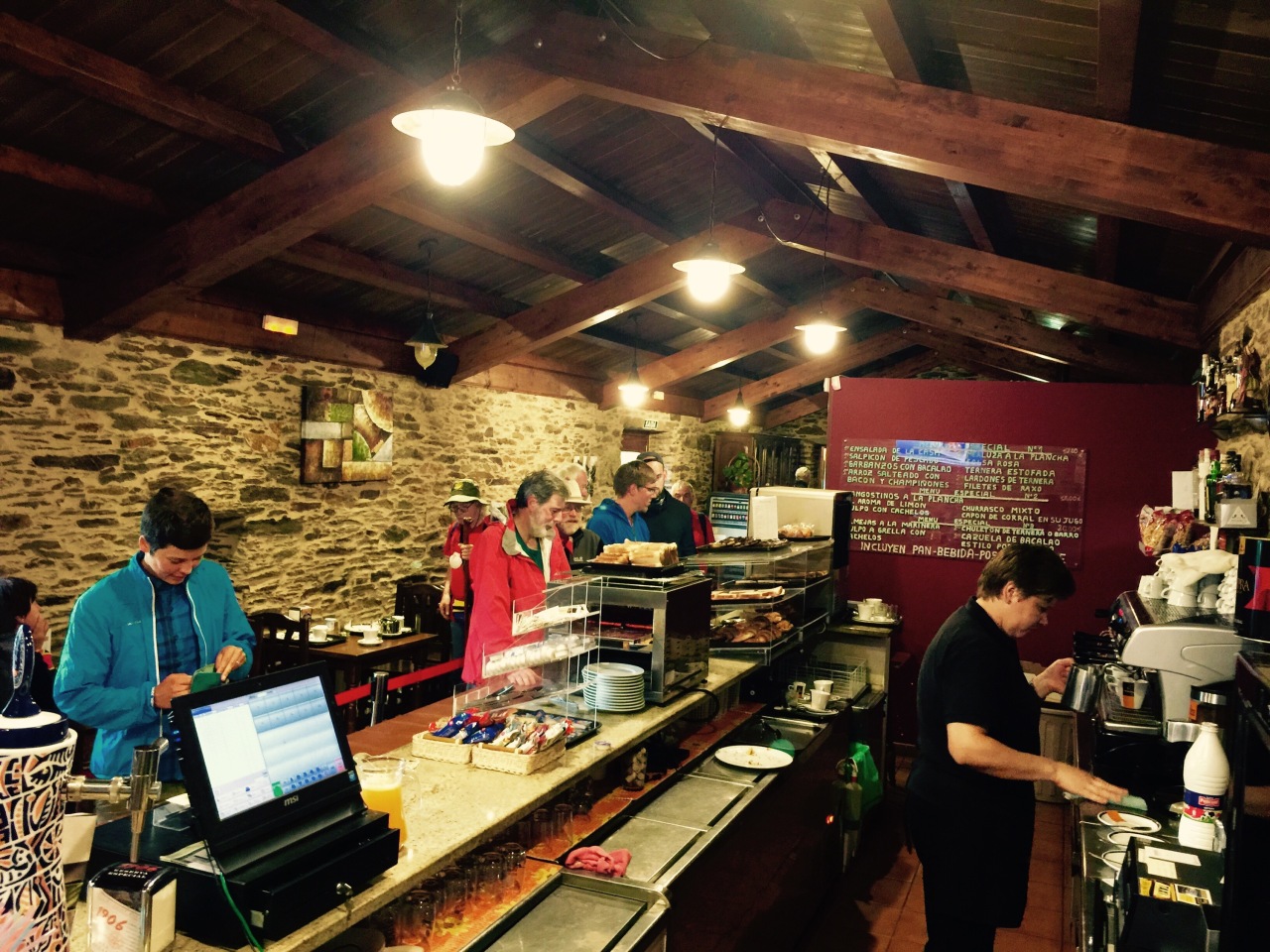 About an hour later, my foot told me it was time to rest, and low and behold there was a small chapel where Lisa, Alan and I were able to sing the pilgrims’ hymn…

The vistas continually changed as we got closer to Santiago….  As the daylight grew, our need for outerwear dimished!

….and yet the signs of Urbanization crept in… Especially when we skirted the airport!

There were still a number of villages to pass through enroute, including one of the last Lavacolla, where pilgrims came to walk and purify themselves before entering Santiago… 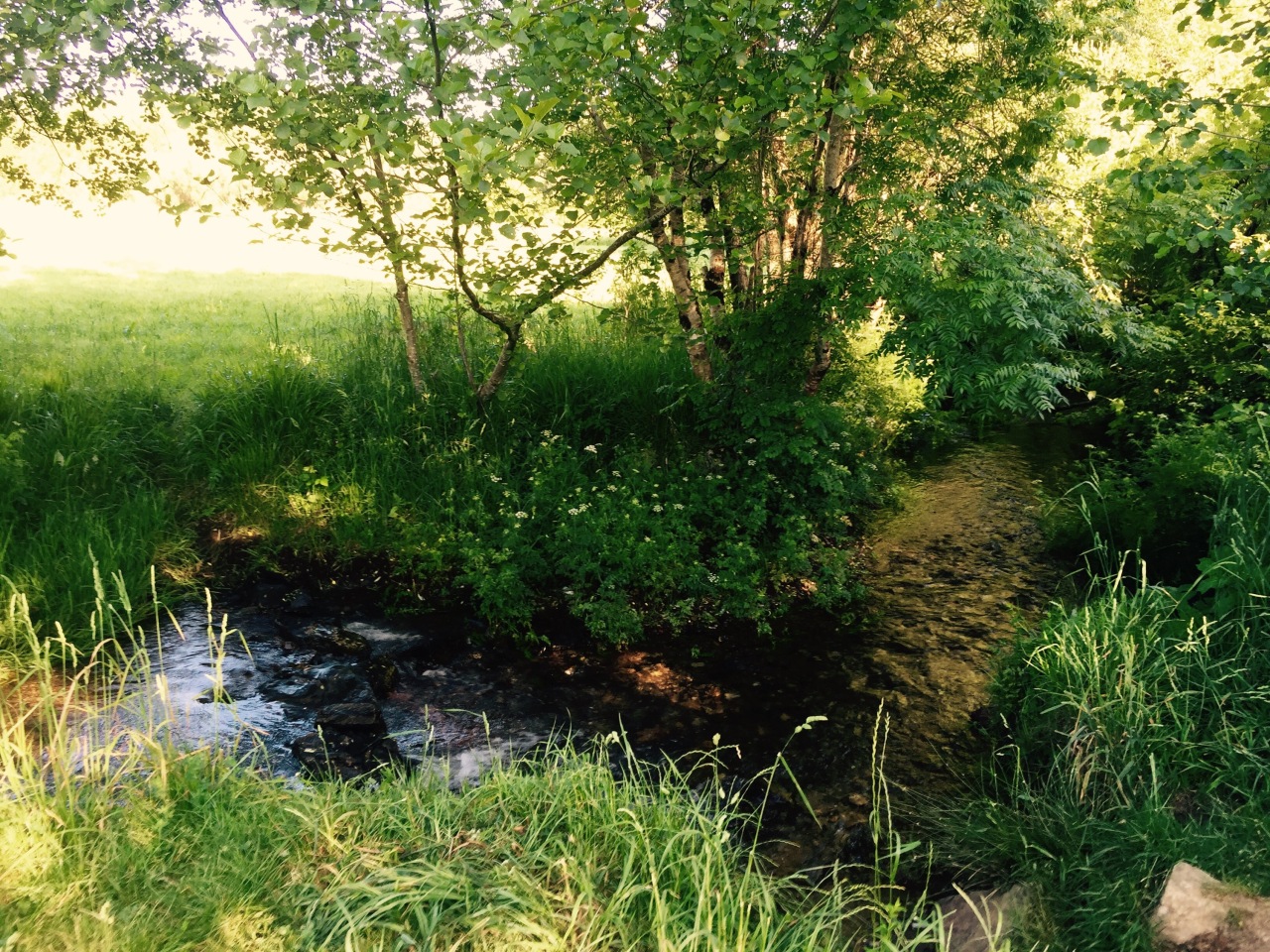 Lots of up and down hills today, including our highest climb to Monte del Gozo or Mount Joy.  (Alan would remind us as Pilgrims were are meant to suffer, wherein I would respond that my church taught me that I was simply here to demonstrate the love of Christ…. He agreed, I had him on that one!!!). In medieval times, pilgrims could stand here and see the first glimpse of the cathedral, and their exclamation of delight gave rise to the name… Now, unfortunately, all you see are the sprawling suburbs of Santiago!  There, however, was a lovely empty chapel there where Alan and I sang “He who would Valiant Be”. (What I have referred earlier to as the pilgrims hymn) interestingly the tiny chapel filled with a number of pilgrims who thanked us for the song… One Canadian woman thought it was the perfect blessing for her as she entered Santiago!
A monument at the top commemorated Pope John Paul II visit and stands sentinel over the city.

As we neared the city, we kept looking for the km markers, and there were none to be found.  Fortunately our book said we were about 1 km from the cathedral as we stood outside the old city…we of course needed to mark the occasion with our song that had carried us through the last few days…  Jamie and Hanna guarded the bottle as we all sang the last verse of the song!

Now we were ready to enter the old city…. We walked through the streets, only blocks away from the cathedral and pilgrims before us greeted us with Buen Camino, as did the many locals.  As we approached the church a 2 man band was playing some traditional Basque music, the crowds were thicker and as we reached the Cathedral it was clear that the noon mass had just finished!  We met a few people we had seen along the way included Gregor who greeted us with warm hugs…. We also saw Natalie ( polish vegan that we first met in Orrison… How she survived on her diet is beyond me!!!) Marus our Latvian friend, Mikal, lutz and Rolf our German friends… It was certainly a warm celebratory atmosphere….

Now, off to get our final stamp in our credential and our Compostella!  The line up was long… On the street ….

…and within the courtyard…

But finally it was our turn…

and we are officially given our Compostellas!!!

Now off to find our hotel, get a much needed shower and rest… Back together at 6:30 for dinner!

We all met at the Cathedral ( thinking there was an evening pilgrim mass but wasn’t), so bonus… Off to an early dinner!  When who should we run into, but Judith chatting with Andreas!!! We were so glad to see her and give her our congratulations in person!

Now, off to our dinner… Kim had researched the best pasta place in town as that was what Lisa wanted…. Guess who out of the 5 of us did not have pasta!!!! But Lisa had a wonderful veggie pizza…looked like a work of art!!! The celebration dinner live up to its name!

We topped off our dinner with Gelato… Delish… Then off to bed… With no alarm for the morning!!! I’ll probably be up at 6 anyway!

Tomorrow we visit the cathedral as pilgrims, attend the mass and do a little sightseeing!…. Oh yes, I might get my hair done as well!!!! Until then, have a great day or evening! Love to all! 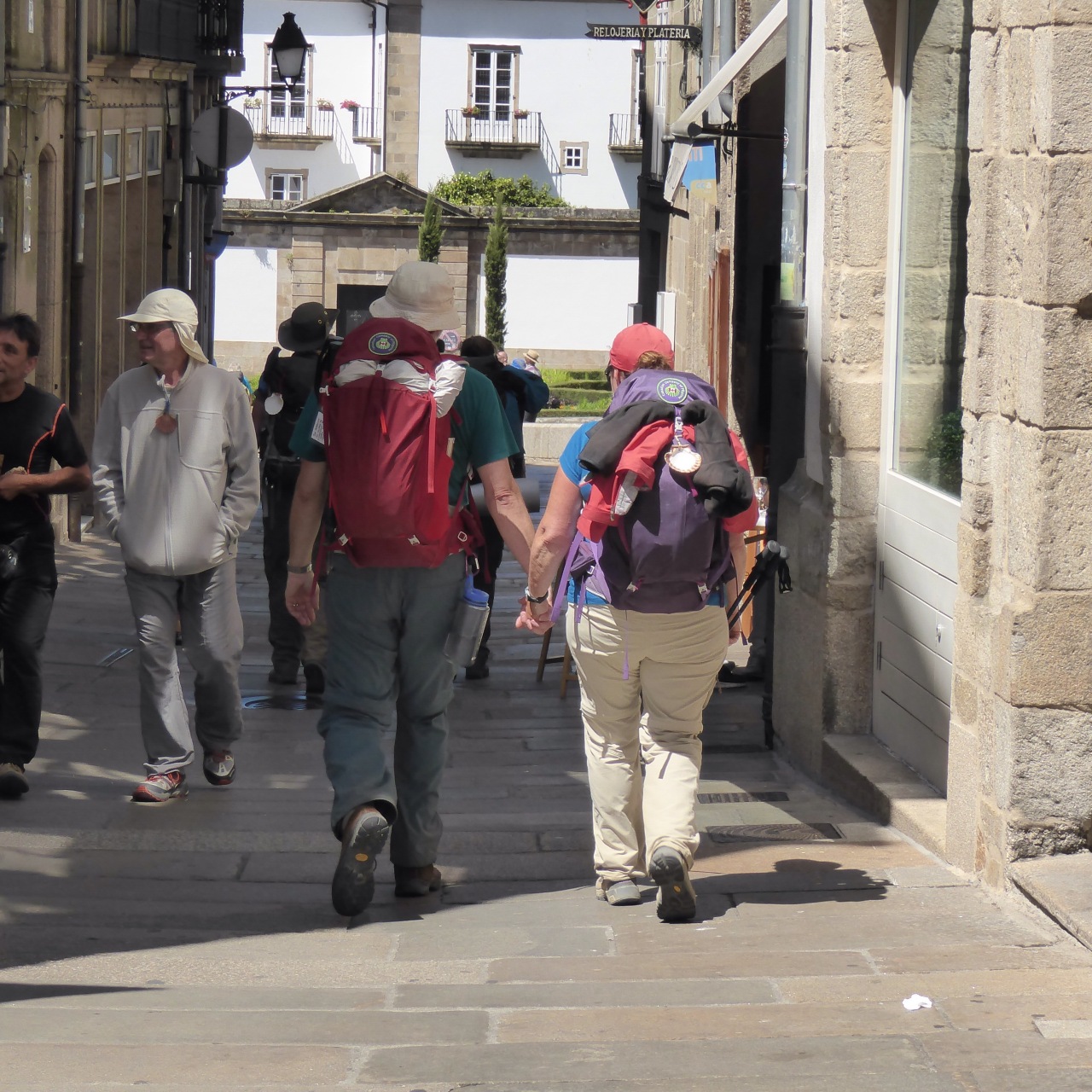