Day 18, Grassington and the surround

Today was a day planned for light hikes.  The day was a bit drizzley and was not suited to any grand walks like the days before.  Also, as it is our last day in Grassington, we thought we might get a little packing and organizing underway as well.

After breakfast we set out along the Wharfe River from our B and B to see Linton Falls. 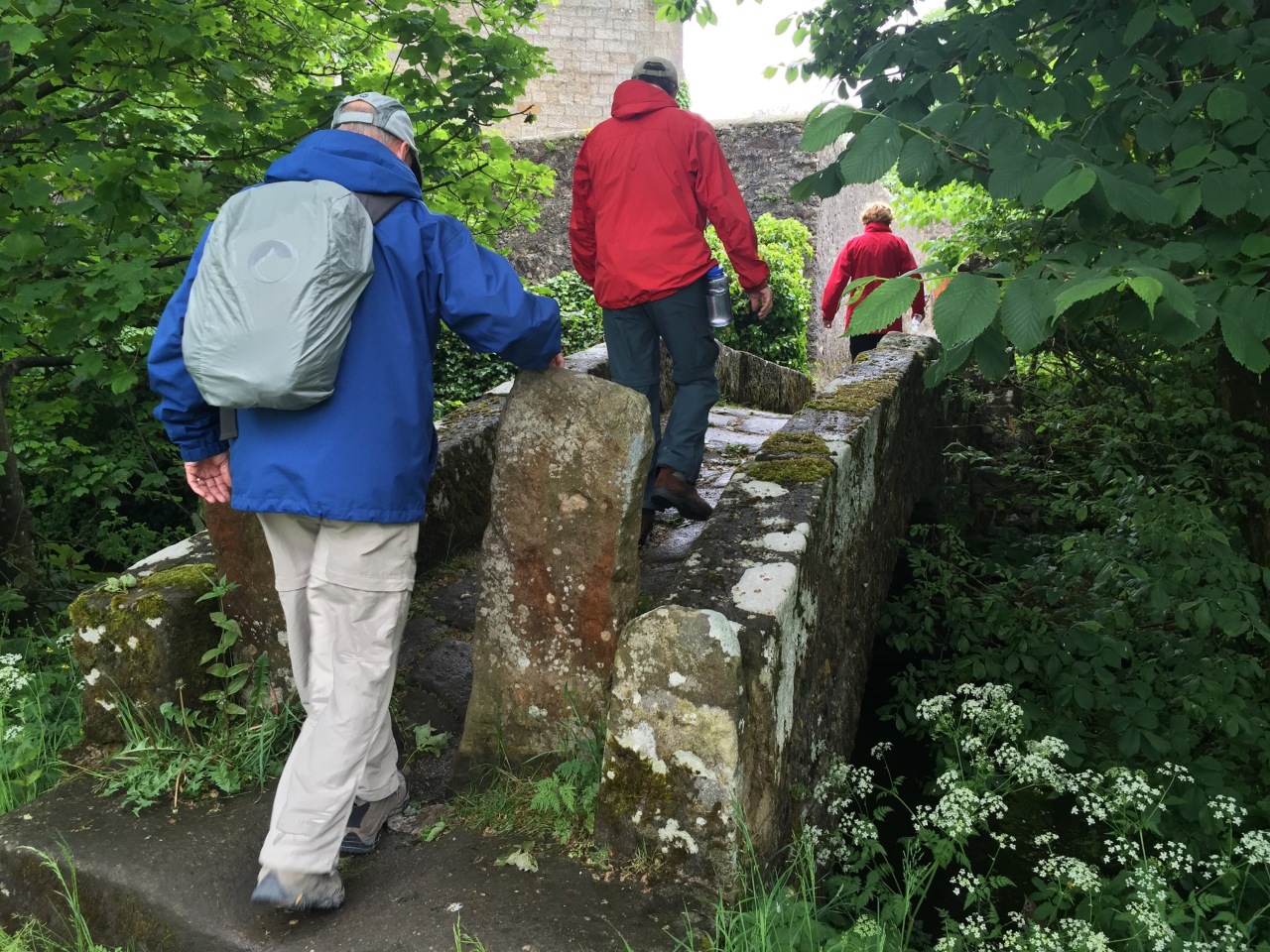 I think the greyness of the day just added to the beauty! 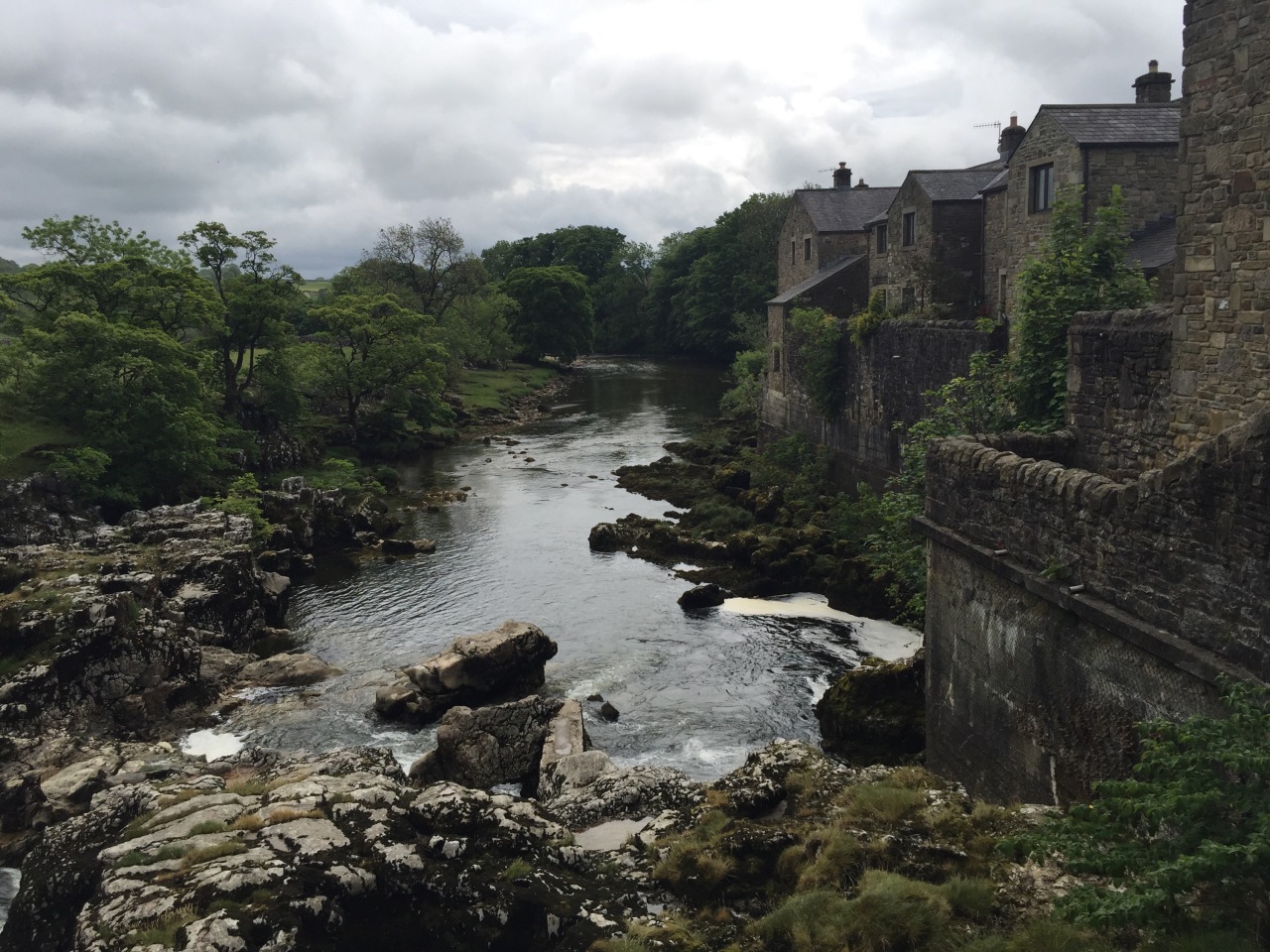 We continued over the foot bridge and down along the other side of the river until we came to the stepping stones placed there to serve as a bridge for parishioners for the little Linton Church.  As the church was built in the 12 th century to serve 4 farming towns, the stones helped assist the parishioners from two towns on the other side of the river to reach the church without having to go far up or down river to the bridge…they are a little precarious, and I was glad I brought my walking sticks! 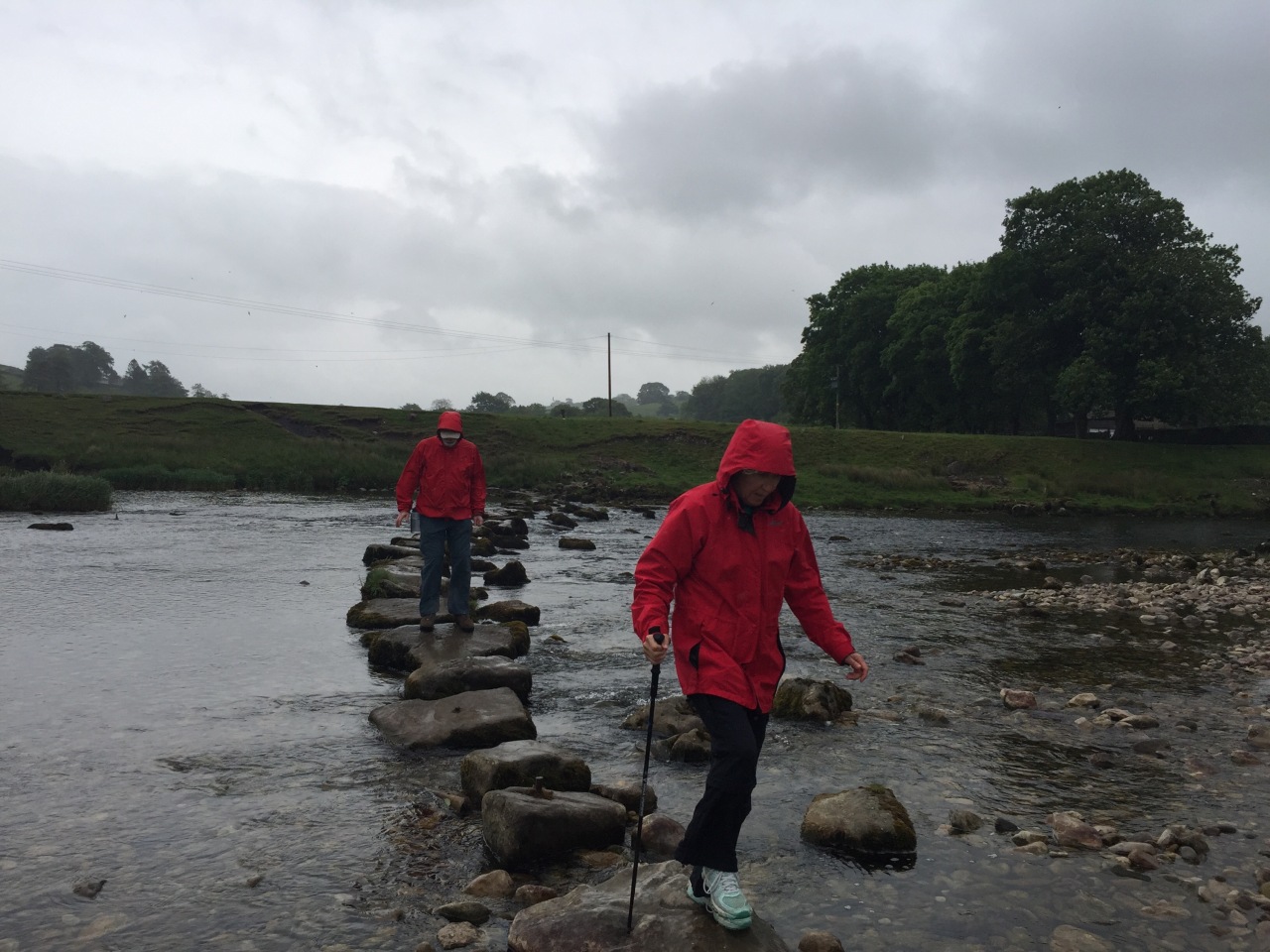 The church itself is really quite remarkable…. The Norman design very similar to many we had seen in the north of Spain as we walked through…while it looked like only a few hundred had been buried around the church, it was said that over 10,000 have been buried around the grounds there over the past 800-900 years!

While the walking was wet, the views were still fascinating …. The weather clearly wasn’t bothering the animals!!!

We came back to our rooms and made some tea to warm up, and then I decided to head out in the other direction for a little walk before heading into Grassington for some last minute things.

This time, I headed west along the Wharfe River and saw some delightful views… 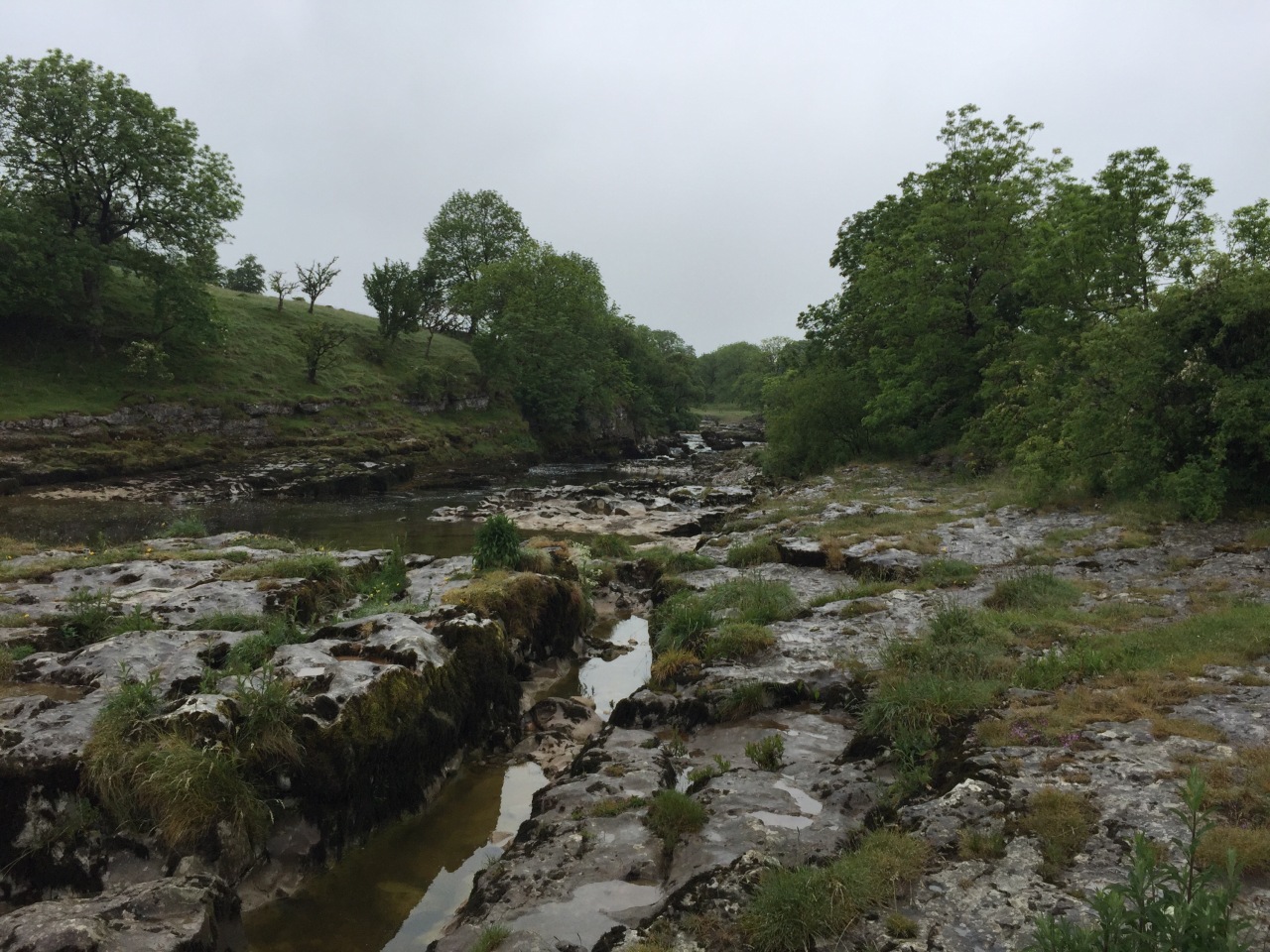 …. Including a heron taking advantage of the wonderful trout fishing found on this river.

The path wound along the river for some time, with some interesting gateways…

then up through a lovely wood before turning back for the village of Grassington. 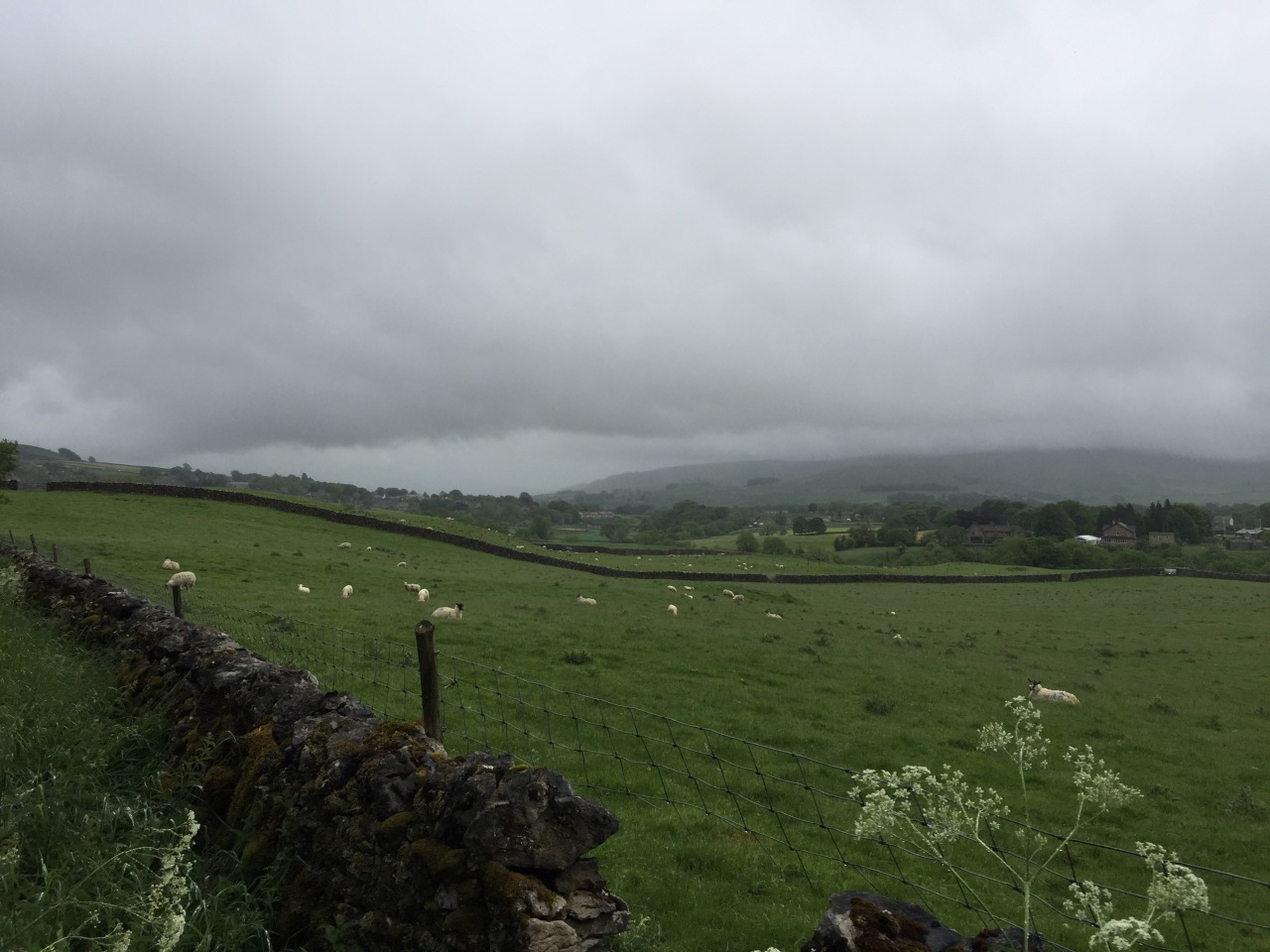 Errands done and it was time to head back for a late lunch and some packing… That’s always a challenge when you’re trying to organize 8-9 weeks of travel gear into 2 backpacks and a suitcase!!!

Mission accomplished, and the four of us got together for a drink before dinner… Then off to dinner in Grassington… Indian food, and it was delish!

Walking back to our B and B around 9-9:30, gave us some beautiful skies, as the weather was clearing and everything was brilliant with the new fallen rain. 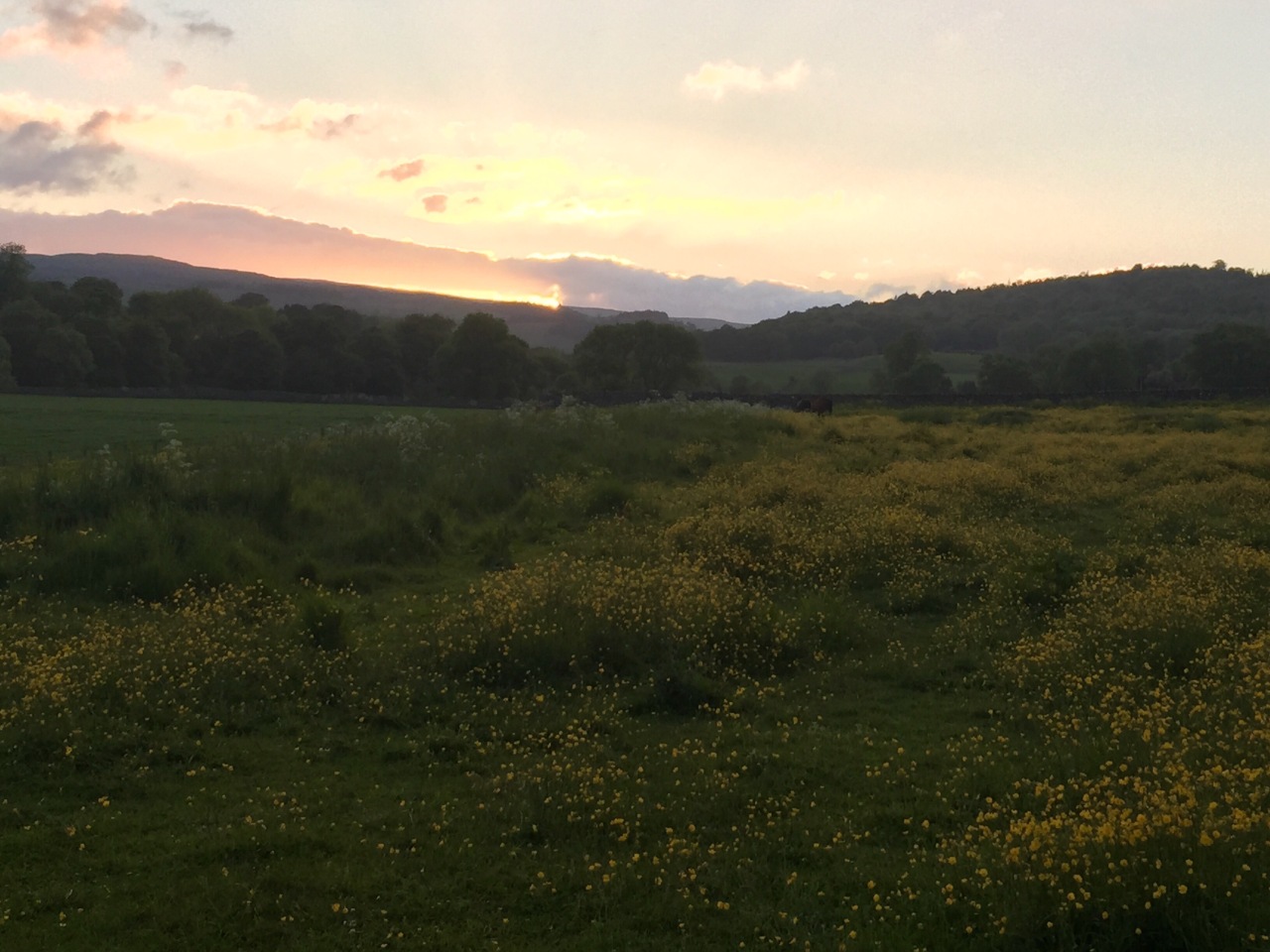 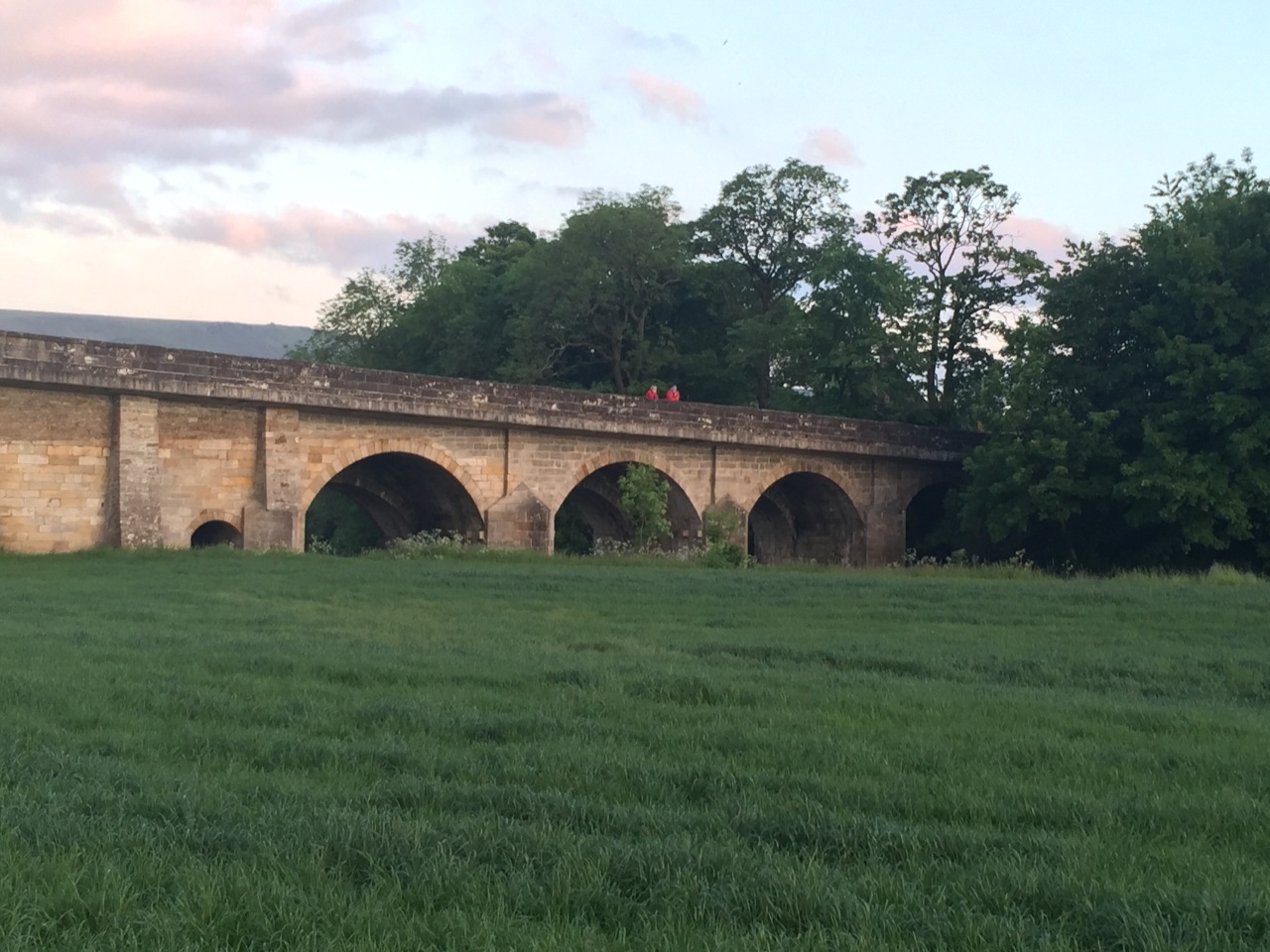 Well, back to our rooms we came for a dram or two and some cards… Girls took the evening!  Now off to bed and get some rest before we tackle the drive tomorrow…. Out of the Dales with the first stop in Derby to drop Ian and Suzanne off for a family reunion and birthday party… Happy Birthday Richard!!! Then Dan and I will carry on to London where we’ll spend a day before flying back on Saturday…

Time to say goodnight!  Until tomorrow!