Morning broke early yet again. You see we have a rooster not far from our hotel, and he enjoys waking everyone at 5 am. Oh well, I discovered there wifi worked best between 5:15, and 6:00, so that allowed me to post a couple of pics on yesterday’s blog!

Today it was time to say goodbye to San Cristobal Island and head out on our next adventure. Interestingly, we had to have our luggage checked before we boarded our boat this morning…and they do this between each island…no dirt on your hiking boots, no fresh fruits or veg…in essence no transportation of anything that will change the eco system of each island!

With all the group checked in, we began our voyage to Floreana Island. First of all, the seas were a little rougher than the previous day’s outing. I would guest that once we were out in the South Pacific, the waves were about 3 M high. While the skipper did a great job of keeping the boat as stable as possible, it was still relatively rough and a few our our team succumbed to sea sickness. Let me just say that the BEST THING EVER is the wrist bands with the acupressure point to inhibit nausea. I generally am not the greatest with motion sickness, but I was able to ride it out like it was the best ride ever at Disney!

Enough said about our boat ride…after about 2 hours, we arrived at our first destination, Floreana Island. With a population of 180 it was had a quaint village feel, although the street lights did look a little odd! There were actually more iguanas greeting us at the pier than people! 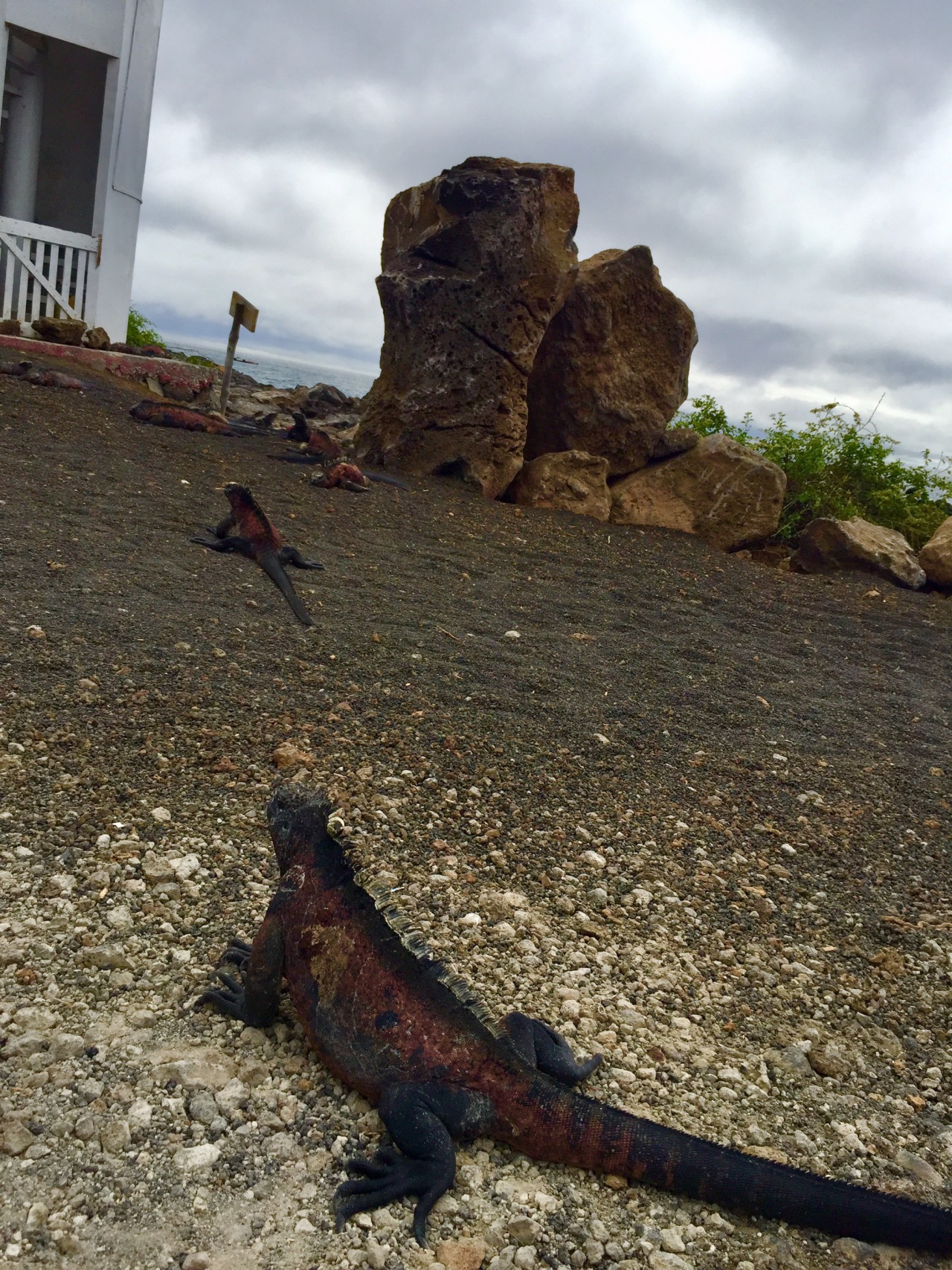 Wilson took us on a brief tour of the town, and then led us out to a beautiful beach where we had another chance to snorkel with the underwater wildlife. Here we again saw many sea turtles, and with the white sand bottom and the crystal clear water we had a field day! 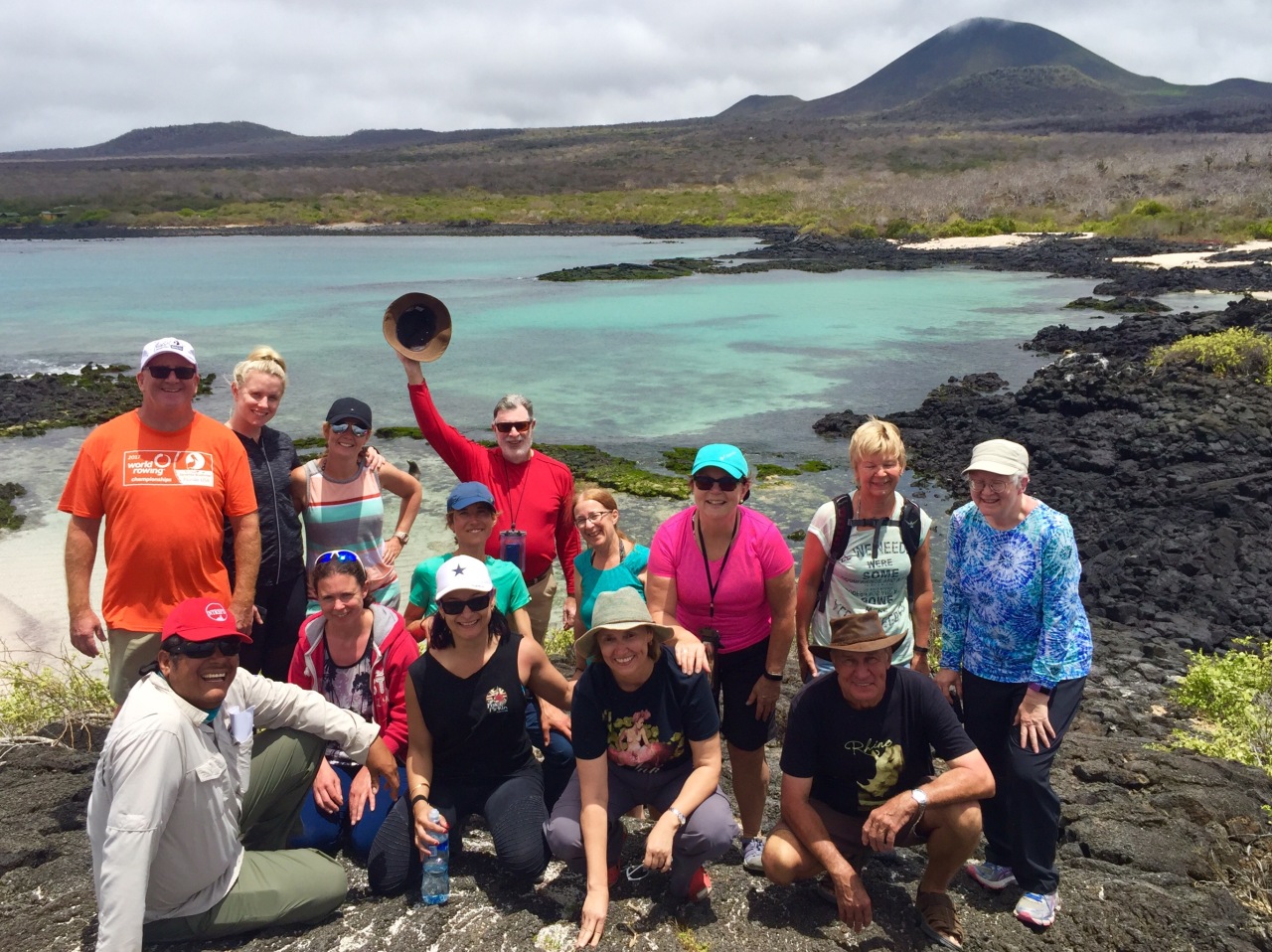 After about an hour, we returned to the village for a lovely lunch. Here we were able to purchase postcards that we could send the 18th century way….leave them addressed and is a barrel by the pier where anyone passing by could look through the cards and select one that was near a place where they were going so that they could hand deliver. We found a card addressed to Neils Peart (drummer for Rush), anywhere in Canada. The guy seemed to be quite a fan! Oddly enough, we live in the same town as their lawyer and so will be delivering via Bob when we get home! (Ian, I thought you would get a kick out of this!). We mailed a few cards to various people, so will be intrigued which get delivered and when!

Next we were off to our destination for the following three nights, the Island of Isabella. Along our route we came across the largest school of dolphins that I have ever seen. It was estimated that there were 200-300 in the school. The captain zigged and zagged the boat slowly so that we could all get a good look. They were swimming all around the boat doing acrobatics that you only usually see at Marine Land! Just amazing! You know you are seeing something special when the first mate grabs his camera and starts shooting! I got a few shots, but then just stood back and enjoyed the show! 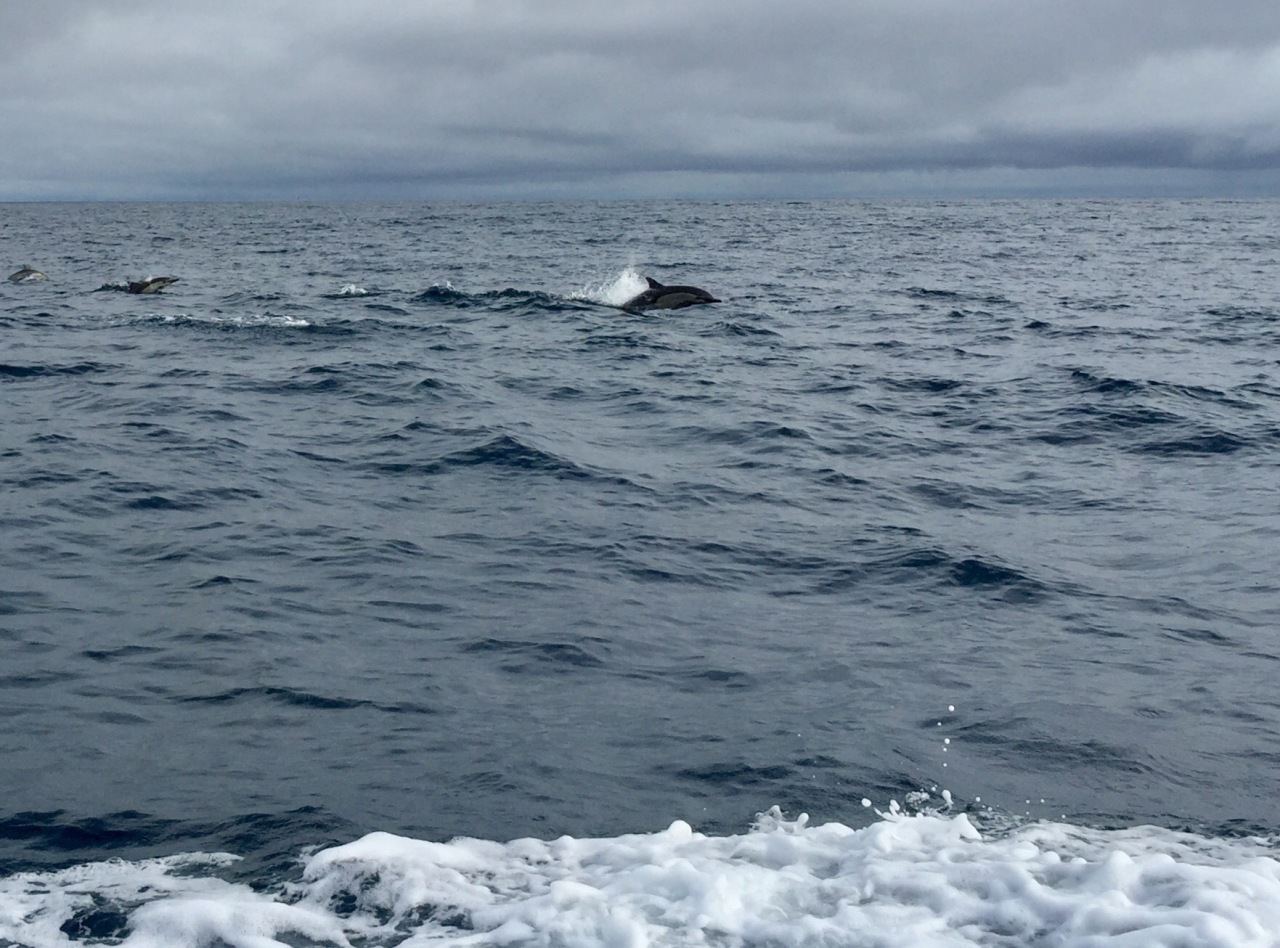 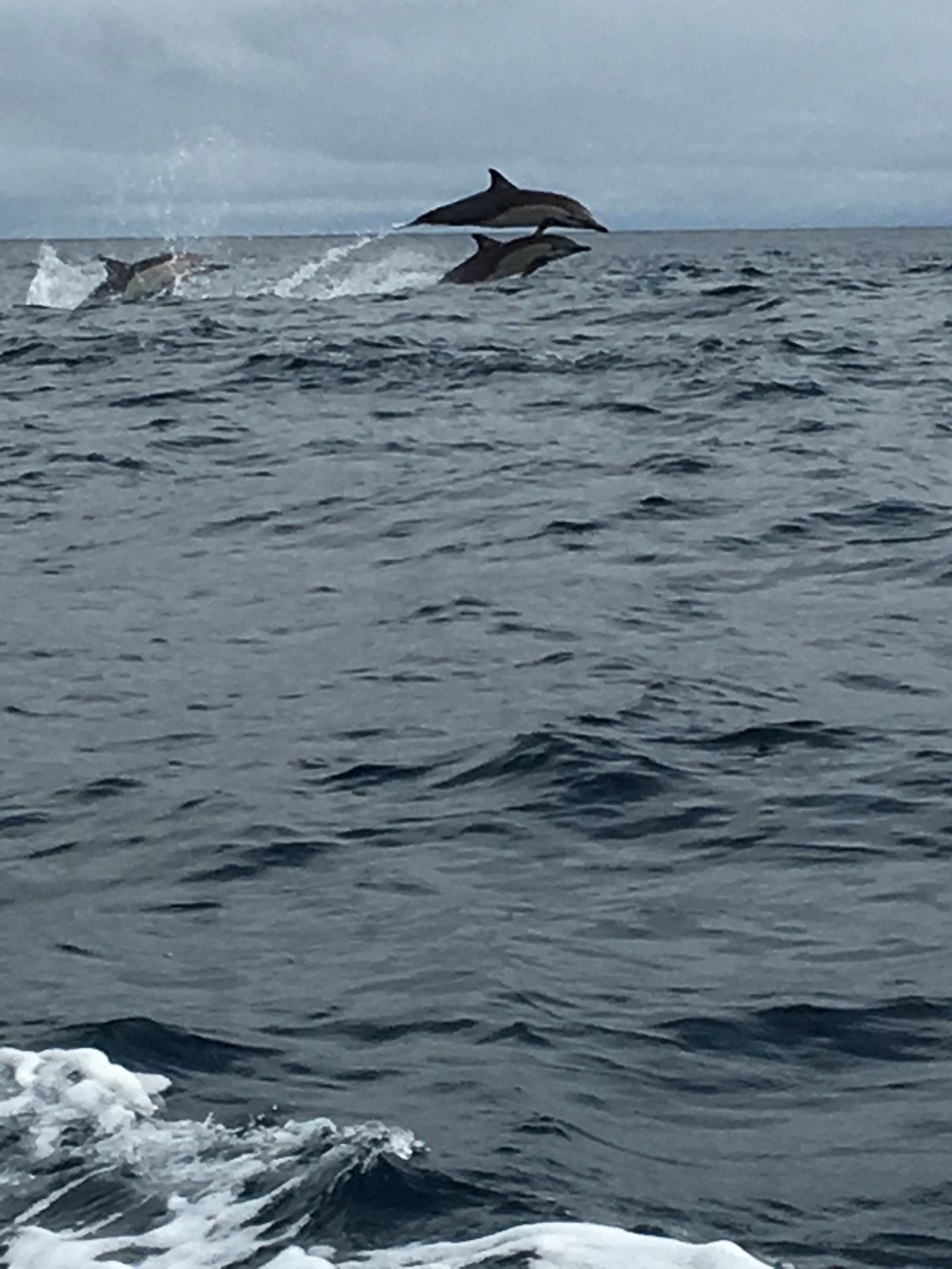 About a half hour after our dolphin experience we arrived at our final destination. We grabbed our bags and took them for clearance to have the seals removed. We then boarded a bus for the short drive to our hotel. While it boasts Internet, I can’t seem to get it in our room…I may head downstairs early tomorrow and attempt a post where the wifi is a lot clearer.

After showers, rinsing out of a few items of clothes and a wee rest we headed down to meet the gang for a walk into the village ( actually across the village) to a lovely restaurant and grill. Dan and I both had grilled Octopus which was very very tasty. With our bellies full, and our instructions received for tomorrow, we were ready to head back for a well deserved rest!

I’m really enjoying the land based Galapagos experience versus choosing a cruise where you are on board the boat for the majority of your tour on the islands. We see a lot more, we get in some really interesting hikes, we get to interact with the locals, and the fact that we are buying food, renting gear or simply going to a bar for a drink contributes to the local community and enriches all our lives.

Well, enough philosophy for one day…time to hit the sack and get re-energized for another exciting day of exploration.