Our day started early with fishing boats moving into position just after 6 am. Oh well, I guess the dulcet sounds of the loons throughout the night had to come to an end sometime!

We had intended on getting an early start anyway, so up and at em for us! We were meeting my brother David and his wife Kim in Smiths Falls, where we would be treated to an overnight delux! ( this includes shower, laundry et al).

Anyway, didn’t want to stop progress, so onto the water we went. The day was beautiful and the top of Big Rideau was like glass! 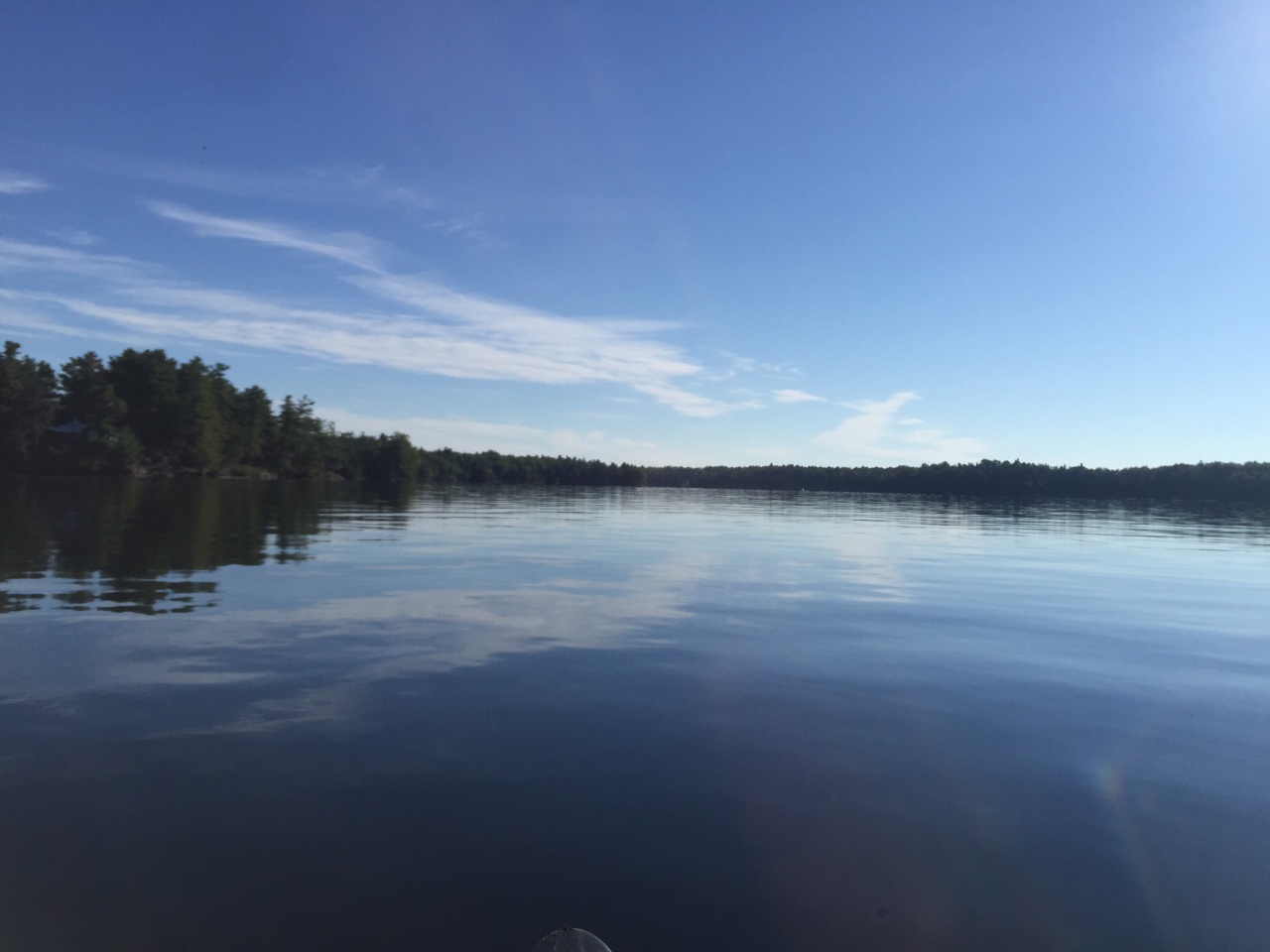 We were big boat free for the first hour or so, which was glorious. We managed to get to Rideau Ferry by about 10:15. The only thing we needed was a quick stop for water! A lovely new dock welcomed us!

After some fresh water and a little stretch we decided once again to hit the water. As we ventured out onto the water we caught a glimpse of yesteryear motoring by! 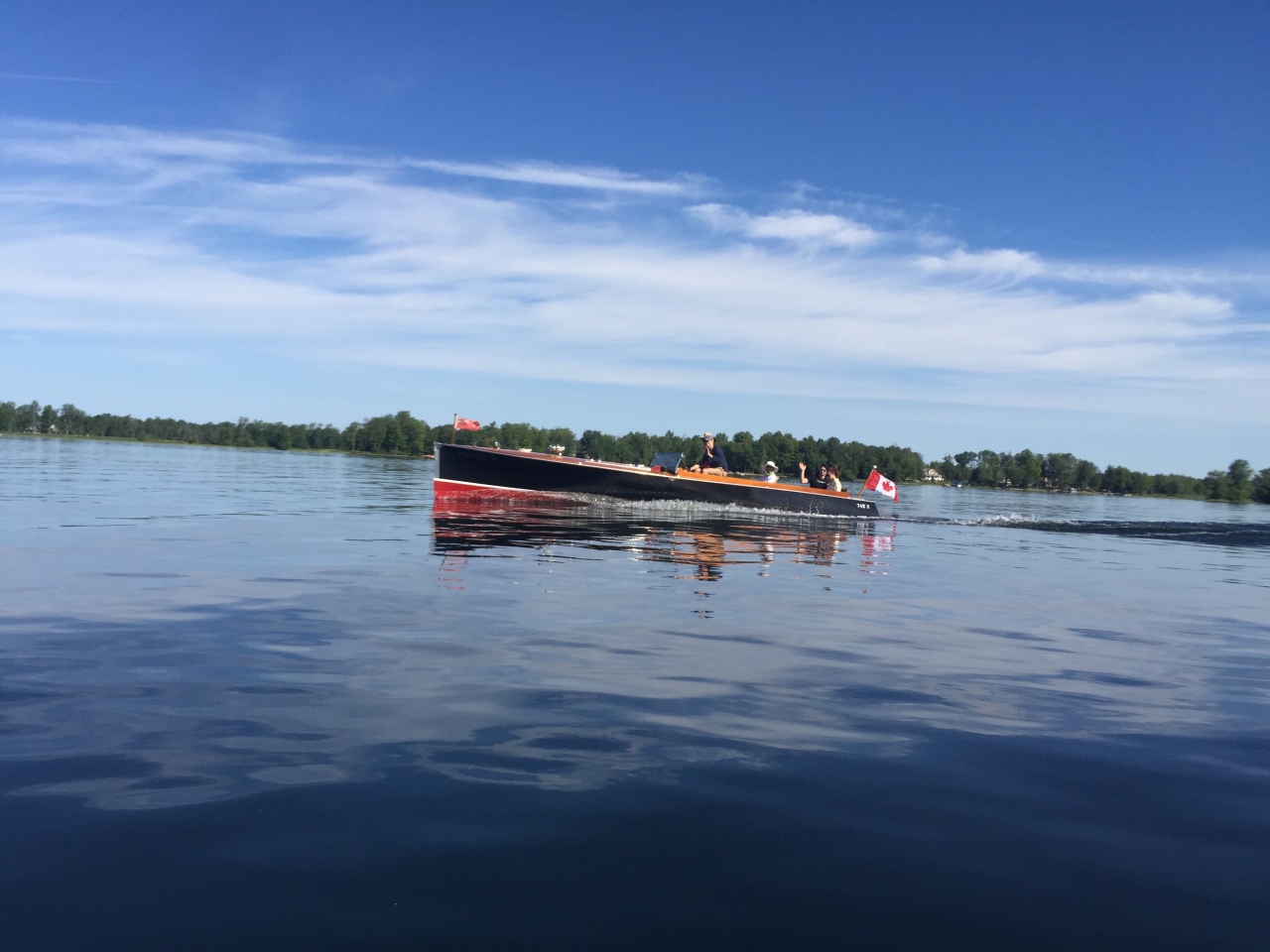 As we paddled along the Lower Rideau we started to look for the “mud cut” which is a short cut towards the river way leading to Poonamalie and our first lock of the day. Well, suffice it to say that our short cut search took us twice as long as the regular way would have! Oh well, the mini trail mix that we ate an hour before would have to hold us another half hour until we got to the lock!!

The lock is preceded with a newly refurbished canal route… which would have been lovely had we not been exhausted from our previous caper! 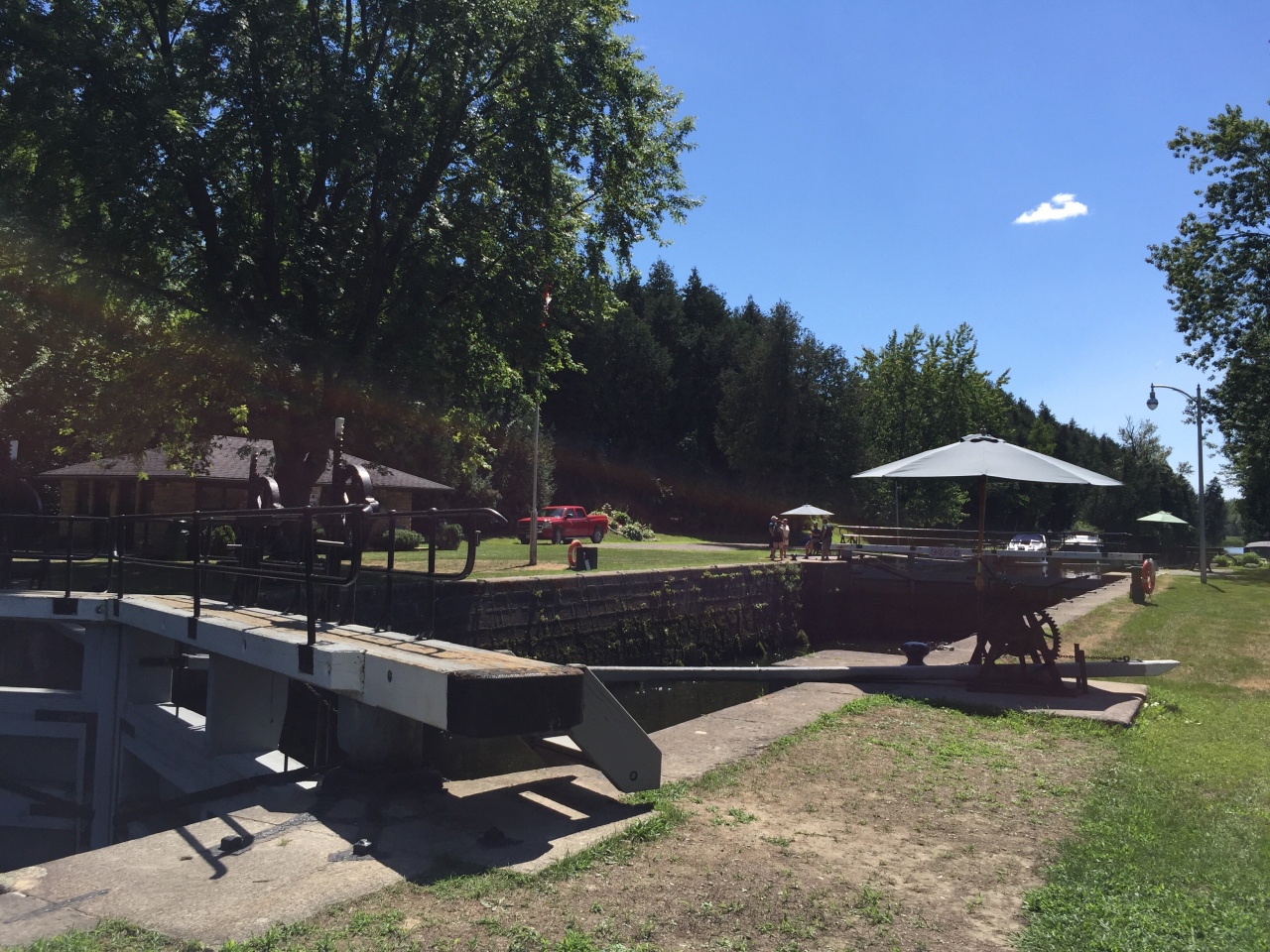 We took time out at the lock station to have some lunch and take the pause that refreshes. And then off again down a narrow channel enroute to Smiths Falls.

The narrows opened up only slightly before Smiths Falls. The river shore flattened and was very reedy, but paddling was pleasant, the weather cooperative and we made it to our destination with two smiling faces to greet us!

After the canoe was loaded on the car and the gear stored we were off to David and Kim’s for wonderful refreshments! Ice in drinks is such a wonderful invention!

Once showered and presentable, Kim and I headed out to reprovision… (scotch and wine were running low!) and then off to Chuckles Jack for some wonderful Indian Cuisine! Food was fabulous as well as the company!

Back home, we settled in for a nice visit and night cap, then off to bed! We had made it to the half way point and beyond today. Worth celebrating!!!