After a late dinner (which included a bag of chips as an appetizer, then dessert!) we managed to relax by a wee fire last night!

We were up fairly early ( it’s the weekend, and the campground is pretty busy so the hustle and bustle starts early!) and made a good breakfast then headed out on our hike.  We took Dan’s car to the Cape parking area and started our hike through an access path.  Dan clearly likes to “mug” for the photos!

Today’s hike appeared to follow the top of the escarpment, promising more spectacular views.  Little did we know how much up and downing we would do as well!

There were more great crevices along the path…

As well as the biggest patch of Poison Ivy that we have yet seen; and right at the bottom of a treacherous climb down rocks! 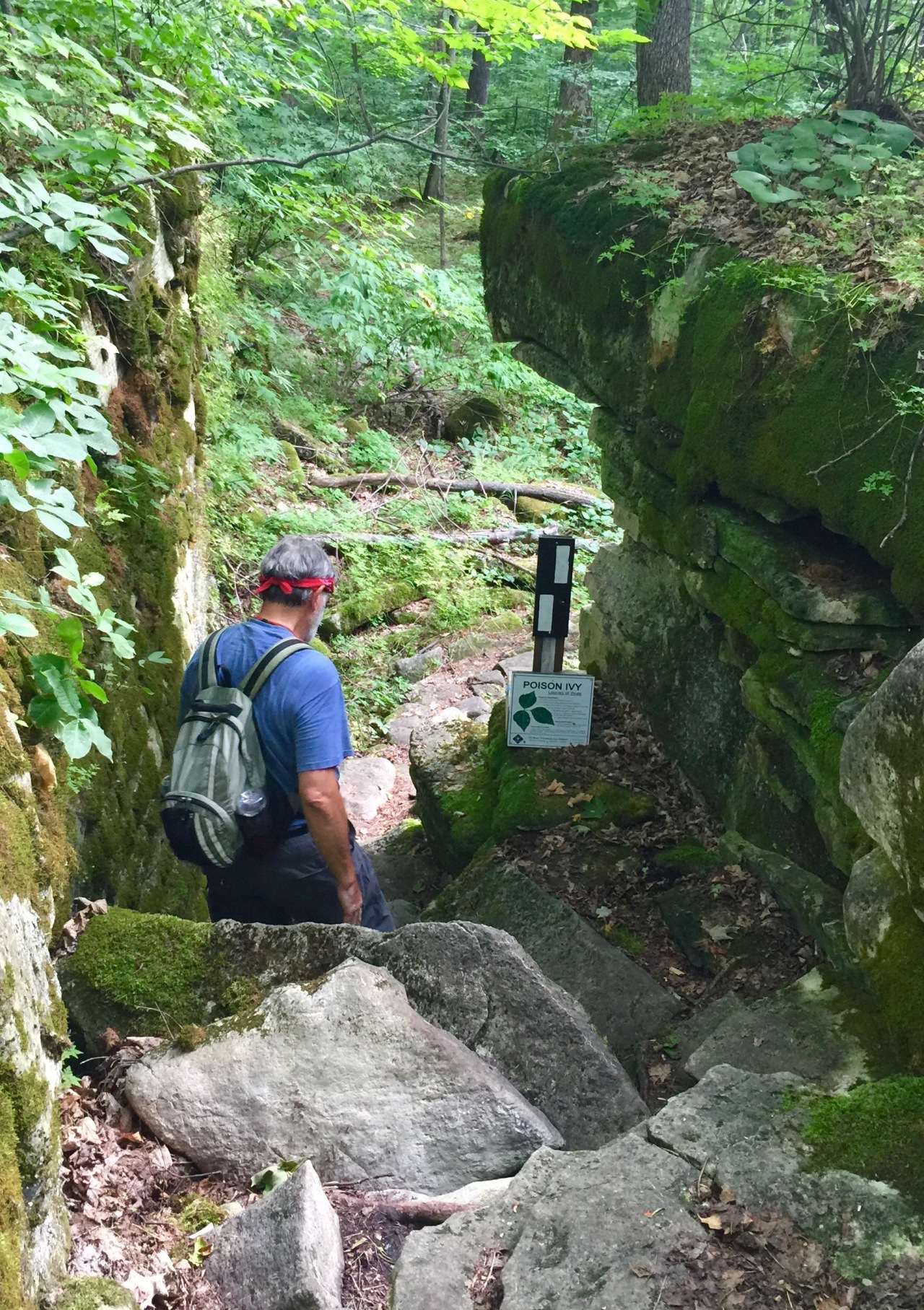 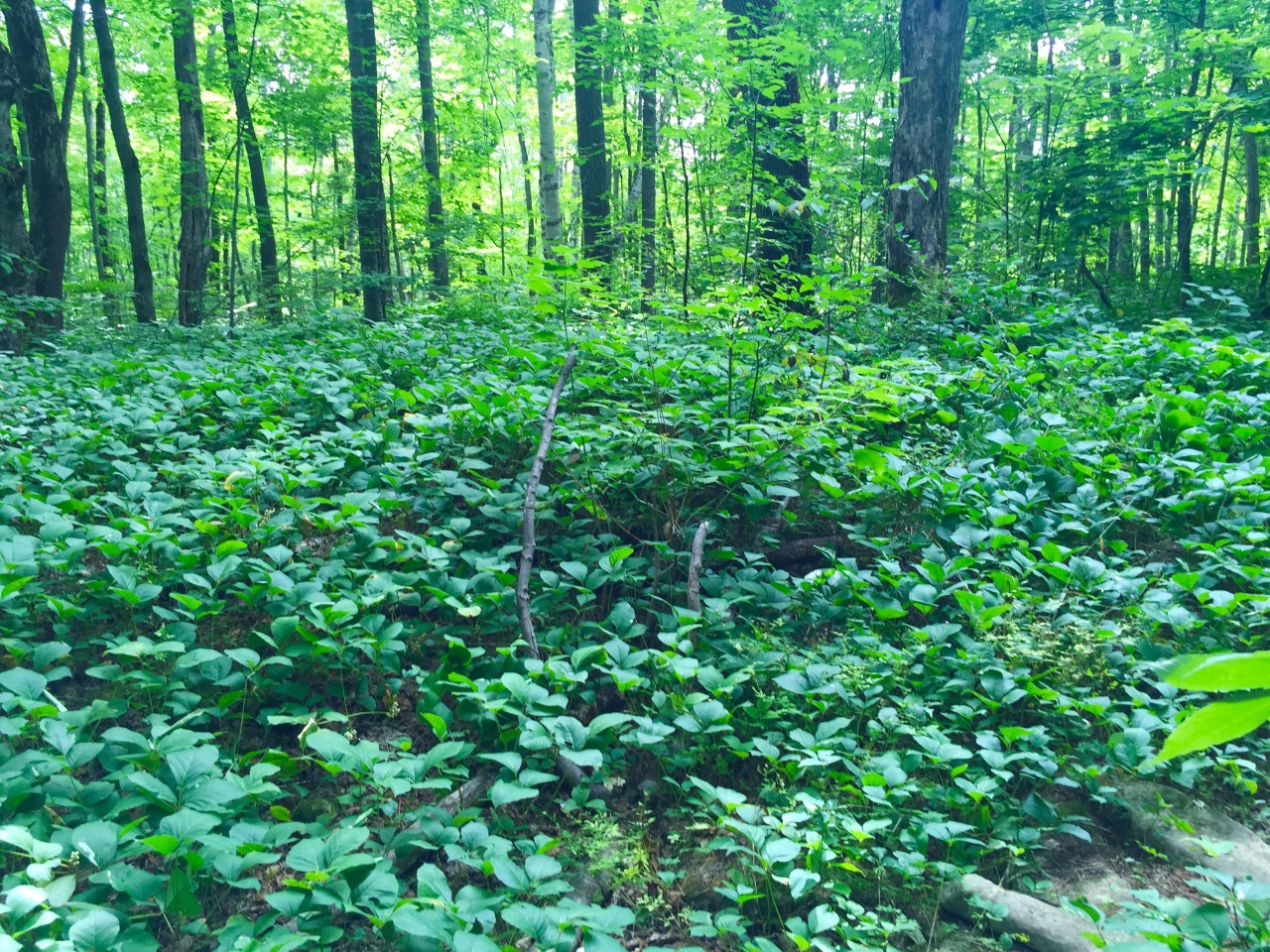 As I said before, we did see some pretty spectacular vistas as well!

Or how about my superhero again mugging for the camera!  Where’s Dan???

We knew we were in for some incredible vistas, but we had no idea the number of caves we would be seeing along this path.  I think Dan was sizing them up for our next campsite!!! 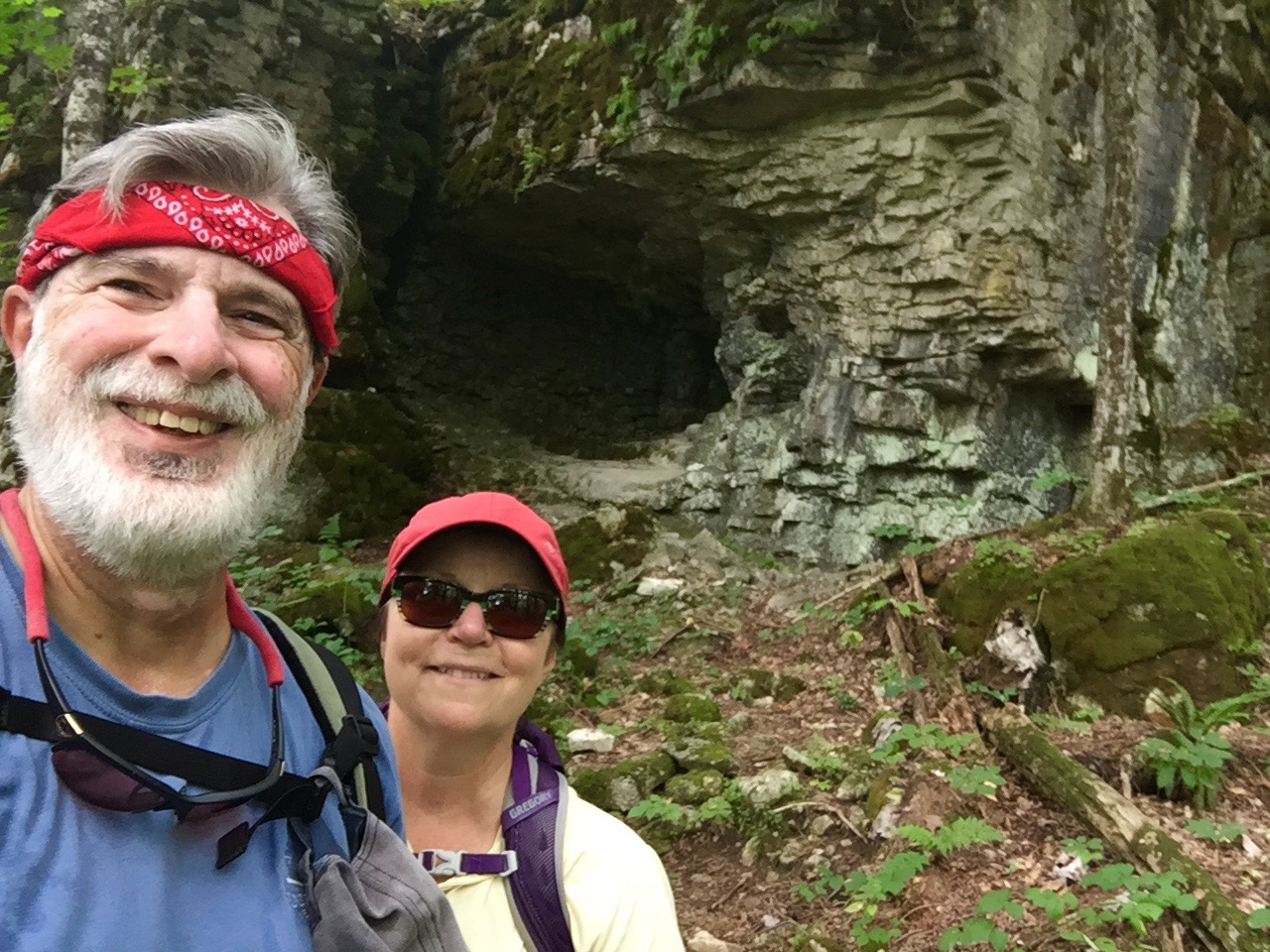 The rocks formations were amazing as well! 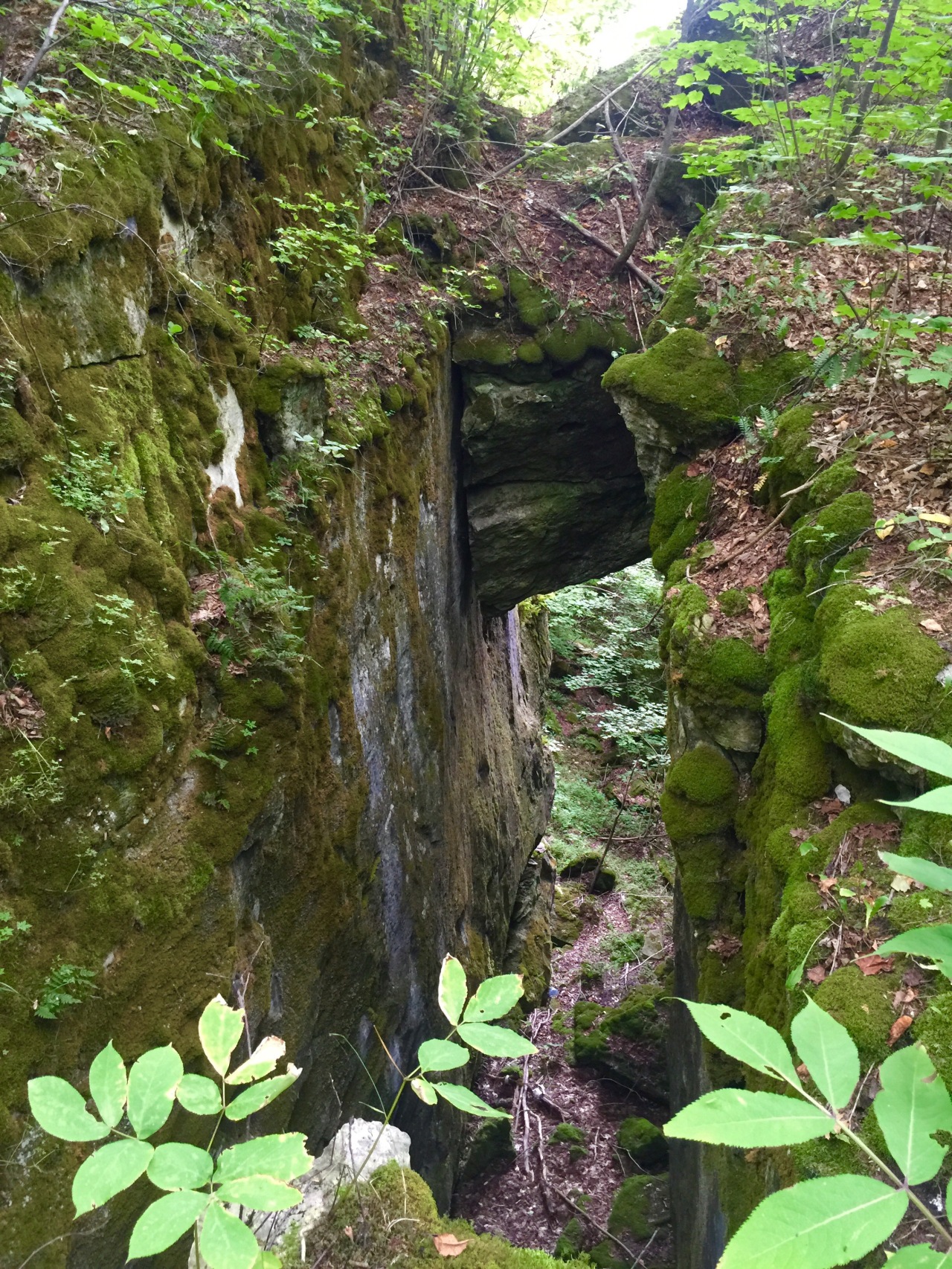 I keep talking about this enchanted forest feel, and today I paid particular attention to the root systems of some of these ancient trees!  It kept reminding me of the power and interconnectedness of the root systems in Game of Thrones! 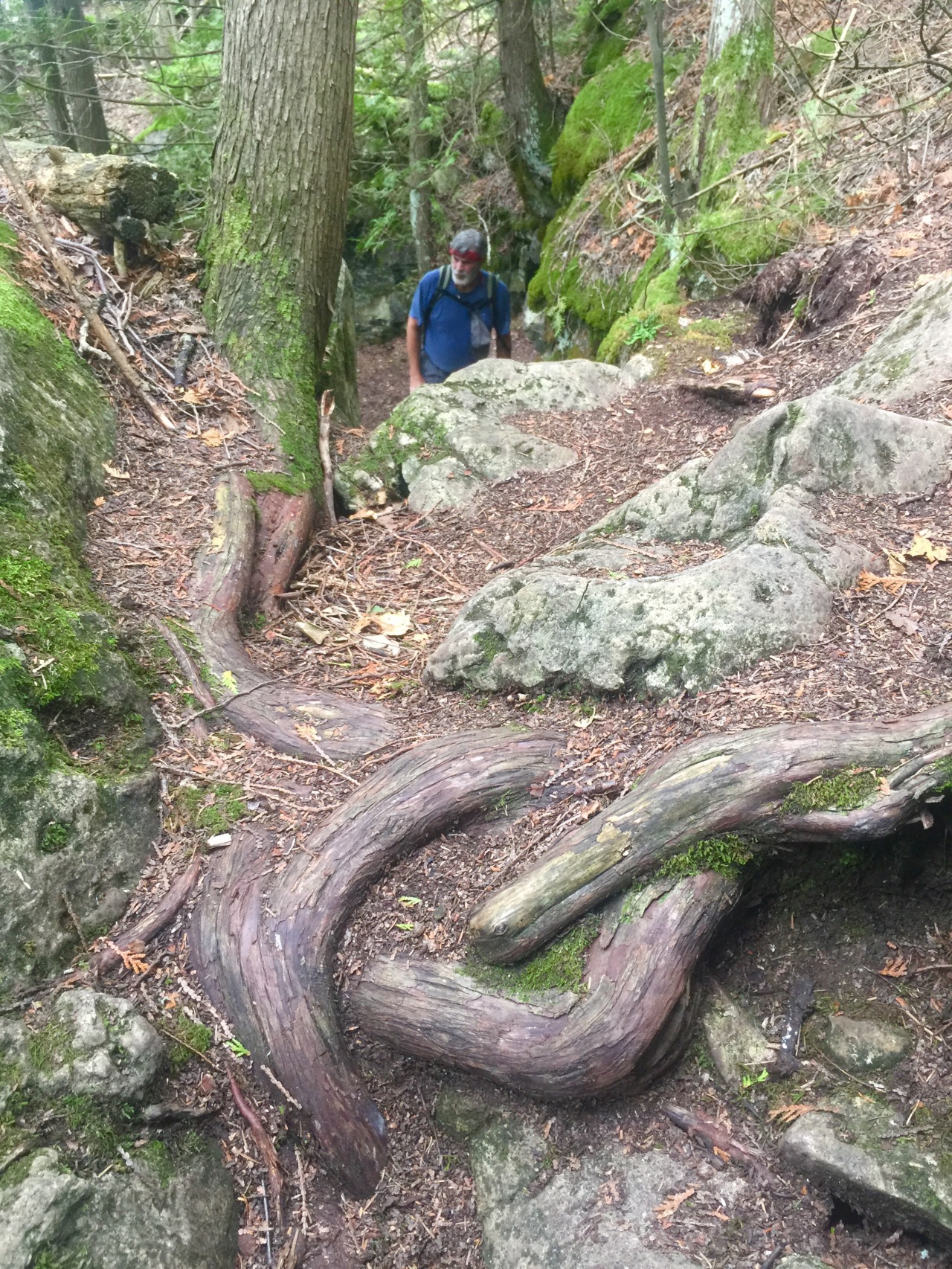 It didn’t seem to matter what type of tree it was; maple, white ash, white birch, beech, cedar… The great old trees had to be respected for the struggle they fight to survive!

And talk about fight to survive ( other than my walk!!!) look at this little guy… The smallest toadstool beside the smallest fern that I’ve seen!

All in all, another great day walking through the enchanted forest!

Despite the pain of the repeated ups and downs!

I don’t think my knees and ankles are going to forgive me, and there’s still another 8 days to go!

We got back from our trek just as the rain was beginning!  Talk about perfect timing.  It’s nice to sit under cover, charging my iPhone and watch the rain come in! ( well, there might have been more ice cream involved!!)

Well, I’ve been here for an hour ( and the rain has stopped!), Dan should have the laundry folded by now, so I should head back and start thinking about supper… Oh yes, and that glass of wine I see in my future as well!

Take care everyone!  We break camp tomorrow, and are off to Lions Head campsite for the next couple of nights.  Until I write tomorrow…