Today’s adventure took us to one of the one of the largest and most powerful religious houses in the country, “Fountains Abbey”. From humble beginnings in 1132, this place grew from being a refuge for 13 disillusioned monks, to a religious powerhouse in just over 100 years. The abbey was one of the leading producers and exporters of wool which provided the main source of it’s wealth for over 400 years until its dissolution in 1539. But again, I digress from our day!

We set out around 9 am heading south to our walk for the day. This walk took in the perimeter of Fountains Abbey and Studley Royal deer park and Gardens. 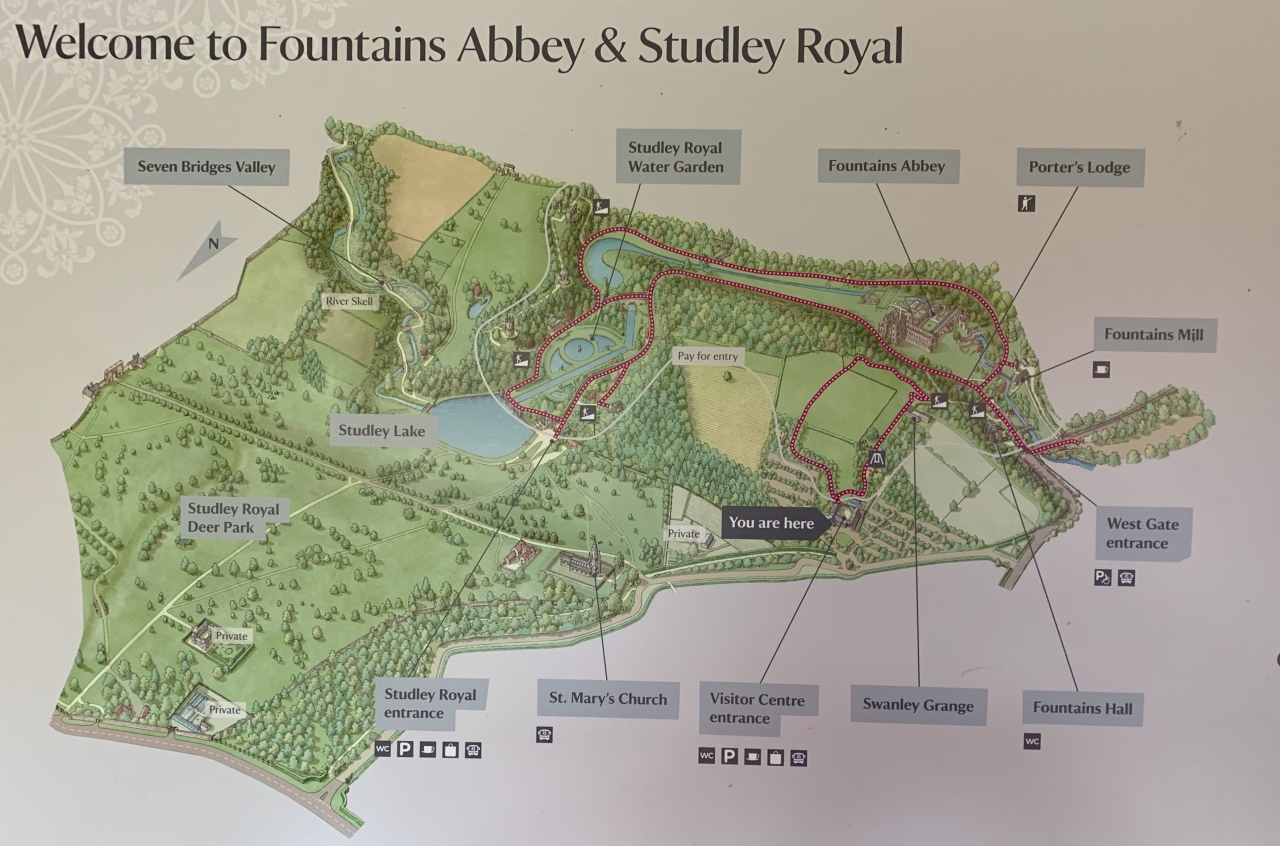 The skies were dramatic as we began our walk, but the forecast was for mainly sun and cloud with only a slight chance of rain. 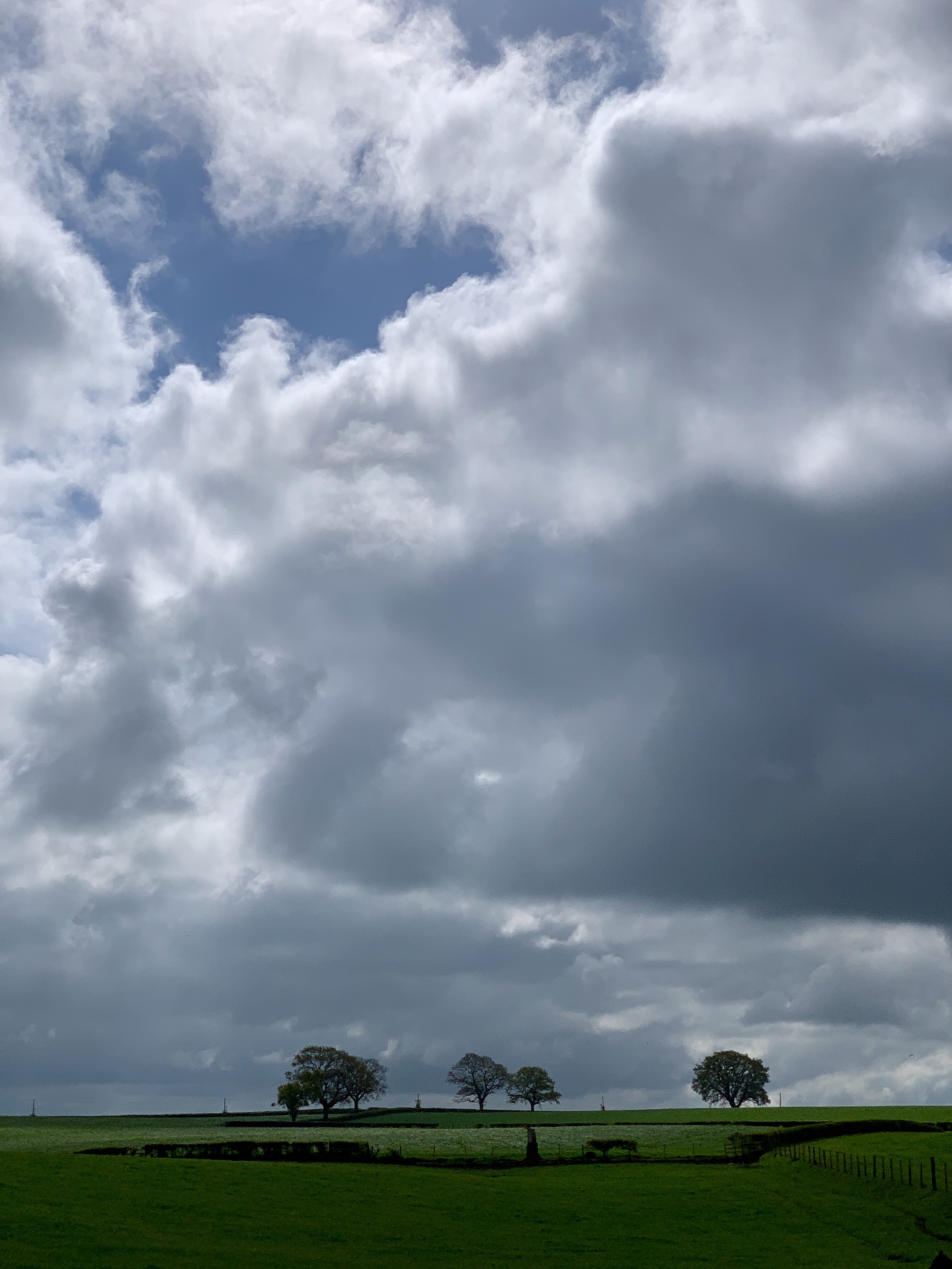 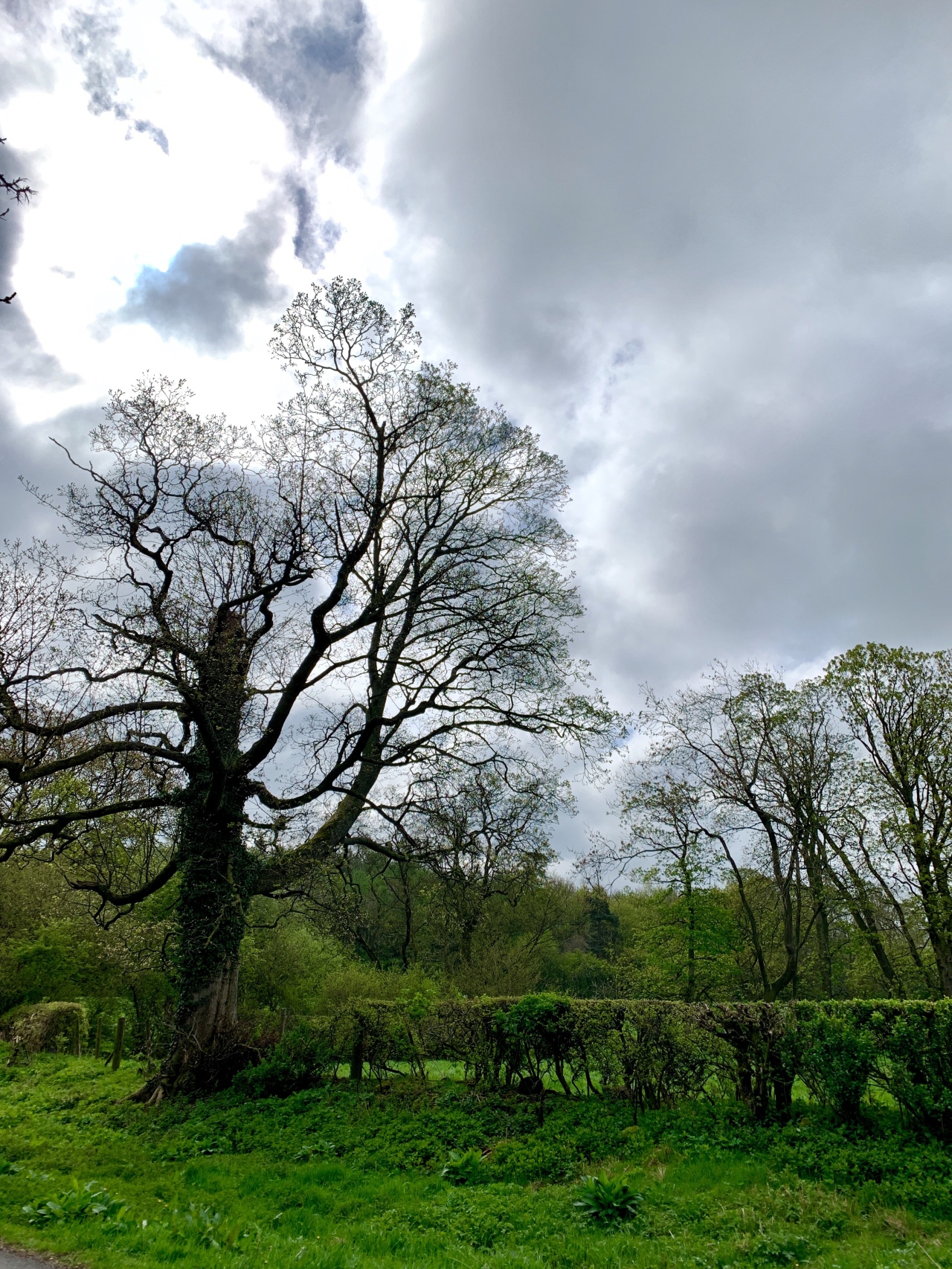 Initially, we skirted the outside walls of the Abbey and then on thru wood and dale. We caught glimpses of the Abbey, and the manor house that shares the property. 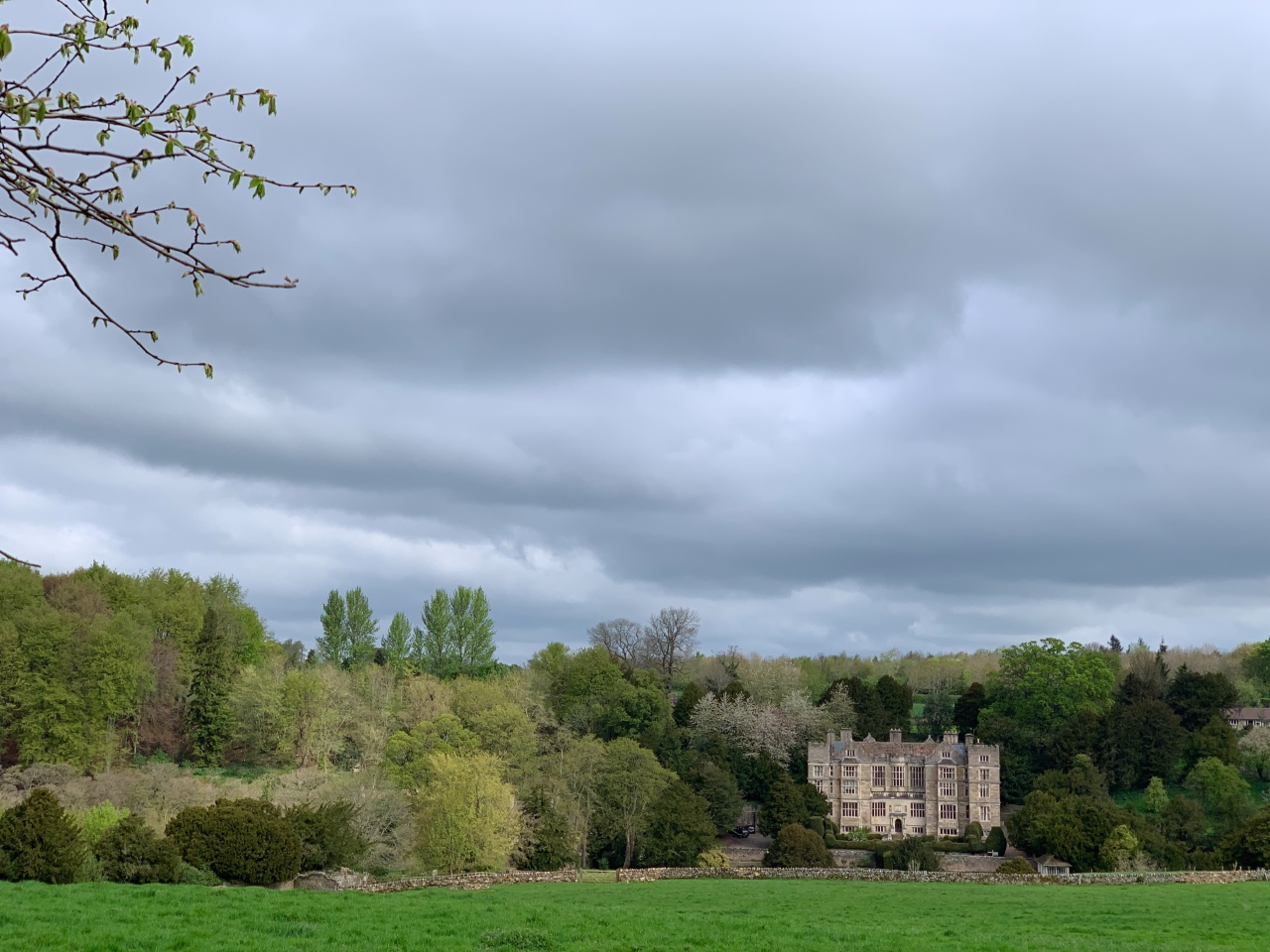 As we crossed a field to start into the wood, we saw a knarly downed tree, with a special Pheasant guardian. 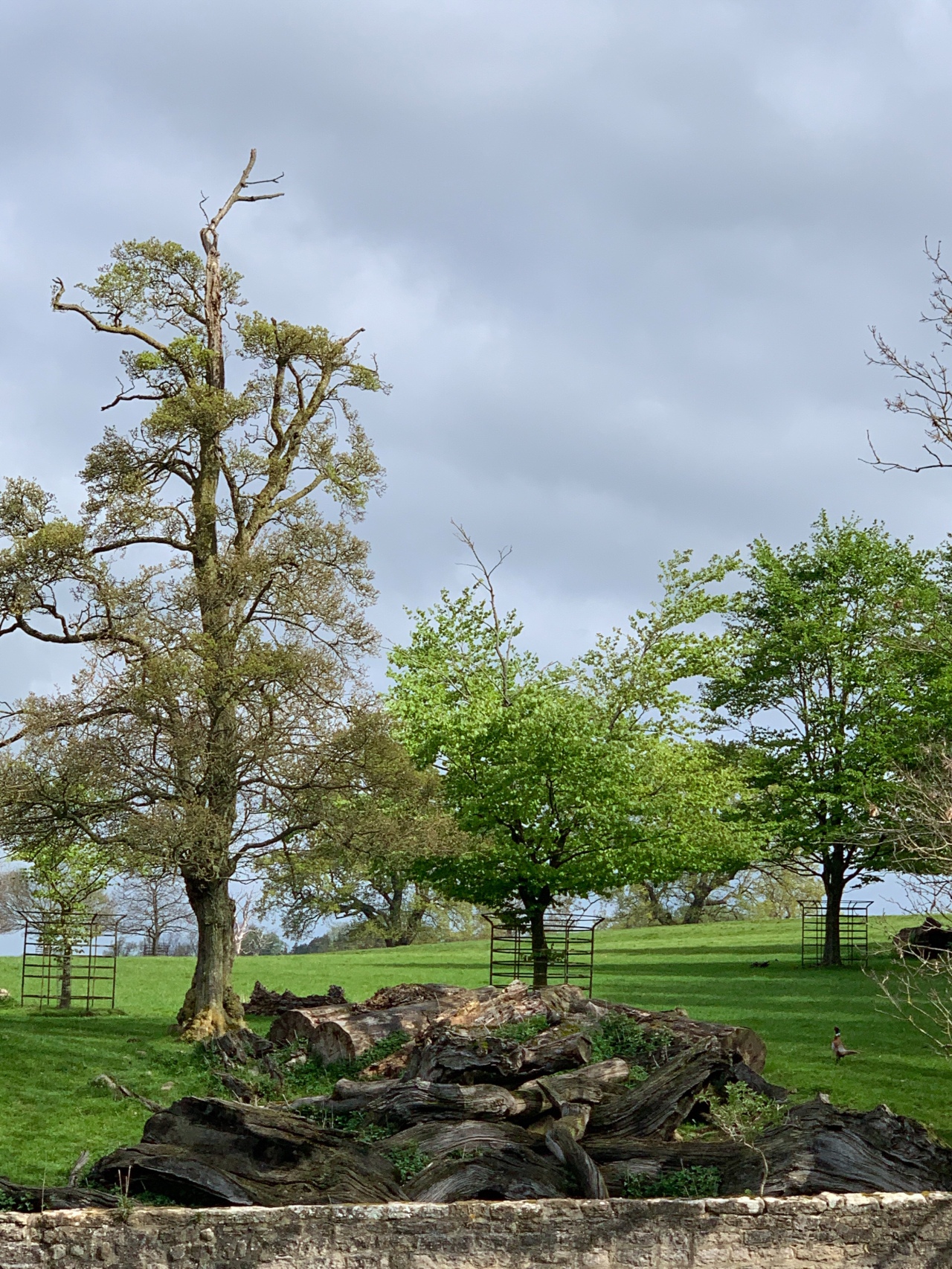 Before we saw the above scene, we had just crossed a farm and a couple of paddocks…with the rain yesterday, there was certainly lots of mud! Soon after this we came to a lovely wood in full blossom with English Blue Bells. A sight to take your 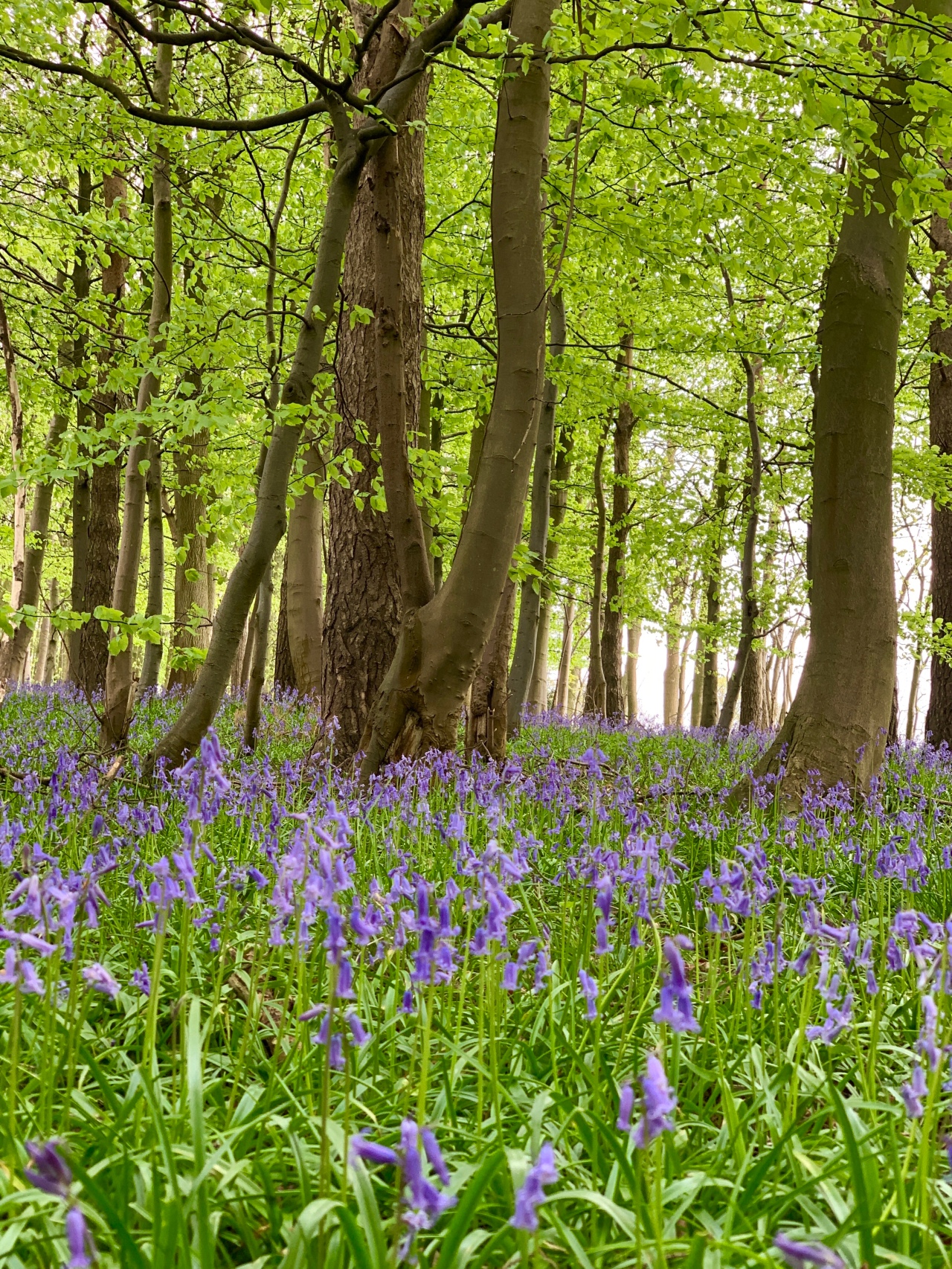 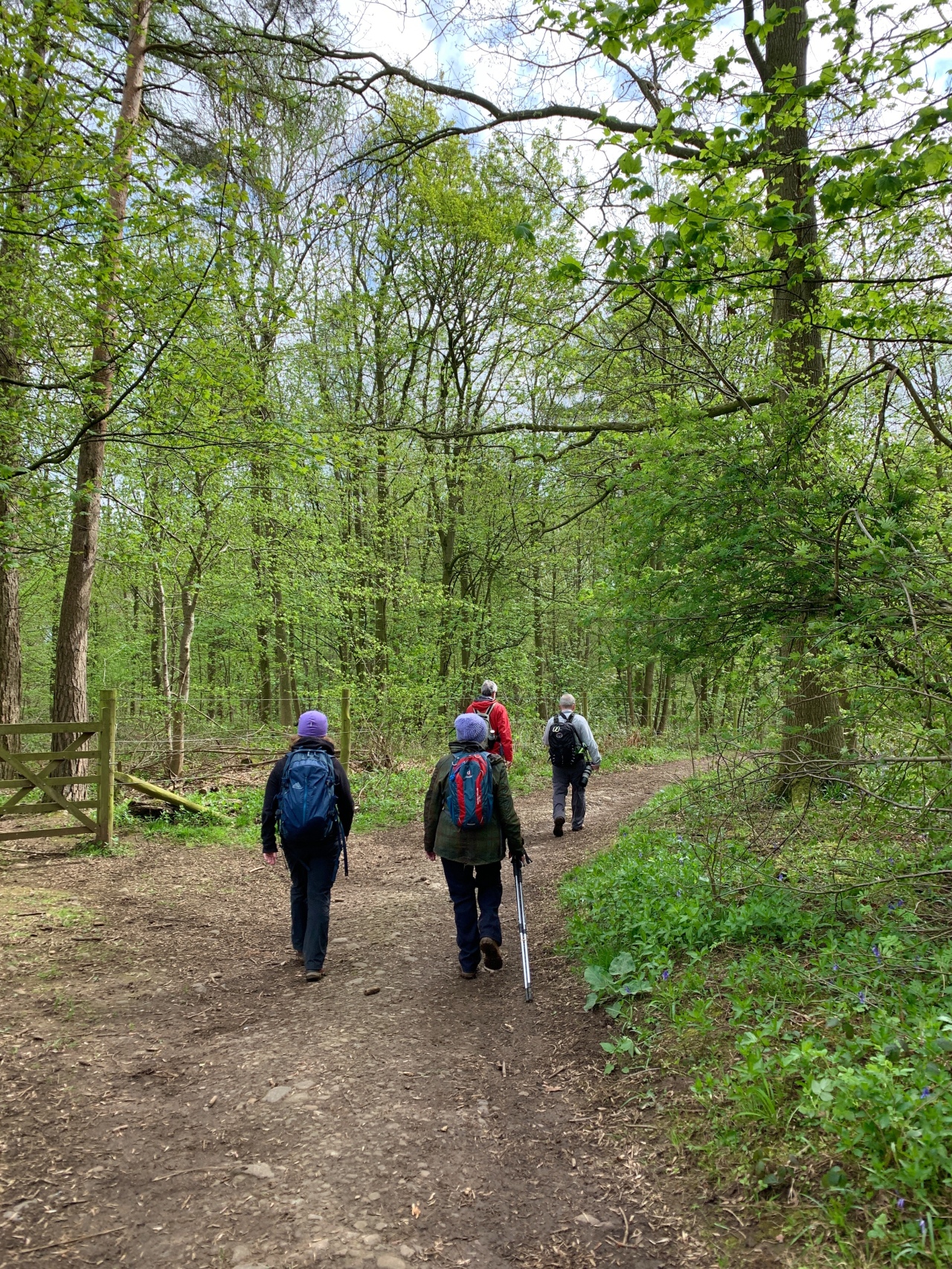 And thanks to Gwen, Dan and I actually have a picture of us together!!! 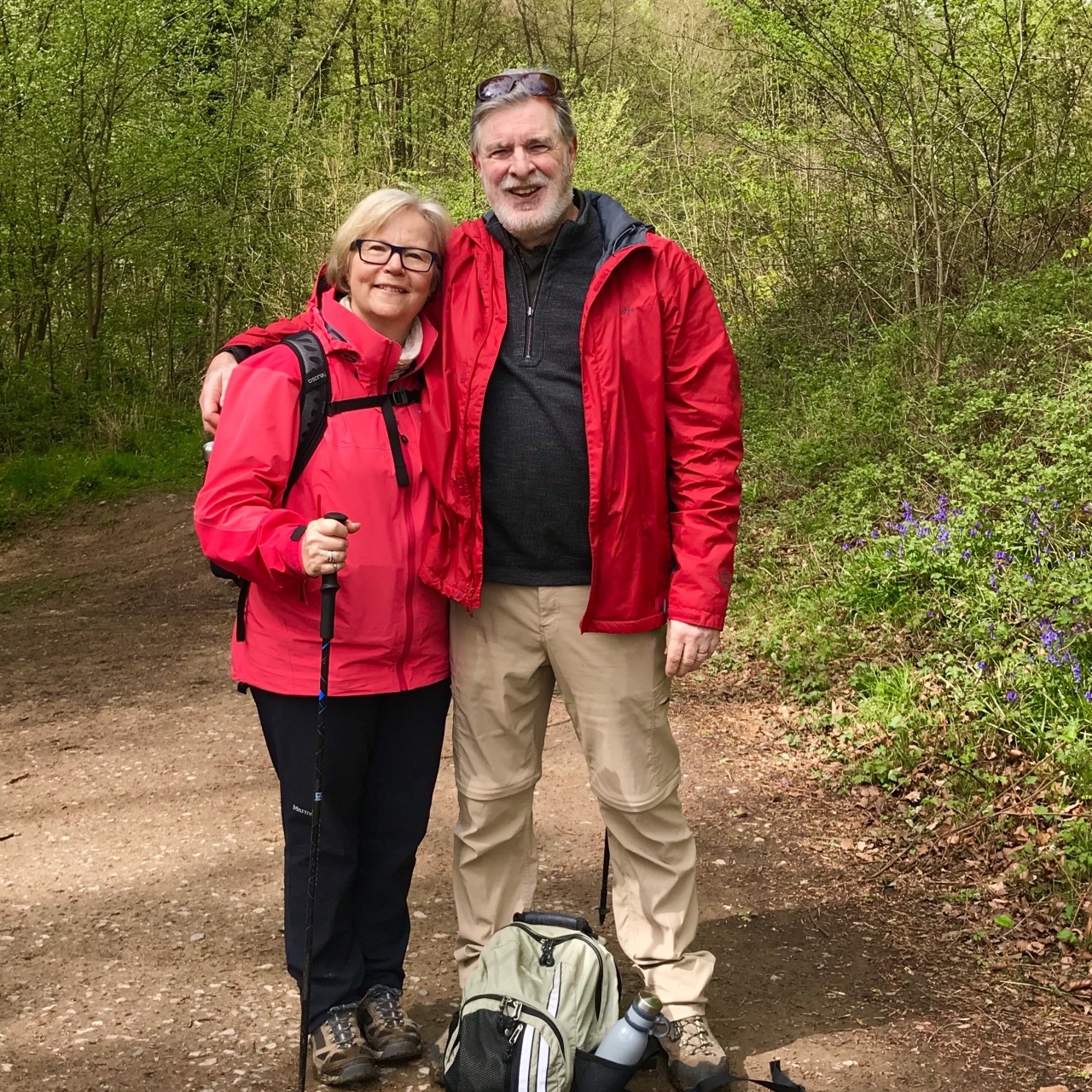 It’s only right to return the favour to my photo journalist buddies! 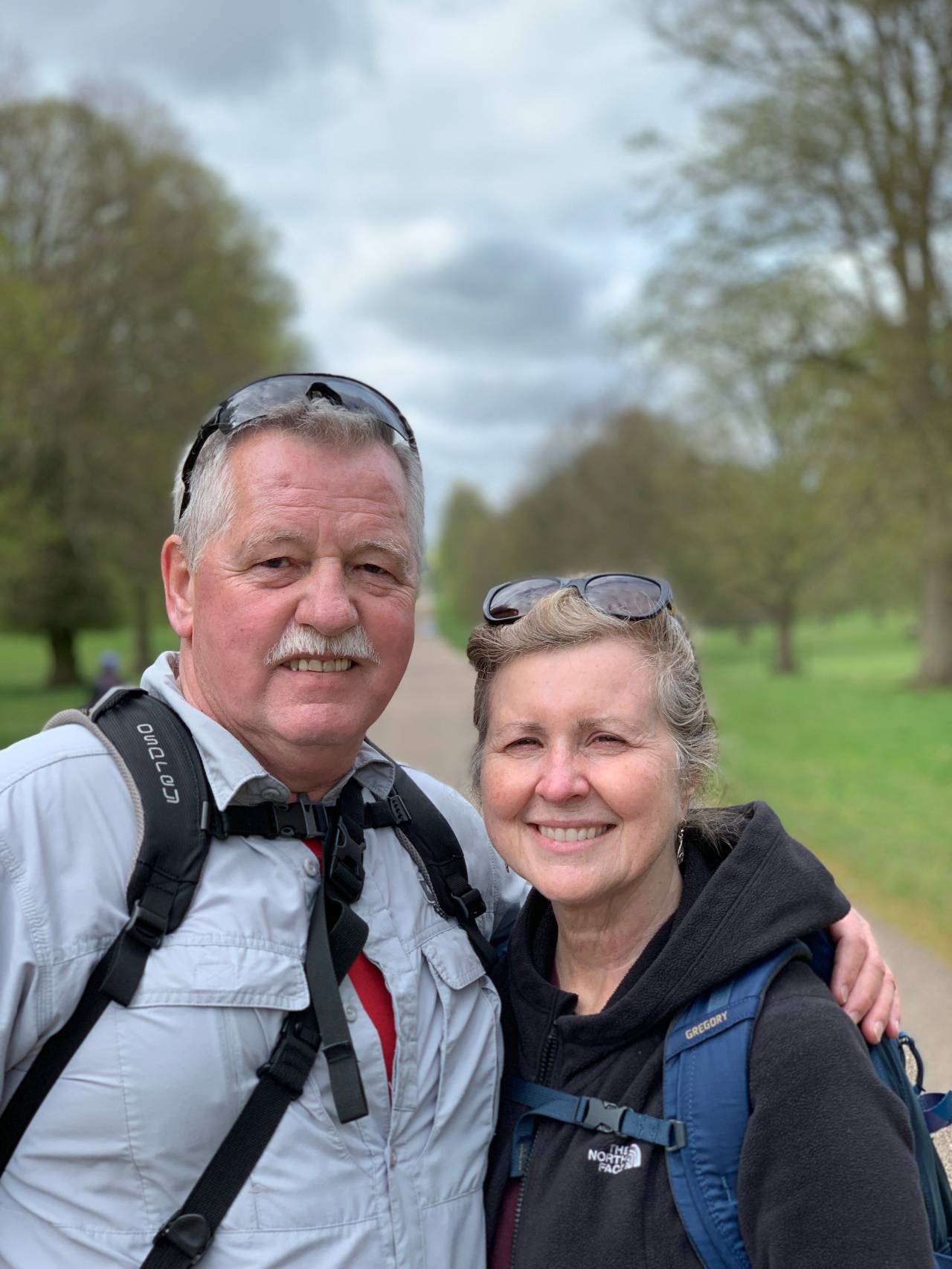 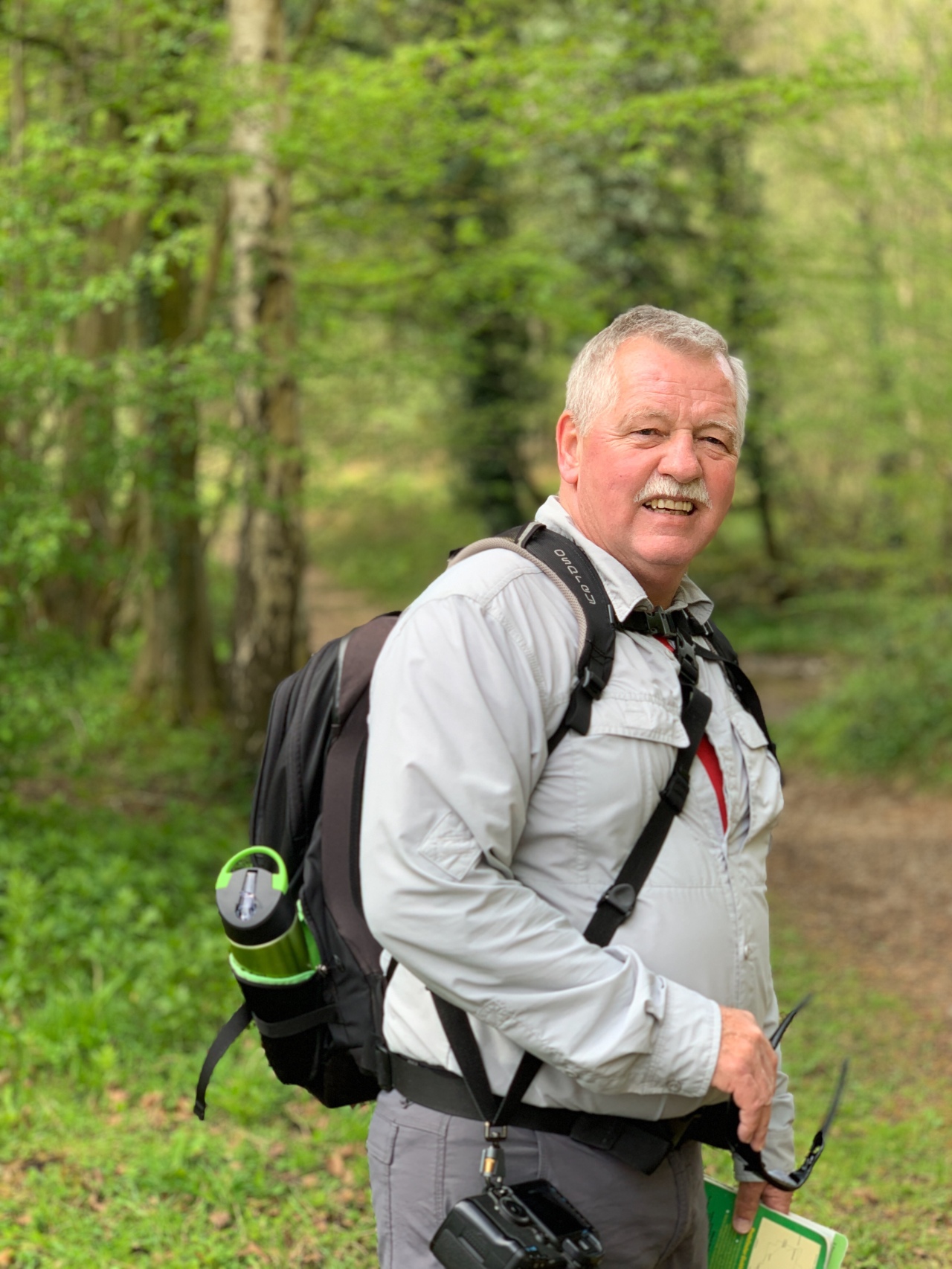 Soon we were through the woods and turned onto a track that lead around the perimeter of the Royal Deer Park to the entrance. And a grand entrance it was! 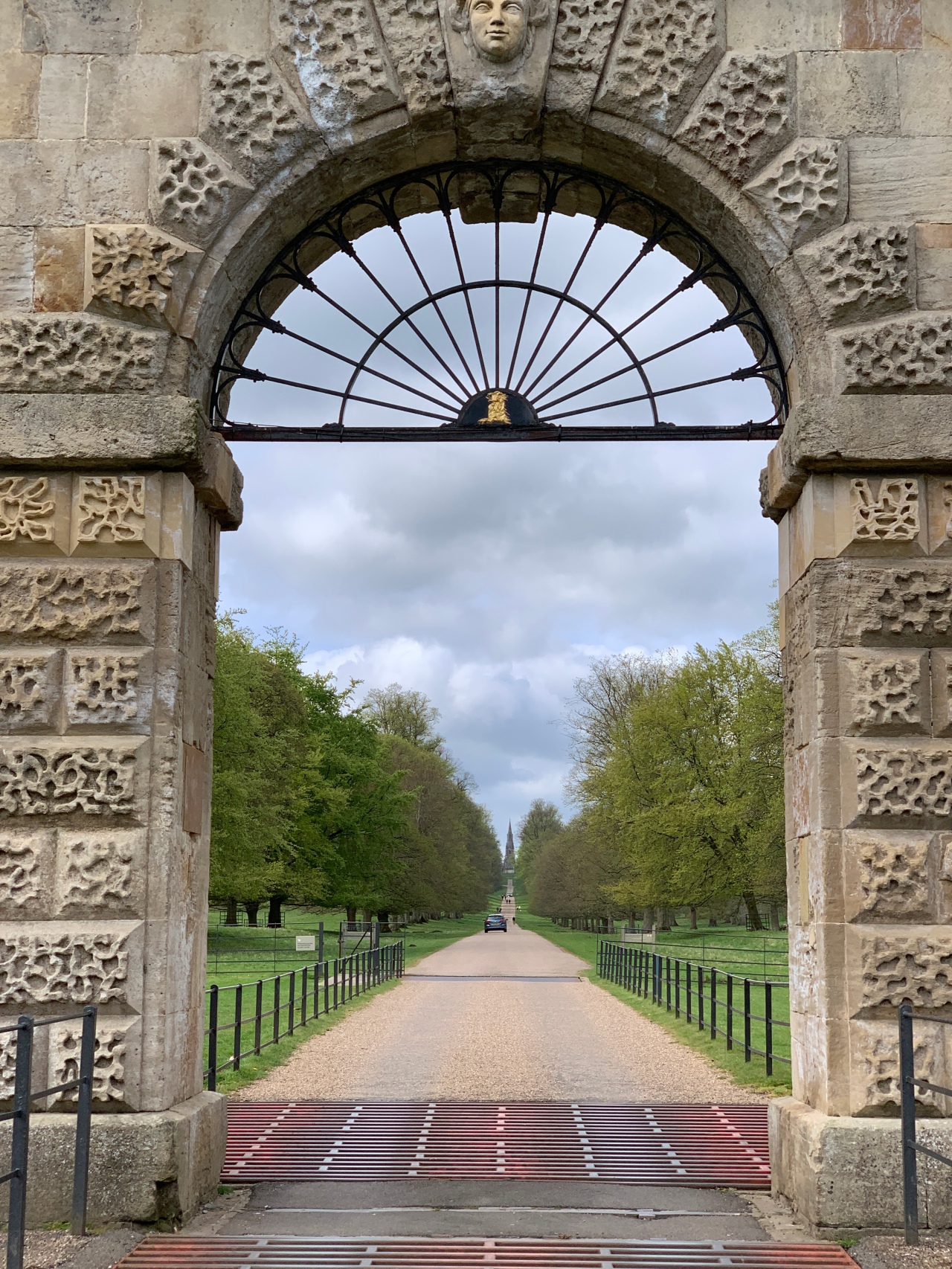 The path lead up to St Mary’s church, which when looked at in the opposite direction lead through these gates and all the way to Ripon Cathedral! 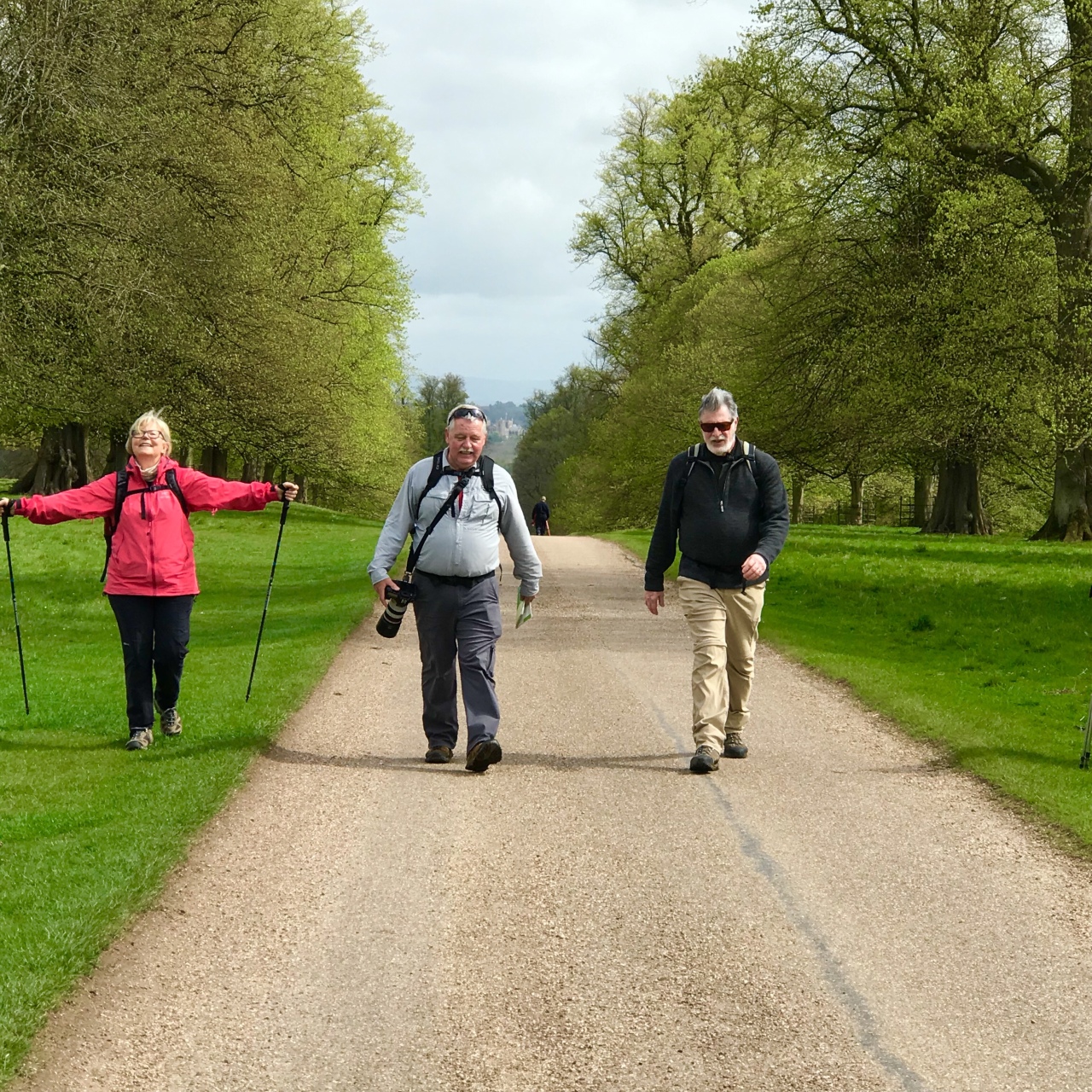 The lovely St Mary’s church was opened just as we got there…a small church with a beautiful choir and altar area. 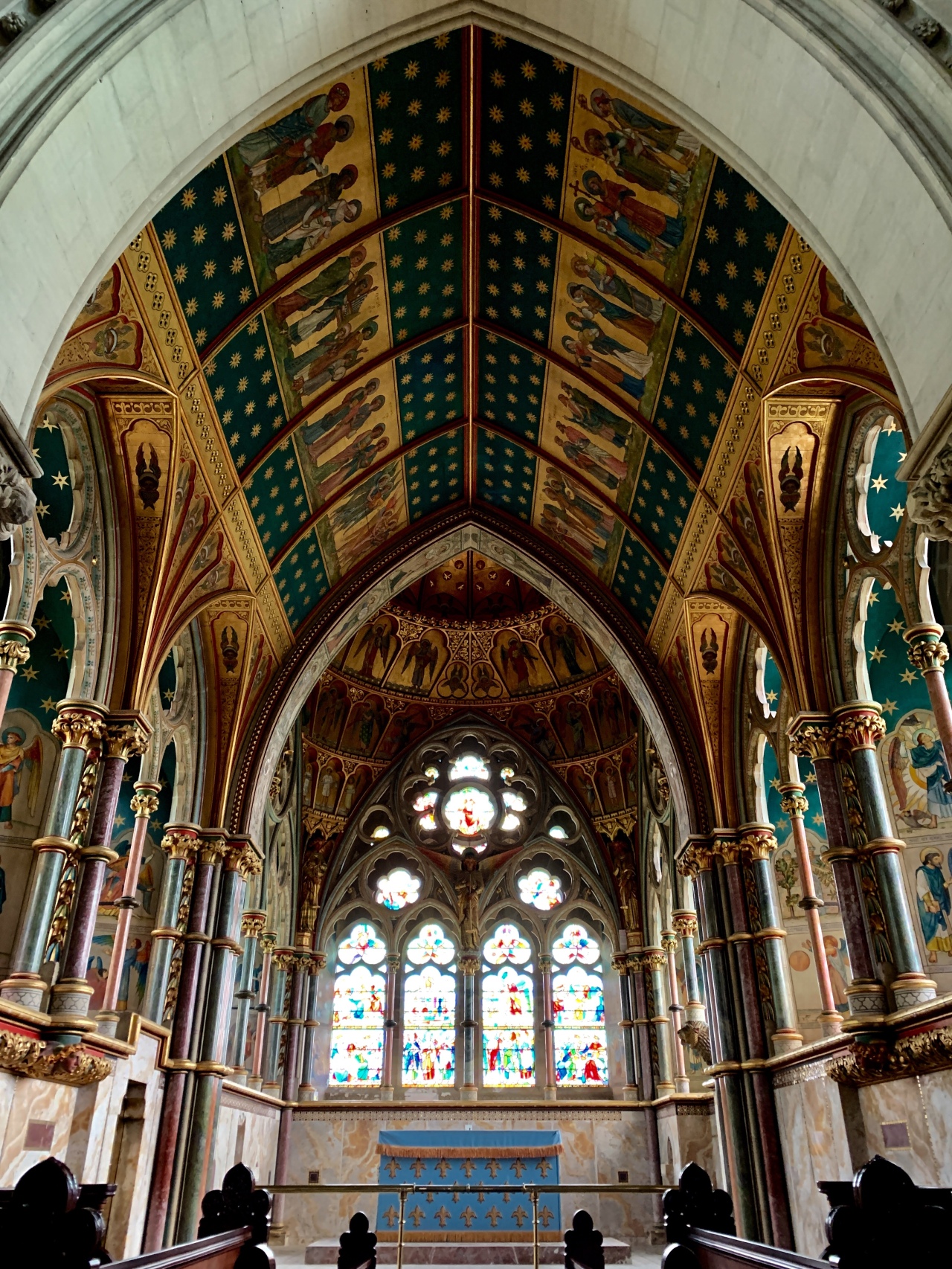 Once our brief visit was over, we turned to head down to the gardens of Studley Royal. These were magnificently crafted in eighteenth century style! 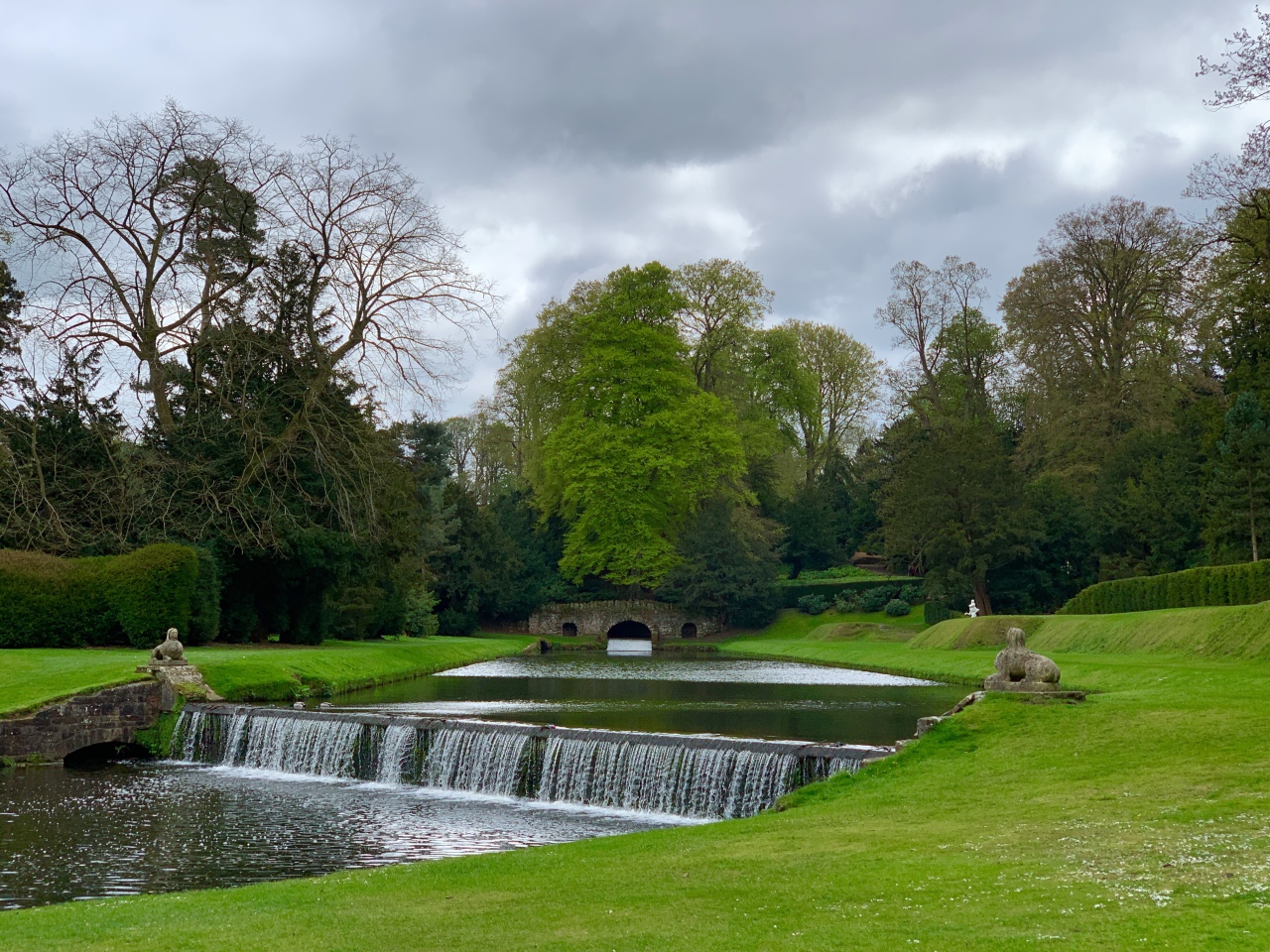 An Ent like creature seemed to guard the car park and entrance! 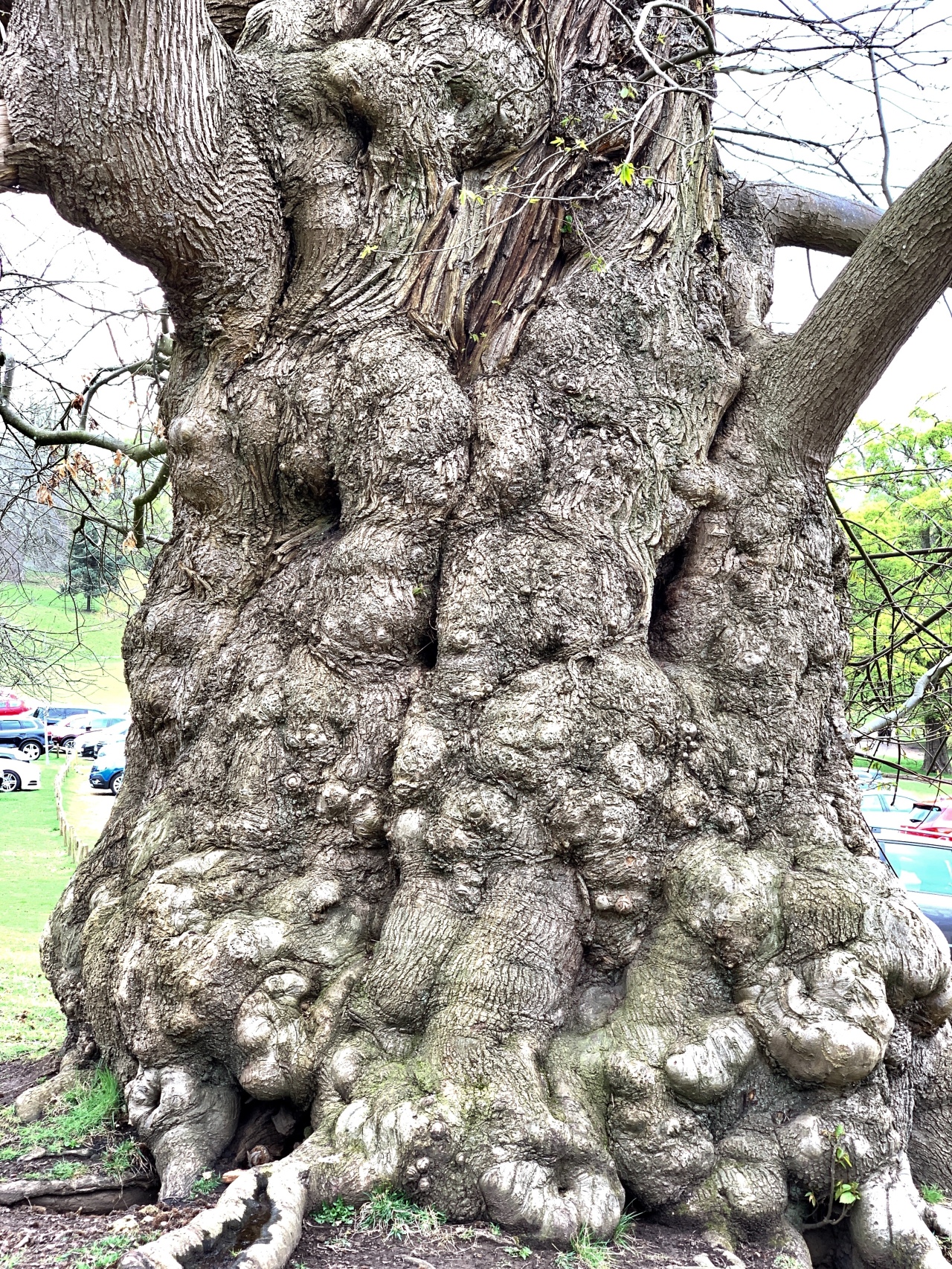 We were advised to follow the river path for the best views of the approach to the Fountains Abbey. We were not disappointed! 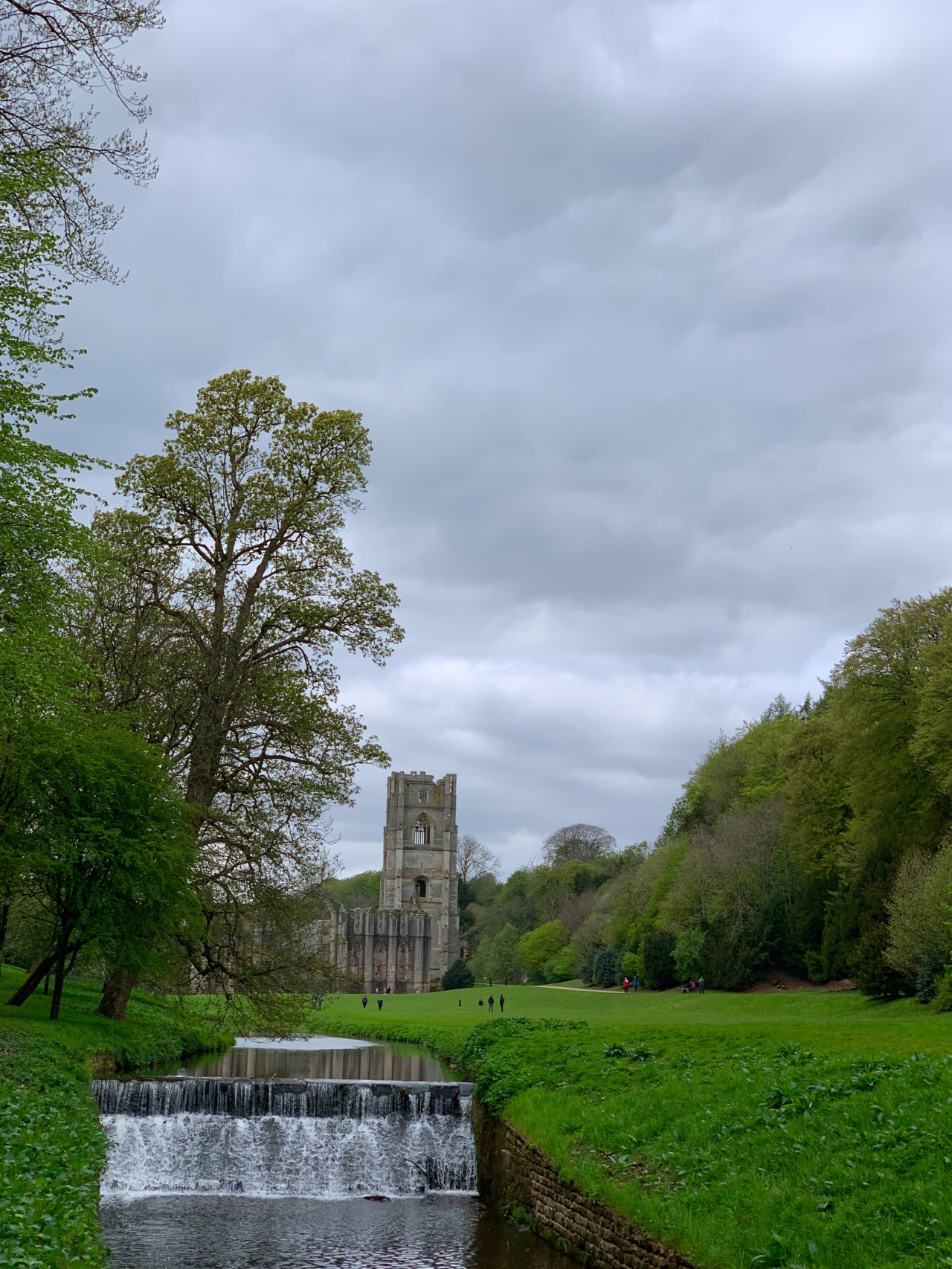 This scene only got bigger and better as we approached! While the Abbey lay in ruins (thanks to the dissolution of the Abbeys by King Henry the 8th) it was hard not to imagine the grandeur of its time! 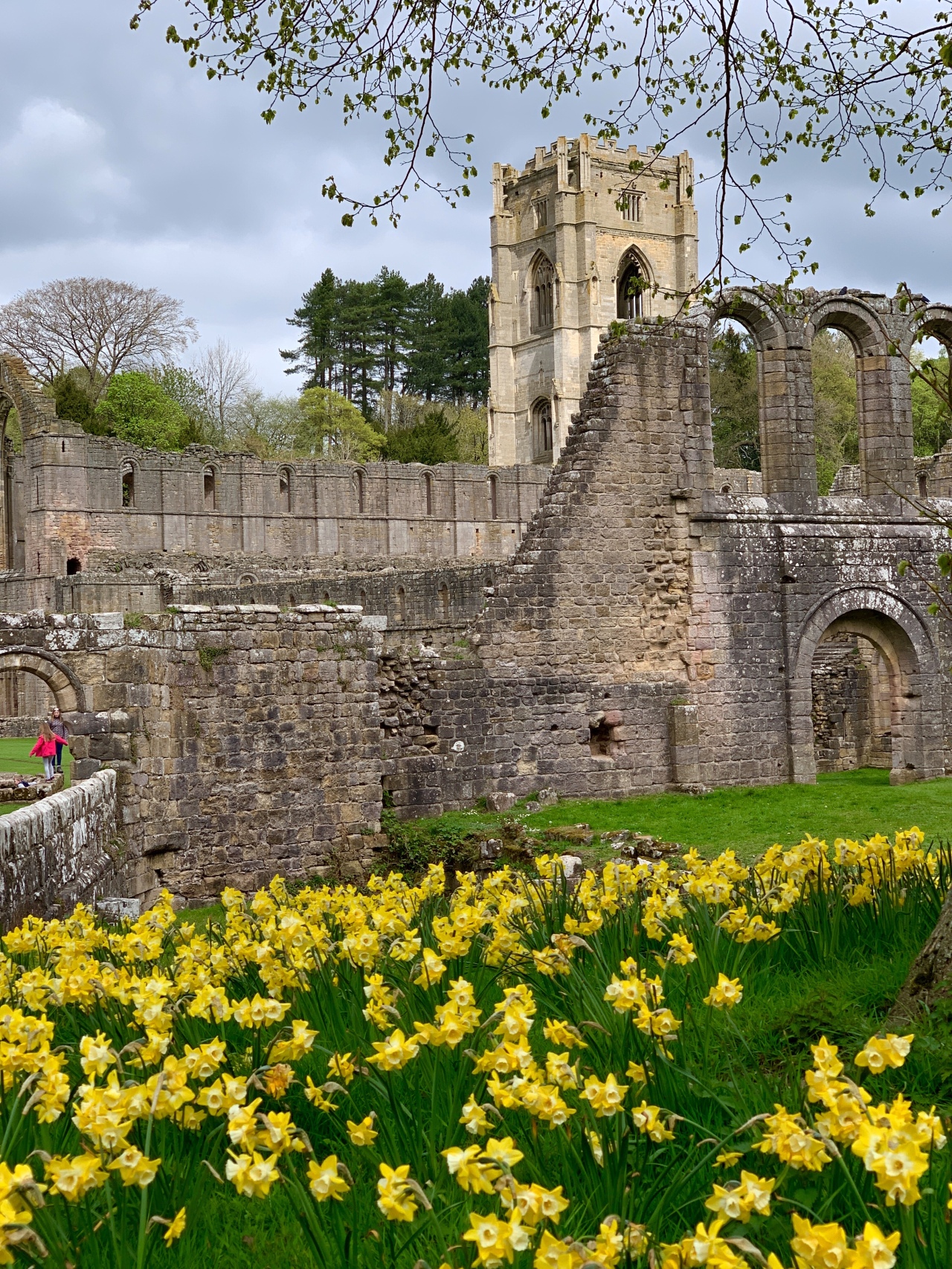 Once on the grounds proper we were in awe of the size and scope of this once flourishing Abbey. From the front entrance… 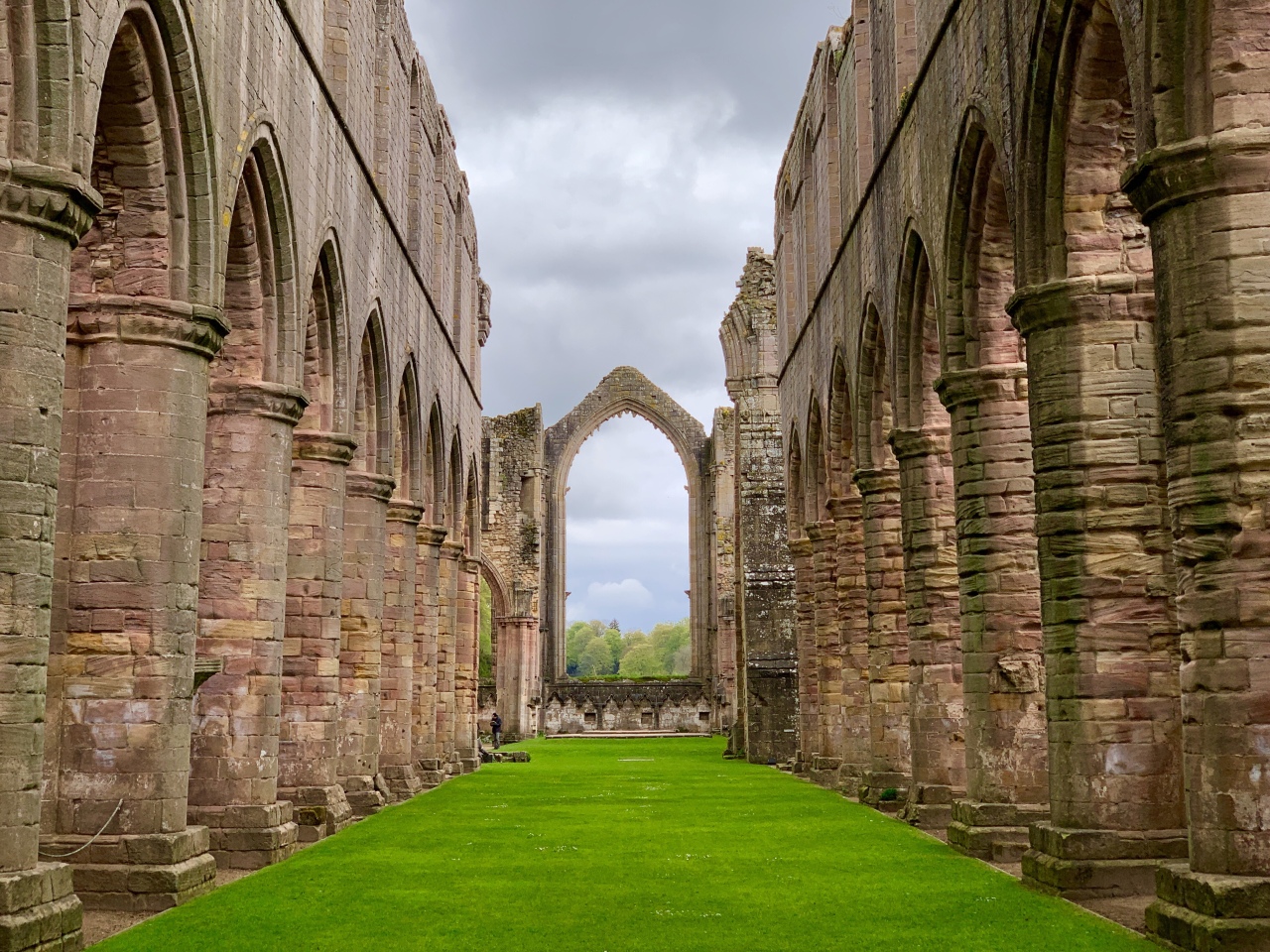 To the majestic tower… 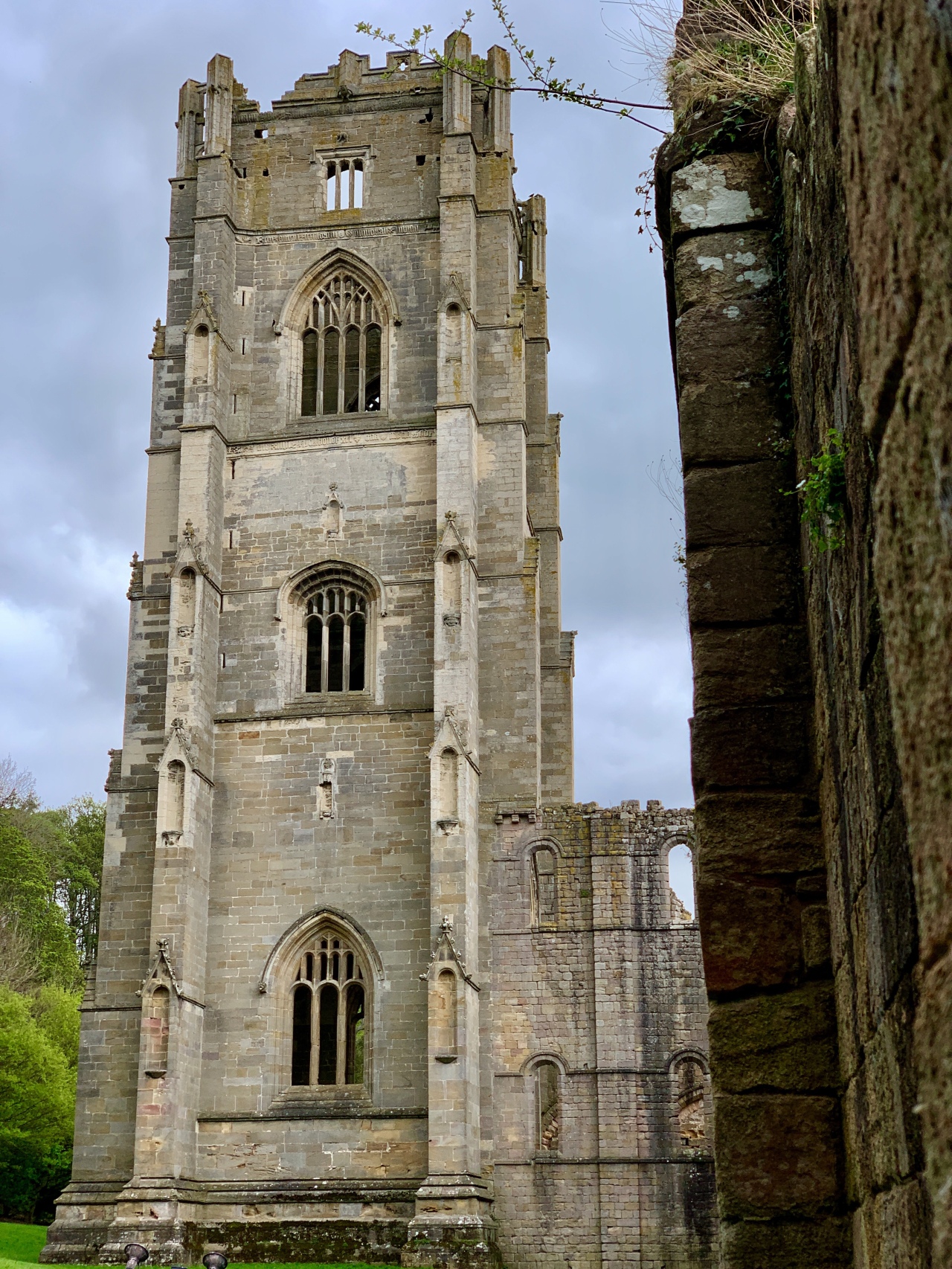 Even the walls seemed to come alive with spring! 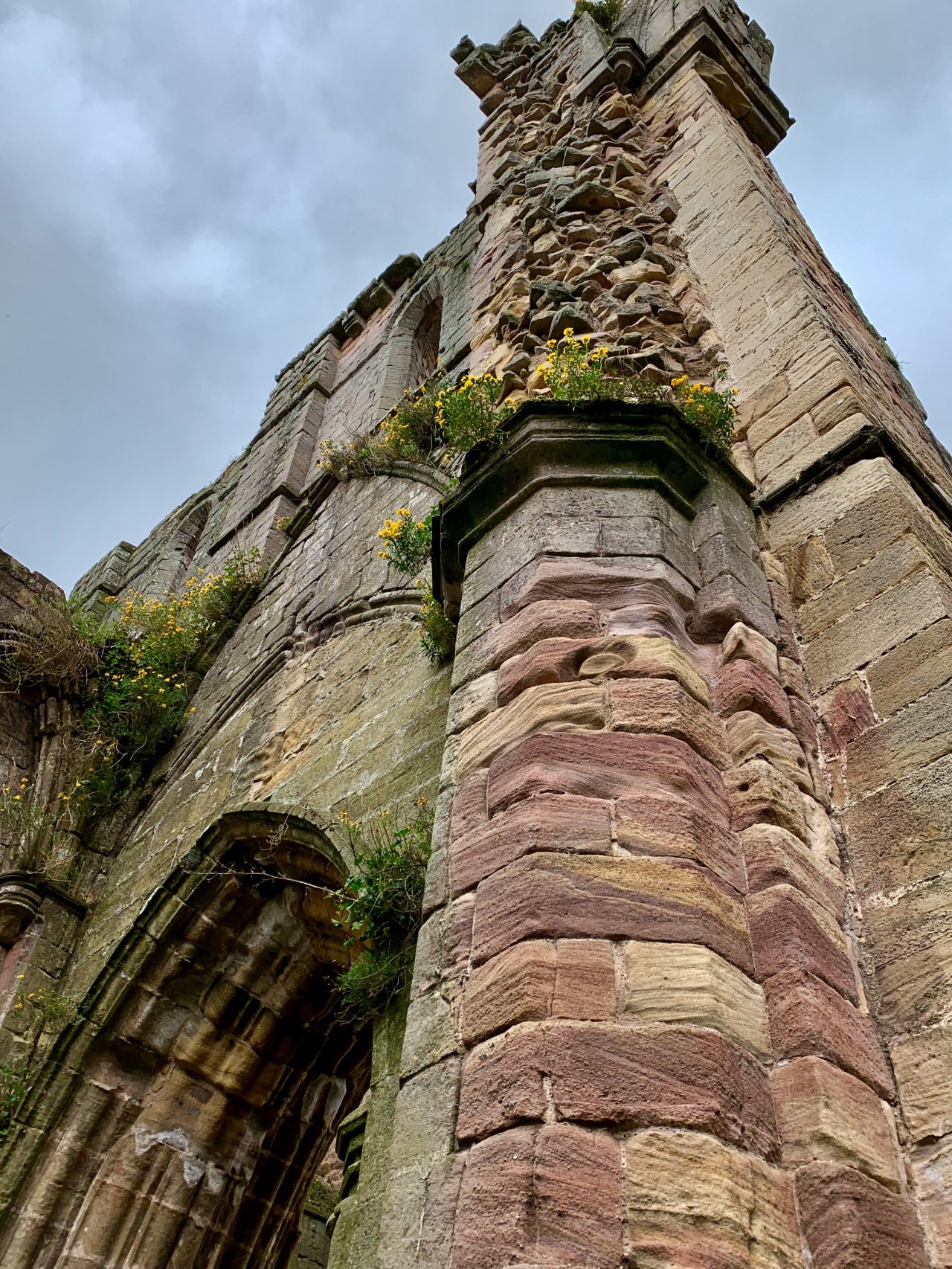 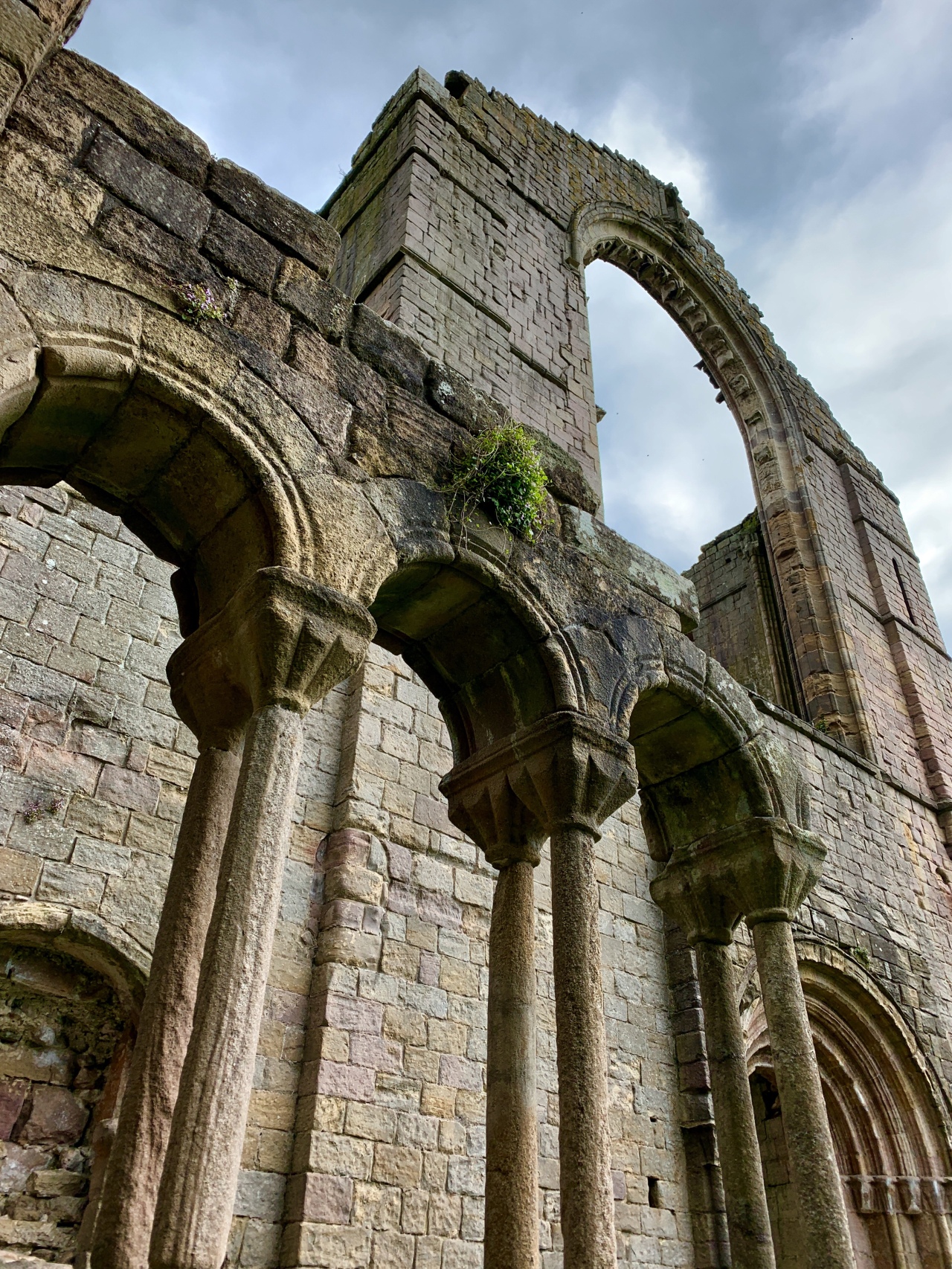 We even found a few guardians of the chapel… 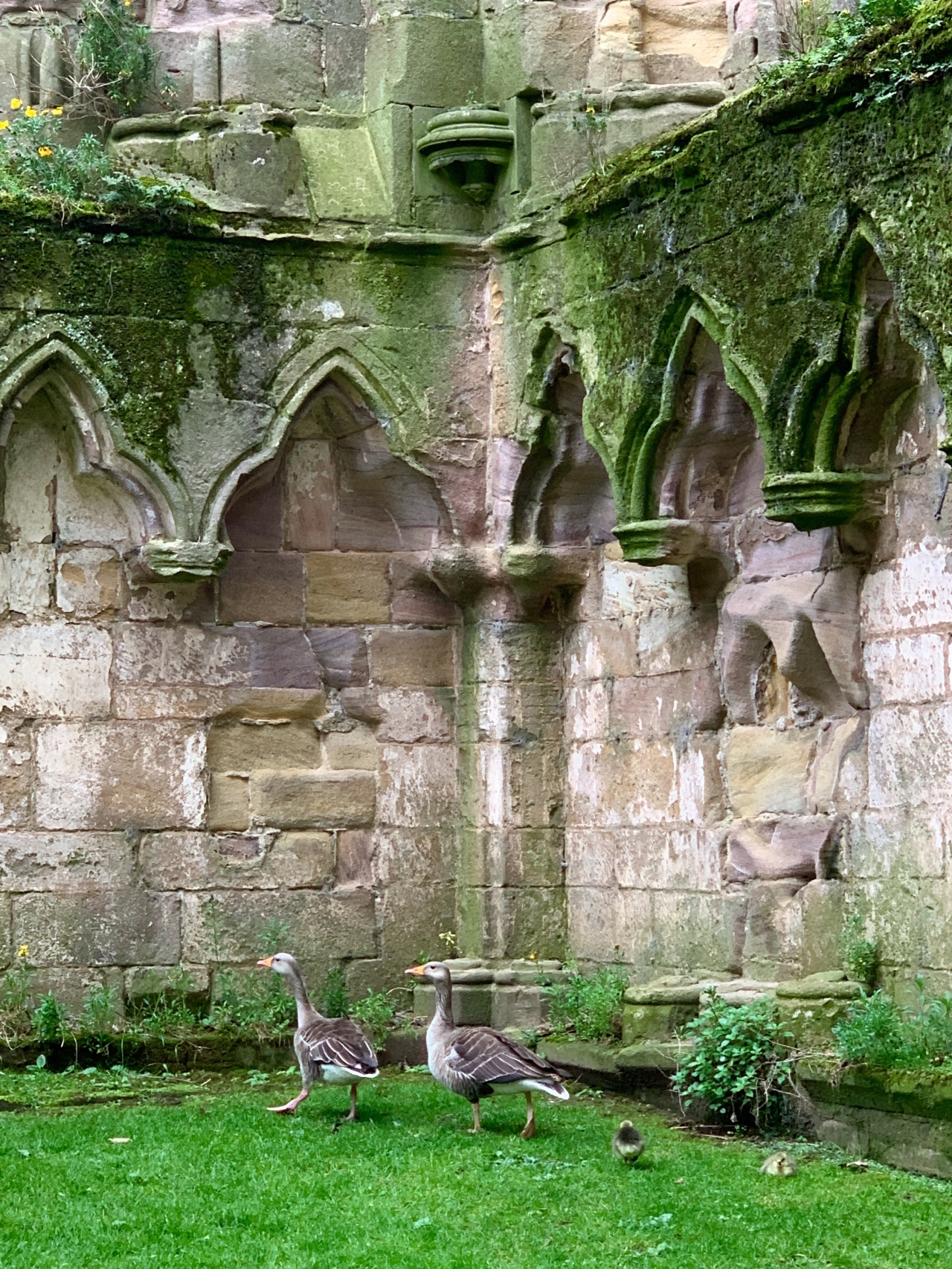 Everywhere we turned we saw another amazing trace of grandeur. 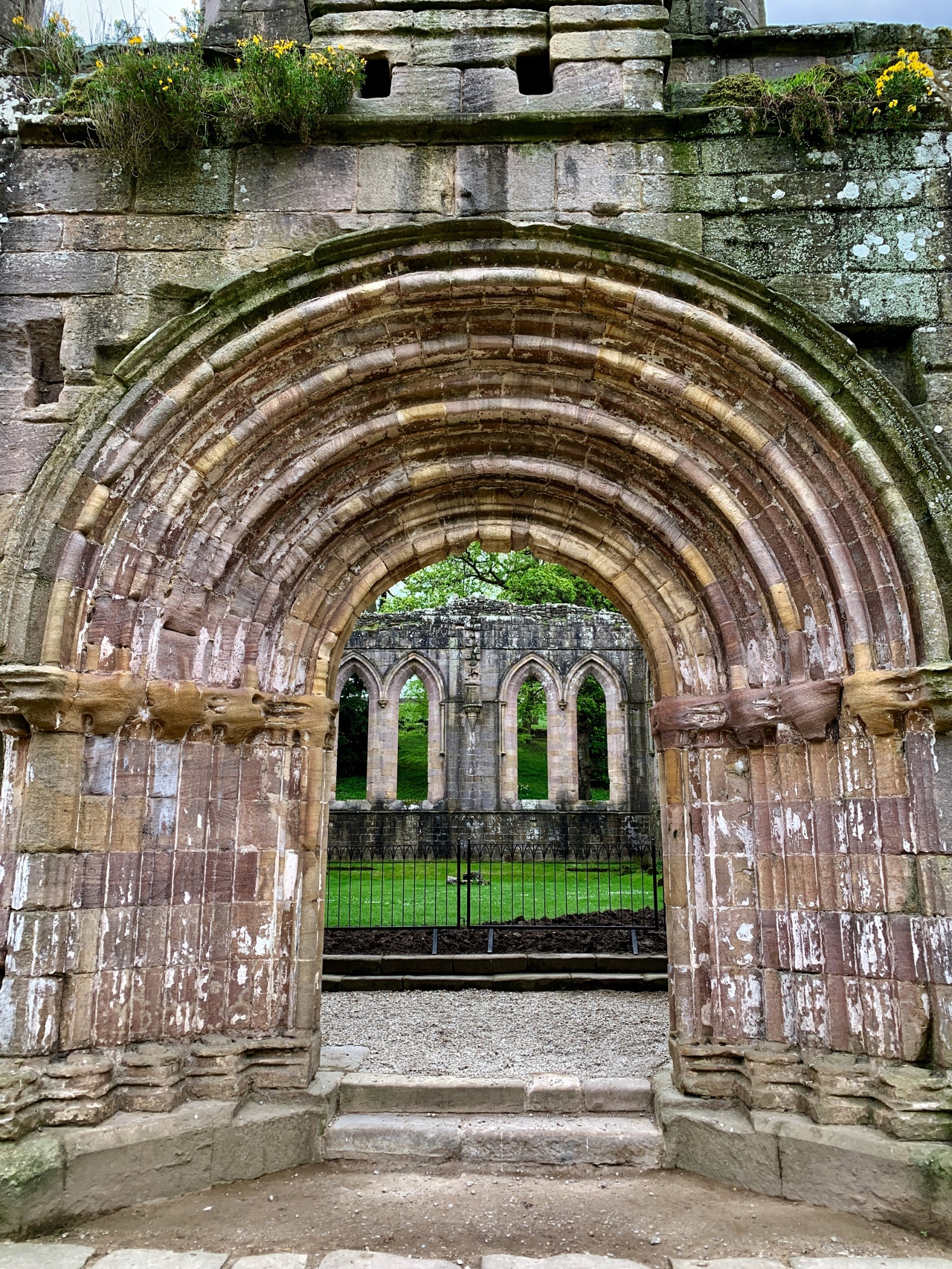 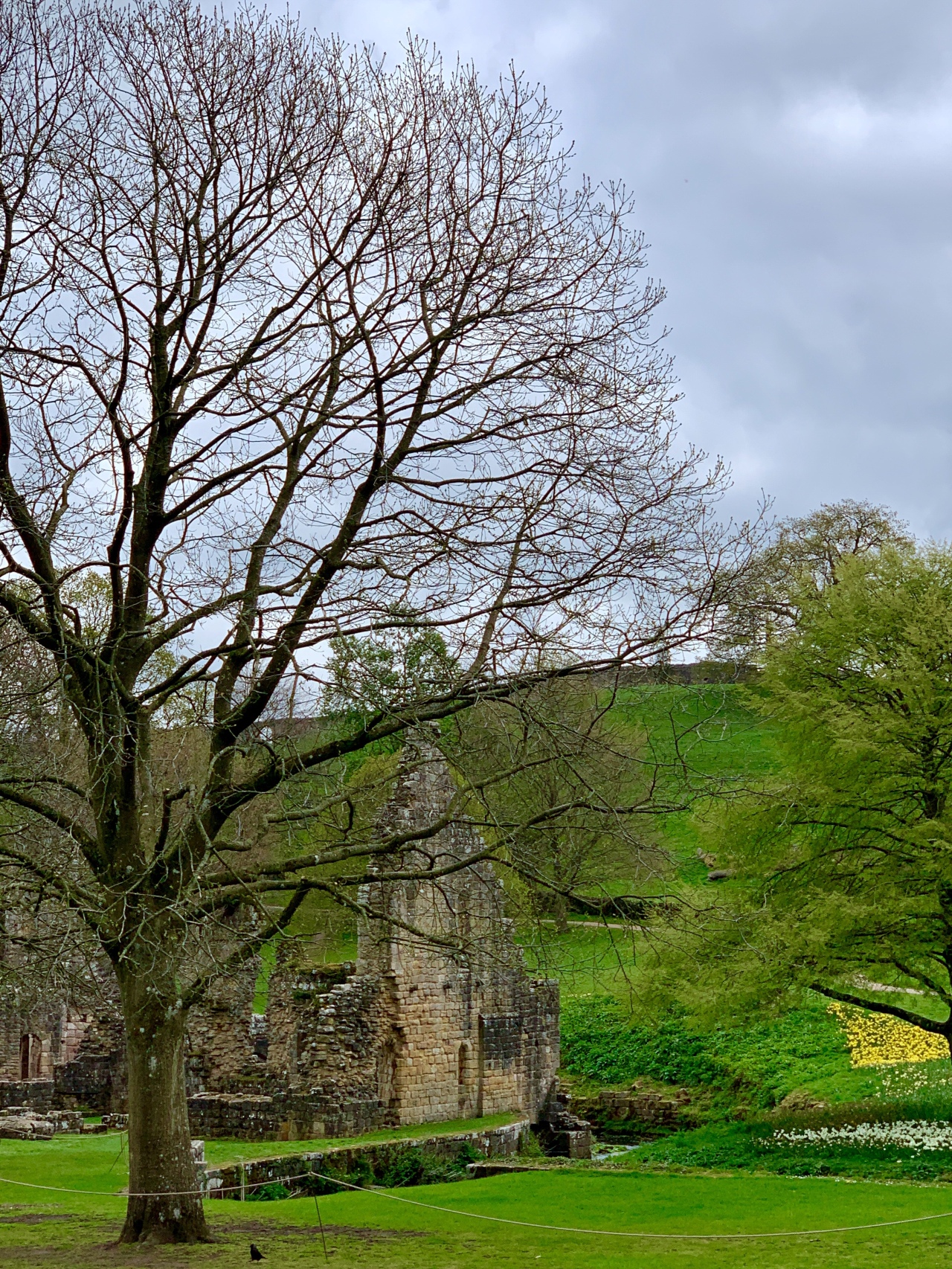 After exhausting ourselves we perked Dan up with the thought of an isotonic beverage!

After passing through the requisite gift shop on the way out, we were off to the Sawley Arms for a “refreshment”, and what a beautiful spot this was! 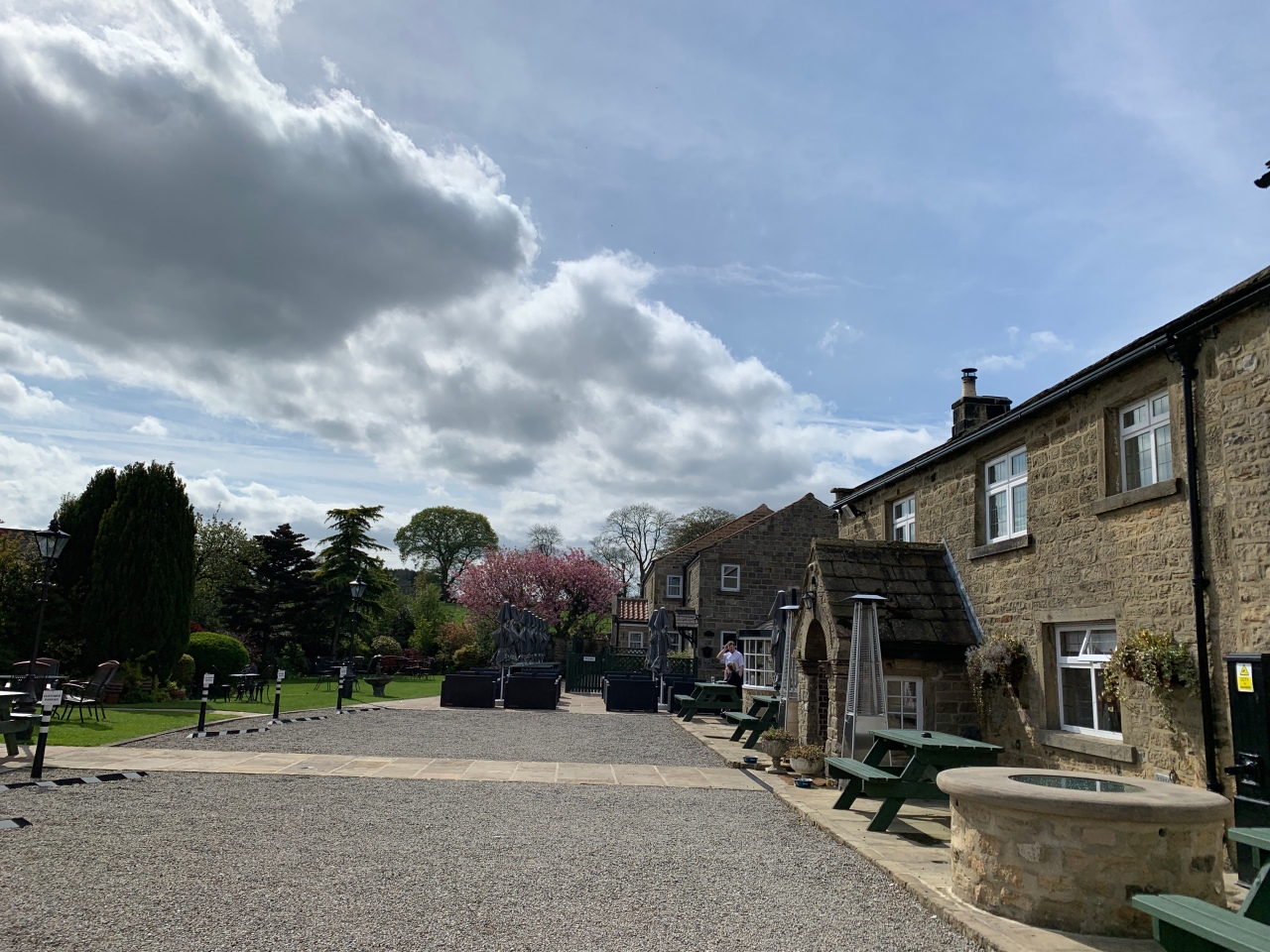 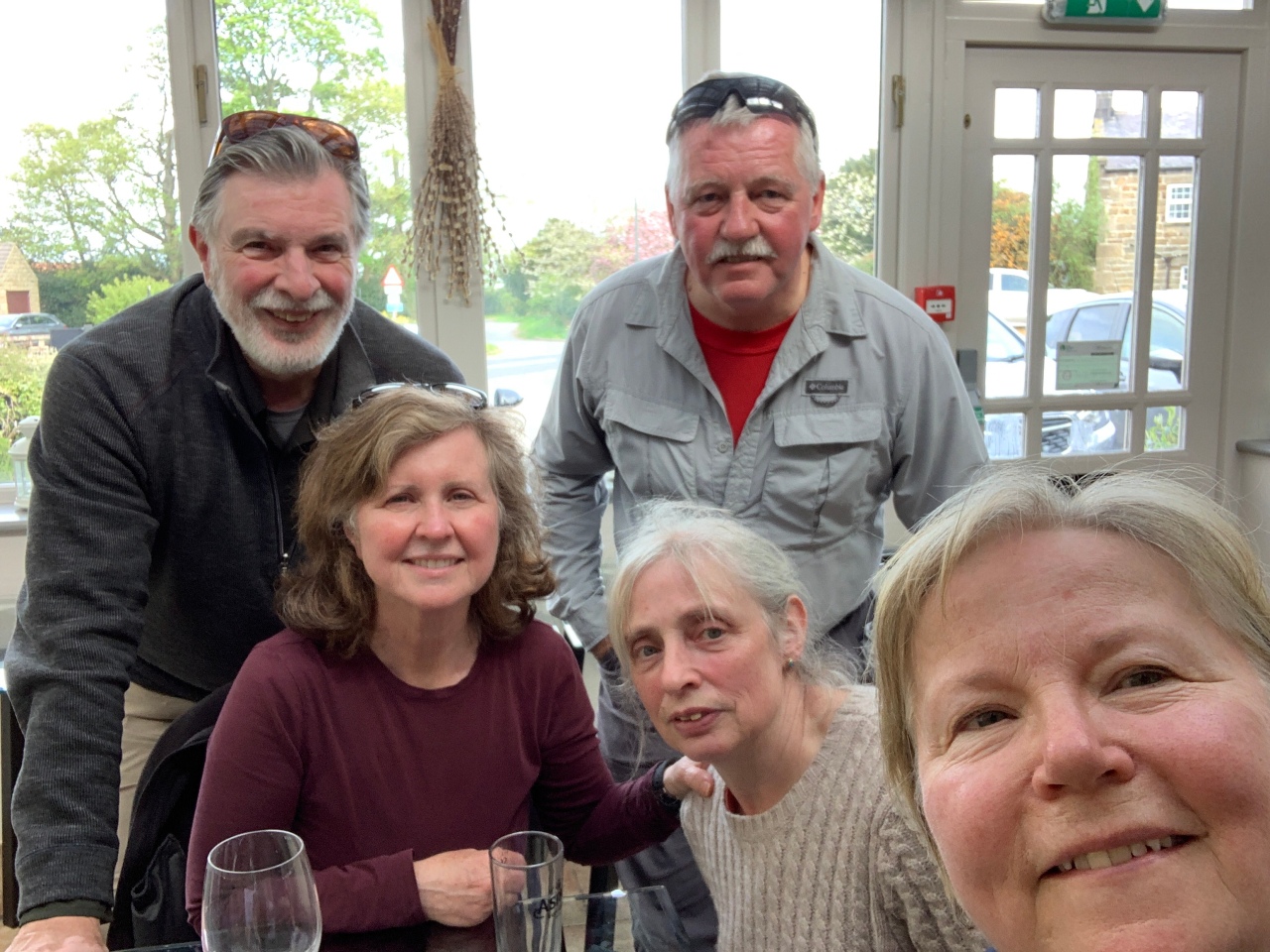 Drinks finished it was time to get into town and provision for supper and our lunch for tomorrow. It’s Pen-y-Ghent tomorrow. A brilliant climb then off to sample an ale from a quarryman’s pub. Not a bad plan for a Monday!